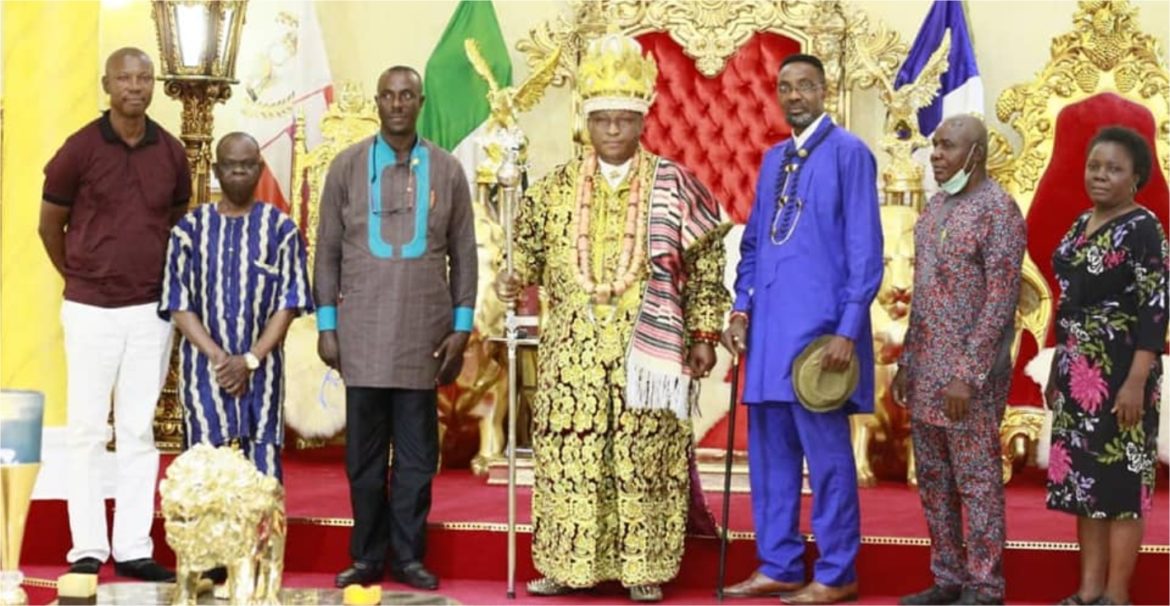 Going by the poor documentation of artifacts and other traditional mores and cultural paraphernalia in today’s society, the Amayanabo of Kirike Kingdom, His Royal Highness, King (Air Commodore) T.E.O. Ogube, J.P, Dss, Ogube1, Perekune Kingoli 1, has pledged to preserve the cultural heritage of Kirike people.

To achieve the set objectives, the traditional ruler unequivocally reiterated his readiness to cooperate with the Rivers State Museum to preserve artifacts of the Kirike kingdom to sustain and adequately preserve the rich cultural heritage of the kingdom.

The Amayanabo of Kirike kingdom made the pledge when the management of the Rivers State Museum paid an official visit to his Palace in the Okrika Local Government Area.

King Ogube said he was committed to preserving the rich culture of the people of the Kirike kingdom through a deliberate gathering of artifacts and historical documents, relating to the Kirike people.

The monarch said that the Kirike kingdom had an abundant reservoir of artifacts and rich cultural heritage which are reflected in the habit, marriage, skills, norms, mores, value system, plays, dressing, burial system and social behaviour and etiquette of the people.

The Royal father said that, as part of measures put in place to preserve the rich culture of the people of Kirike kingdom, he had initiated programmes that would ensure that the young generation speaks the Kirike dialect fluently and read Bible written in Kirike Language with effective skills as there are Krike Dictionary and other literature books available at major book stores in Rivers State and nationwide.

He stressed that in this era when foreign culture has infiltrated and eroded the African traditional ethos and system, it becomes imperative for the people to preserve their artifacts for generations yet unborn.

King Ogube expressed readiness to put in place a proactive mechanism that will fast track the study of Kirike dialect and Bible written in Kirike Language as this will help rekindle and rejuvenate the dying culture of the people.

Amaibari Israel said that it was the statutory responsibilities of the Rivers State Museum to visit government-recognized traditional rulers in the state to gather historical facts and artifacts which were displayed in the museum for tourists to see.

The people of Kirike kingdom are well known for their rich cultural heritage, with aqua-cultural historic exhibitions such as Boat Regatta, War Canoe House, family identification and other folktales and oral history of the people well documented as they were among the coastal communities that first had an encounter with Europeans who entered into several treaties before embarking on legitimate trade with the Kirike People of which Christianity also has its place in the cultural life of the people.

Massive protest against plot to dethrone Oluwo of Iwo