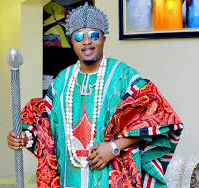 •OLUWO Of Iwoland Is Angry

It is no more news that the upsurge in ritual killing in Yorubaland keeps rising. Ritual killing in our society. Today, ritual killing has become a cankerworm and has eaten deep into our social fabric. As the dust of 1000 boys in Ajegunle was settling and that of Soka forest in Ibadan, the monster of Badoo rose with ferocity in Ikorodu, killing families in their sleep and using handkerchiefs to collect the victim’s blood and brains which they sold ritualist for 500k to. Recently we also heard of guys hunting for female pants and menstrual pad for the same amount. Different dens of ritualists have been discovered in several places in the southwestern part of Nigeria. A report says Ogun State was declared as the most deadly state with the highest number of ritual killings. Also, it has been established fact that people in Osun are running away owing to wanton killings for ritual purposes

With the look of things, ritualism steeped in human blood has now become a serious concern for many of our leaders, especially traditional rulers. One of the traditional rulers who recently aired his displeasure on the issue at the 70th birthday of charming Prince, Bayo Osiyemi when he was called to bless the celebrator is the Oluwo of Iwoland, Emperor Telu I Oba Abdulrasheed Adewale Akanbi. One could simply tell from his reaction that he’s not pleased with the high rate of ritual killing in his domain, as it has also become rampant in Yorubaland. He rained curses on all ritual killers and charged Amotekun to hunt them down. In his words, “As the Amotekun that was just launched is fighting marauders, please let them bear it in mind that, we also have what has been fighting the Yoruba race for a while now, and that are our children who the ritual killers are killing on daily basis in the name of looking for money. Let Amotekun start hunting those selling human body parts.

There are many directors without an office. They don’t have a particular job, but you see them living big. They are thieves. Those of you whom they were persuading to do money ritual, those of you who go to them for rituals and those of you priests who are doing money ritual for them; it shall not be well with you all. You will never amount to anything in your lives. You will all die untimely unless you repent and stop killing our innocent children.

Amotekun is a good concept but should also fight ritual killings and murders who are consuming the lives of our children on a daily basis. It’s so rampant in our society today and it’s a daily occurrence that these wicked evils walking our streets are cutting short the lives of our children. A Lagos state final year student was killed last month in Ikoyi area of Osun State because of some greedy bastards’ search of money rituals. Thousands are missing daily unreported. There is no money ritual that can cure African poverty other than hard work, innovation, creativity, and manufacturing and being productive… ritual killing is deadlier than kidnapping because it’s a belief system in many African minds. There are no more rampant kidnappings anymore because it was used as an election ploy by politicians.

So, as Amotekun is fighting marauders, they should also please hunt and fight all ritual killers. They’ve been on it for a while. Our population would have been more than this, but for the killing of innocent children every day. They also have markets where they sell human body parts. Tell them to stop. Let all our Lawmakers please come to our aid”

How Gov. MAKINDE Met His Wife In PORT HARCOURT