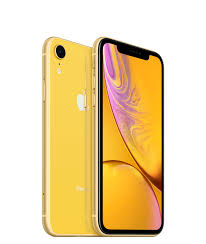 You may soon be able to purchase your favourite iOS devices like iPhone, thanks to poor sales worldwide by the almost trillion dollar manufacturer. Apple has been enduring slide in sales of its flagship mobile phone product in the last few years and it is sure hitting the bottom line of the company the way it did not envisage.

Hence, Apple has decided to crash the price of its products in emerging markets like Nigeria and India. This is effect means that there will be some form of discrimination in pricing of products in different countries of the world.

Apple sees this as a way of getting out of the conundrum of poor sales, thereby ensuring that it clears most of its inventory which has become a bone in the throat for the manufacturer. It also ensures that it continues to dominate the market.

There are indications that Apple will also be reducing the prices of some of its most expensive products, even in the developed countries. The market is already saturated as people are no longer as excited as they used to be whenever Apple introduces a new product. As a result of this, the new iPhone will not be priced out of the market.

iPhone enthusiasts are expecting the latest Apple iPhone 11 in the next few months as the company remains coy about when it will release this latest iteration. There has been a lot of speculation about the features and possible release date of phone.

There have been leaks about the features and release date however from reliable sources, who are predicting the features of the phone and going by the activities and antecedents of Apple, a release date of September 2019 is likely.

The prices are expected to start at $999 but if Apple follows through with plans of selling its products cheaper in the developing world, it might be some hundreds of dollars cheaper in Nigeria and India,