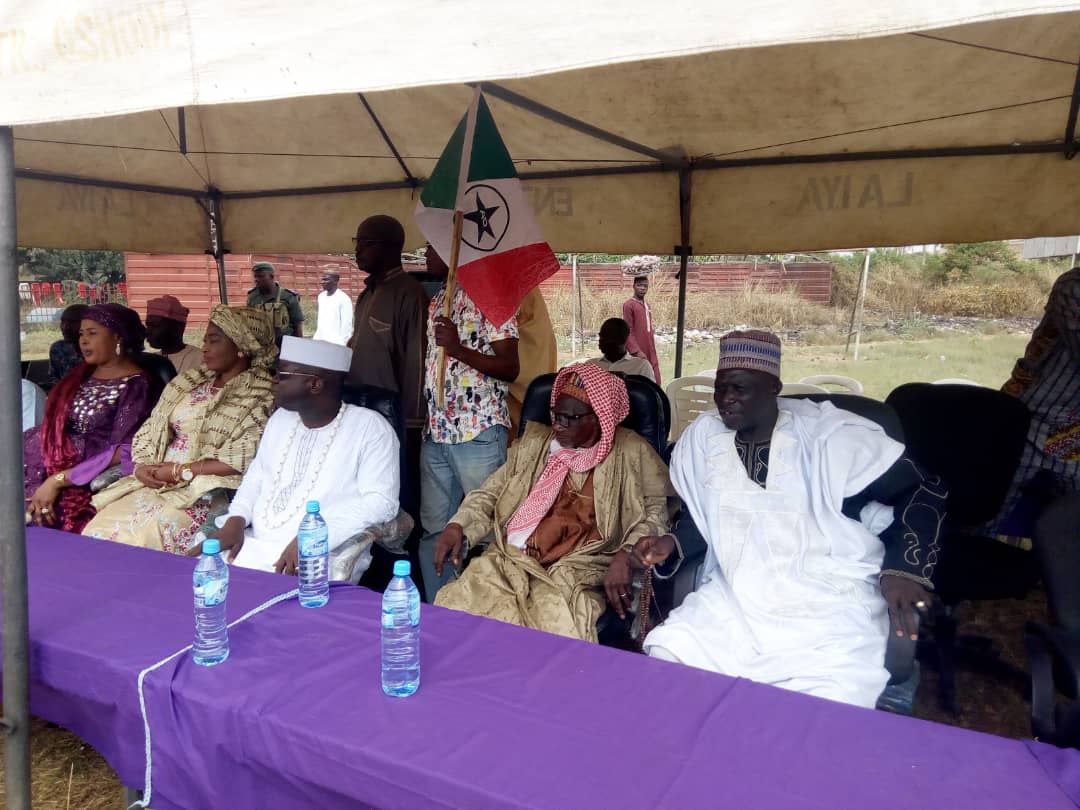 Northern communities in Lagos also known as the Arewa Integrated in conjunction with the Hausa/Fulani traditional rulers and  Elders in Lagos state have endorsed the governorship candidate of the Alliance for Democracy, High Chief Owolabi Salis for the forth coming election.

In the mood of celebration on Sunday, December 16, 2018, the Arewa integrated hosted High Chief Salis, his running mate, Princess Ogunji Orelope and other members of the Alliance for Democracy at the Federal Radio Corporation of Nigeria, FRCN complex situated at Shogunle in Oshodi, Lagos.

Alhaji Mohammad Yusuf, the General Secretary of the Arewa integrated who also stood in for the President of the organization, Mustapha Mohammad revealed that the Hausa communities in Lagos have decided to throw weight behind Chief Salis because they saw him as a man of his words and a politician with integrity.

He further said that Chief Salis has been considered as a nationalist who considers all Nigerians irrespective of their tribes and religion as important in his plans; therefore such a man loyal to all Nigerians is worthy to rule Lagos because of the peculiarities of the state.

“We are not here for selfish interest but a deep sense of responsibility. We are here to show solidarity to AD and High Chief Salis because we have spent so many years in Lagos and have seen the difference between him and the government of the day.

“We are all supporters of AD and Chief Salis and we are going to give him our votes and make sure that the votes count, he concluded.”

Chief Salis while speaking to the people reveals that his government if elected, will be all-inclusive, not leaving any tribe out because every tribe in Lagos has a way of contributing to the economic development of the state.

Speaking with at the event, Chief Salis revealed that the endorsement was not about him but the people picking their choices.

“As we speak, some parties are already being bought over and some interest groups too to carry out a  endorsement for the candidate of the ruling party. They are playing money politics and a lot of Lagosians already understand that they don’t have their interests at heart; they are not after socio-economic development but they are only after what they will get.

“People are already concerned and they know that what really matters is getting someone loyal to the masses into governance. Someone whose loyalty is to the people of Lagos state, the less privileged and the loyalty of their candidate is to an individual, that’s just where the difference is; he concluded.

Present at the event were members of the Alliance for Democracy, lead by the state chairman, Mr Kolawole Ajayi and other dignitaries of the Arewa Inclusive which include Malam Goni Umara, Alhaji Musa Kakachala, Seriki of Ogun state, Modu Karuye, Modu Hajube, adviser to Audu Barma GRA under the office of Uwai Kanuribe, Mustapha Muhammed, etc.