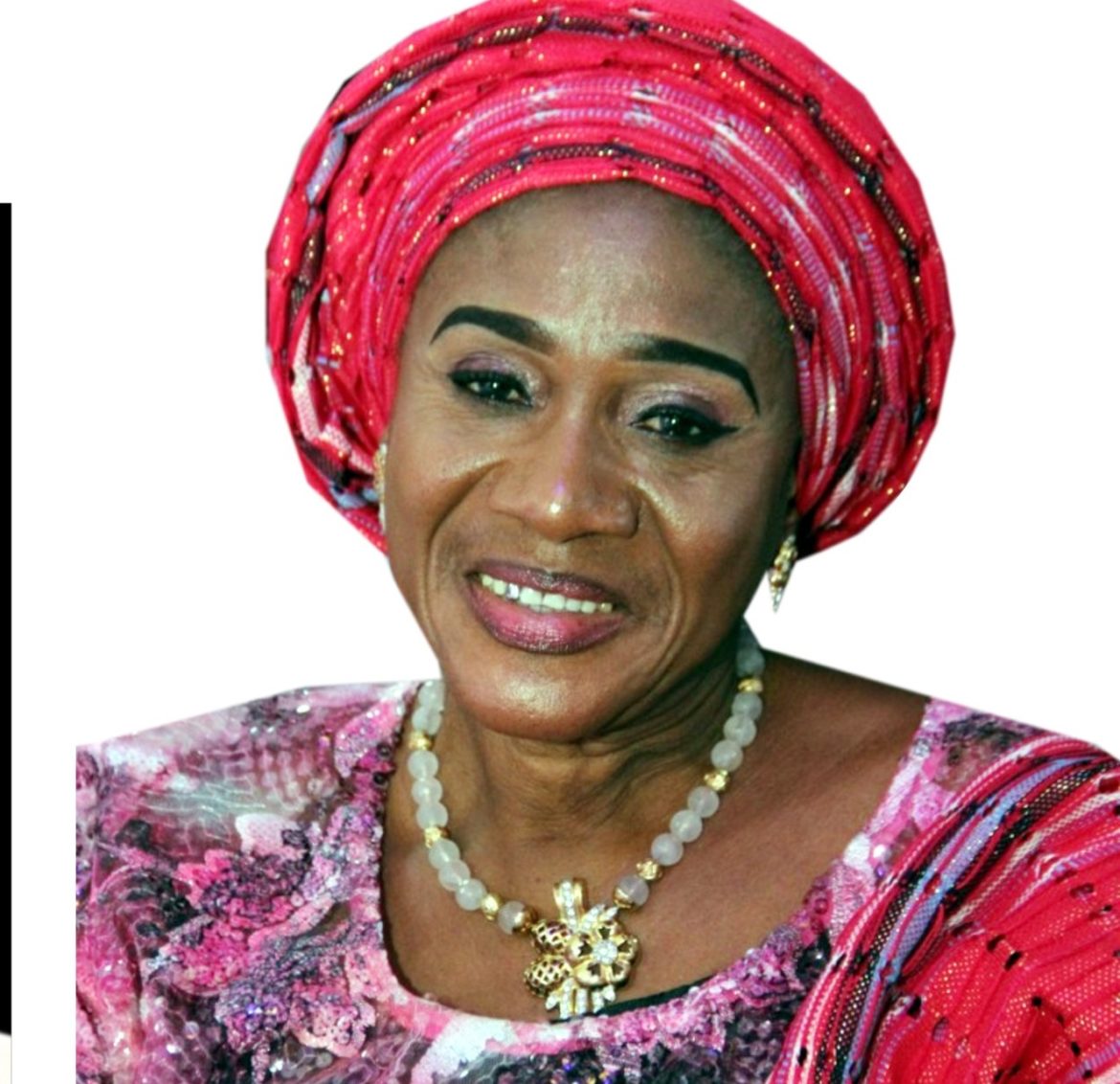 Do you know that Ijebuland will soon have a brand new Iyalaje-General? We can tell you that. Though it has not been announced officially. City People can authoritatively reveal that in a matter of weeks the Awujale will make the current Iyalaje the new Iyalaje General.

This popular Ijebu businesswoman who runs all her chains of businesses in Ijebuland is no doubt fit for the post. She was not picked because her husband is a rich Ijebu businessman but  Alhaja Alatise is a philanthropist herself.

Recently, City People Assistant Society Editor, ABIOLA ORISILE had an exclusive interview with her where she spoke on her new title, marriage and business.

You are the new Iyalaje of Ijebuland, can you tell us how the journey started?

I was made the Iyalaje of Ijebuland on April, 2017. Well, talking about my journey and how I was picked, it’s based on the fact that my business is in Ijebu-Ode and I have been doing this business for over 30 years. I have over 50 staff. I also think because of the many developments that I have brought about in Ijebu-Ode. I was the one who built and donated Ijebu-Ode Officers Mess. I have also done lots of water project.

You are one of the prominent Ijebu families, who is Fatimo Alatise?

I am Iyalode Fausat Alatise as you know. I am a businesswoman and my business’s  name is Ramat trading store. I am a Beer distributor who is married to Alhaji Adegboyega Alatise. He is the Aremo Gbegande of Ososaland. He is also the Otunba Badero of Ijebuland. He is the Otun-Giwa of Bobagunte Okunrin Akinlejebu.

I was born in Ijebu-Ode on August 16, 1959 by Alhaja Adunola, the Iya Adinni of Ijebuland and my late father was Bisiriyu Adedeji. I am the 2nd of 4 children. My husband is also the 2nd of five children.

You speak impeccable English, why did you decide to go into business?

Well, after I finished my secondary education at Luba Comprehensive High School in Ijebu-Ode, that was when I decided to go into business.. This is because all of my result were siezed. I was a very brilliant student way back in secondary and most of those who were in my school as at that time could testify to it. I was the assistant prefect and hostel prefect. I got the two prefectship on merit. I was the only female student who sat for the 3 Science subjects, Physics, Chemistry and Biology back then. The only reason I didn’t further was because I had promised myself not to retake. So, I joined my mother in her business at Oke-Arin Market.

She sold provisions back then. My mother runs one of the biggest provision stores called Adunola Store at Oke-arun on Doherty Street. Later I got married to Alhaji Gboyega Alatise, so I had to relocate to Ijebu-Ode. When I was leaving for Ijebu, most of my friends like Alhaja Morufat Obanikoro (Senator Musiliu Obanikoro’s wife), Alhaja Ramata Oshodi (the Yeye Iya Olori-Oba Saheed Elegushi), Saki Agoro, Mowunmi Banjoko, Omowunmi  Kafelat who  were all my childhood friends wept for me. You know the fear that comes with relocation after marriage. They were all asking me, Korede how are you going to cope in Ijebu? What will you be doing? How are you going to make it? The fear was there as we were all Lagos babes.

But I felt I should be able to cope. So I joined my late mother-in-law in her beer business. She was a top distributor of all brands of beer in Ijebuland. So, in 1986, my mother-in-law decided to stop the beer business because of religion and went into groundnut oil business. So later, my husband and I went into poultry business in Ososa, near late Hubert Ogunde House. Later, we went into cold room in new market in Ijebu-Ode. Then I went back into beer business. I got the distributorship of Guinness, Nigeria Breweries, Lacasera and all sorts of drinks.

How did you hit it big in business?

I started as a wholesaler with 2500 naira in 1990. Even the 2500 naira was not mine. I did monthly contribution with a late sister of mine, Mrs Ojuolape Oyeleduni who ensured through the help of my elder sister that I      get number 1. So, it was this contribution of 10 participants with 2500 naira each that I started my business with. It was the number 1, with the help of God and the support of my husband, my family that made it blossom.

Why did you relocate to Ijebu-Ode even as a Lagos babe?

It is because of the love I have for my husband. He loves me till date and it was that love that made me move to Ijebu. I also told my friends that I won’t travel abroad to make it. I will make it here and that was what happened. I always tell them I will make it doing local business and not imported and that was what happened. I cannot credit myself, the glory is to God. Honestly, He has brought me this far in life. Prayers have made me who I am today.

Where did you meet your husband?

We went to the same school, Luba Comprehensive at Ijebu-Ode. When we were in school, as I said, I was a very brilliant student. So, virtually everybody knows me. My husband is from a very rich family but that was not the attraction. So, I  always say, me I cannot date him as people were attaching us together. I used to abuse him and we used to fight a lot. But later, I left Ijebu-Ode after my Exams to join my mother, he came calling again, professing his love for me. All his siblings also called me their wife and that was how we grew in love.

We have been together since 1983. So, we have been married for over 33 years.

What is the secret of a successful marriage aside love?

You know, my husband is a very popular man and people like him. He is a socialite who mingles with female and male counterparts. But I recalled early in life that “a man can marry as many wives he wishes but a woman is to a man. So,  I respect myself.

Are you the only wife to your husband?

I am the first wife, though, he has other wives.

How do you cope with your husband’s female friends?

I know my husband loves and respects me a lot. So, I am always not bothered. Fighting will not change any man. If you ask your husband not to mess up with people from far places he will mess up with people around you.  It is better you give your man free hand. Be rest assured, he will realise his mistakes later when you don’t fight or argue with him.

You are 58 years old now, but you don’t look it. What is the secret of your look?

I give myself peace of mind. I didn’t bleach my skin. I eat right and I love fruits and vegetables a lot. All these have kept me in shape. I also don’t take alcohol. My mother-in-law also pressed my body after child birth.

Which of the age groups do you belong to?

You had an ordinary secondary certificate and you are very knowledgeable. If you had furthered, what would you have become?

I think I would have been better off if I had brushed up myself. But even if   I had gone to school, I would have gone into business. Even on Sundays, I go to shop to do my business. I hate idleness.

What name do you call your husband?

I always call him Gboyega. Don’t forget we started off as friends. We were also of same age-group. People hardly believe we are husband and wife,  there is no secret at all between us. There is nothing my husband doesn’t tell me. Even if I am going to get angry. He tells me everything and I mean everything and I do same to him. We were told this by our family doctor, when we got married. His name is Dr. Ojedokun. So he advised both of us. He told us if my husband does anything, he should tell me before people from outside tell me.

How  do you rest?

I rest when I am at my comfort zone. If it is7 p.m. I get to my room I will sleep to wake up by 6 am the following day.