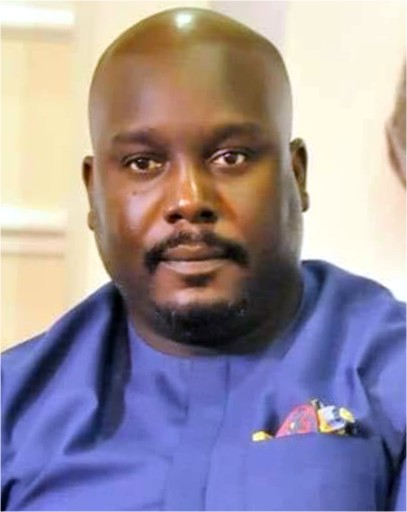 Not many Bayelsa state citizens knew Senior Pastor David Ibiyeomie had wanted to have one of his best financiers made an executive Governor to take over from Seriake Henry Dickson until death took multi-Billionaire Keniebi Okoko away at a Lagos Hospital. The incident took place before the 2020 Governorship election after late Pastor Keniebi Okoko participated in the PDP Governorship primary election as he emerged 3rd behind senator Duoye Diri who later won the election proper. His choice of Late Pastor Keniebi Okoko must not have been unconnected to the fact that he was the son of Professor Kimse Okoko former National President of Ijaw National Congress and a Professor of Political Science at the University of Port Harcourt, Rivers State.

Late Pastor Keniebi Okoko was very hefty and he had wanted to travel abroad for Liposuction surgery but the international travel restrictions made the multi-billionaire to resort to local treatment and a Lagos hospital was his destination. The life and times of Keniebi Okoko was spent in the acquisition of academic degrees first from the University of Port Harcourt where he studied Economics later Political Science degree from Carleton University in faraway Canada.

Not done with his academic prowess in 2014 he earned a Postgraduate Degree from the University of Pennsylvania on Strategic Thinking. This erudite scholar also acquired advanced knowledge in Business from Harvard Business School United States of America-USA in 2015 where he concentrated on Finance for the Senior Executive Programme.

The 42 years old Okoko before his untimely death started in 2016 Harvard Business School Owner President Management -OPM, Management and Leadership Programme which he completed in preparation for his Governorship bid in 2019.

HOW HE MADE BILLIONS OF NAIRA FROM OIL & GAS

The smart businessman and Pastor Keniebi Okoko happened to be the Founder and Chief Executive as well as the Chairman of KDI Group of Companies which was into several top investments in Oil and Gas, Power, Infrastructure and Agriculture which turned around the economy of Nigeria with his focus in empowering Bayelsa State youth majority of who he employed in his chains of companies before his untimely death in April 2020.KDI Ltd a flagship of late Keniebi Okoko runs several haulage energy-carrying trucks that criss-cross all over Nigeria and major streets of the Niger Delta region have a lot of such trucks with KDI signature imprints on them.

HIS DEATH WHILE HAVING ANAESTHESIA

On 14th of April, 2020 while he was having anesthesia for the Liposuction surgery at an undisclosed hospital at Lagos there was general light-out the usual Nigeria electricity Power failure which resulted in abruption in the operating Theater room. Attempts were made to switch over to an electricity generating set which was troubleshooting at the time after the doctors were said to have unsuccessfully tried to save his life but to no avail as he breathed his last while on the operating bed. Thus, ended the dreams and aspirations of David Ibiyeomie, highly valued Pastor Keniebi Okoko who was behind most philanthropic projects.