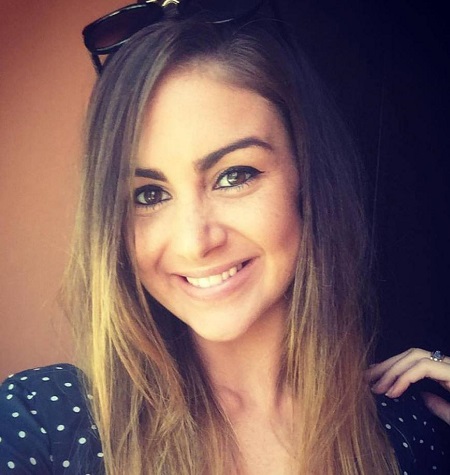 A beautiful young woman has accidentally killed herself while trying to frighten her boyfriend after a row with him.

An inquest has heard that Abigail Brown, a British backpacker accidentally hanged herself in a Thailand hotel room in a tragic attempt to “frighten” her boyfriend after rowing with him.
According to The Sun UK, Abigail Brown, known as Abi, was found lifeless on her bed by James Brum, 30, in the popular holiday island of Phuket.
The couple were holidaying when they had a row in the White Room nightclub and Abi returned to the apartment “in a huff”.
James gave her three hours to “cool off” but returned and found her dead on January 7 this year.
The 26-year-old’s mother Jane Rowland told Portsmouth Coroner’s Court of the moment James called her in the UK to tell her the devastating news.
She recalled: “James said Abi is gone. We had a silly row, she went back to the room. She hung herself. She’s died.
“He said [the row] was nothing. They did not really row. I did not see them all the time but they had a whole future planned. “That night she had too much to drink. She had gone back in a huff.
“I know in her mind she thought he was going to follow her back, find her and they would move on and never have that row again.
“I truly believe Abi did not mean to take her own life. She meant only to frighten him or upset him or make him realise how upset she was in that moment.”
She added: “James and Abi were a loving couple, they were going to get married and have four boys. They had a whole future planned.
“Even though James was a mixed martial arts fighter, he was more like a librarian as a person. He’s soft and gentle.”
A Thai police report said Abi, who had travelled to India, the Philippines and Australia after giving up her job as a PA in London, was found unconscious in the room wearing a black vest and black trousers.
The inquest heard the cause of death was given as asphyxiation or suffocation.
Coroner Samantha Marsh recorded a verdict of misadventure. She said: “I don’t believe that beyond all reasonable doubt that, that was what she intended to do. From what I have heard I am going to record a conclusion of misadventure.”
She added: “I believe Abi undertook a risk, and that was the risk of putting something around her neck but I don’t believe Abi intended the consequence of what she did.
“It’s a complete waste of what seemed like a very, very promising, happy life ahead for Abi and James together as parents and you as future grandparents of four boys running around you.”
Jane added afterwards: “We will always be saddened by the death of our beautiful daughter Abi. There is no one to blame for this moment of folly.
“But there is a lesson to be learned. When young people travel to these hot exciting places with cheap and unregulated alcohol they need to look out for each other and always stay safe.”
Beautiful Lady Accidentally Hangs Herself While Trying to Frighten Her Boyfriend After a Row (Photos) was last modified: May 17th, 2017 by Arinze Ago