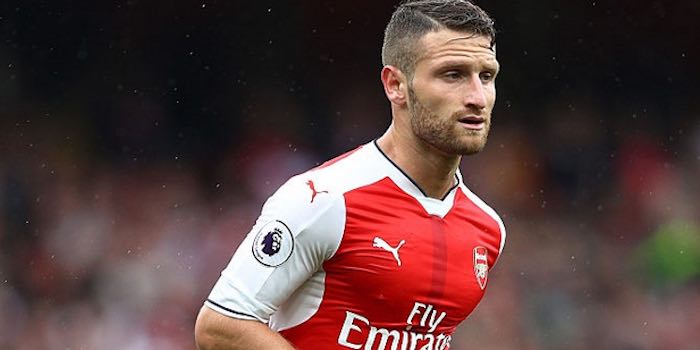 Arsenal face a huge defensive woe going into Saturday’s FA Cup final against Chelsea, with Shkodran Mustafi doubtful with a suspected concussion.
The 25-year-old suffered a blow to the head during his side’s victory over Sunderland last Tuesday.
He finished the match but developed symptoms which subsequently ruled him out of Sunday’s win against Everton.
Laurent Koscielny is suspended for the Wembley final while Gabriel left Sunday’s game on a stretcher.
Germany international Mustafi was initially expected to return to face Chelsea at Wembley, but the problem is understood to be more serious.
Fellow central defender Koscielny is suspended after being sent off in the first half against Everton, while manager Arsene Wenger said the knee injury which forced Gabriel off “doesn’t look too good”.
Gabriel’s replacement Per Mertesacker came on for his first appearance of the season having recovered from a knee injury he suffered in pre-season.
Mustafi joined Arsenal for a fee in excess of £35m last summer and has played 37 times for the club this season.