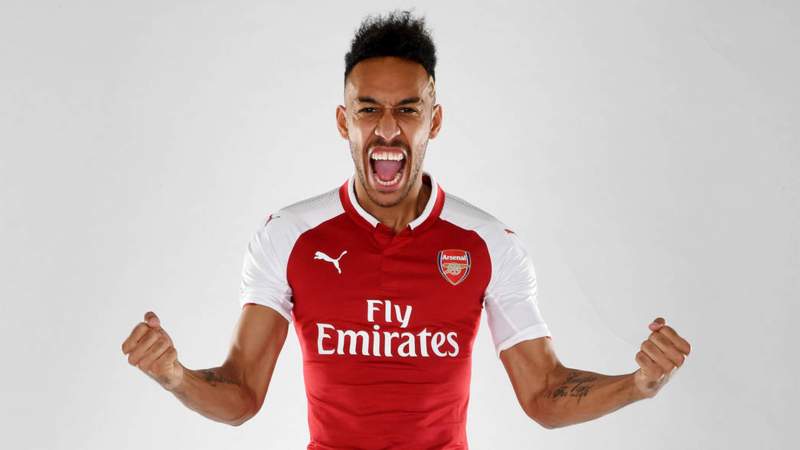 Arsenal have completed the signing of Pierre-Emerick Aubameyang from Borussia Dortmund for £55 million plus £5m in further add-ons.

Aubameyang, 28, has been subject of negotiations between the Gunners and Dortmund for several weeks, with Arsenal having refused to meet the Bundesliga side’s €70m asking price.

The striker, who scored 31 league goals last season, was left out of two consecutive games for Dortmund after missing a team meeting, with head coach Peter Stoger accusing the frontman of not being focused.

However, Aubameyang started in Dortmund’s draw with Freiburg on Saturday amid claims from the Bundesliga side that a transfer would be sanctioned if Arsenal reached “certain parameters”.

Arsenal eventually reached an agreement to make Aubameyang a club-record signing after Dortmundwrapped up the loan of Michy Batshuayi on the final day of the January transfer window to replace him .

Dortmund had been keen on bringing Olivier Giroud to the Westfalenstadion as a short-term replacement for Aubameyang but the France international opted to stay in England for family reasons. Following Batshuayi and Aubameyang’s moves, Giroud could make the switch to Chelsea before the window closes.

Aubameyang joins up with former Dortmund team-mate Henrikh Mkhitaryan at Emirates Stadium after the Armenian joined in a swap deal which saw Alexis Sanchez head to Manchester United. The duo combined for 62 goals in all competitions two seasons ago.

This season, Aubameyang has scored 21 goals in 24 matches in all competitions. He has found the net 141 times since joining BVB from Saint-Etienne for €13m in July 2013, and he also has 23 goals in 56 caps for Gabon.

Arsenal said in a statement: “Pierre-Emerick Aubameyang has joined us from Borussia Dortmund on a long-term contract for a club-record fee.

“Our second signing of the January transfer window, the 28-year-old is one of the world’s most highly-rated strikers. He scored 98 goals in 144 Bundesliga games for Dortmund and had a hand in 172 goals in 213 matches in all competitions for his former club.

“That works out at an average of 96 minutes per goal or assist.

“Auba is the Gabon captain and all-time top goalscorer, and became the first Gabonese winner of the African Footballer of the Year award in 2015.

“This deal is subject to the completion of regulatory processes and Auba’s squad number will be confirmed shortly.”

He said the UN was urging “that all Kenyan parties, political actors and their supporters maintain a lawful and peaceful social and political environment.”