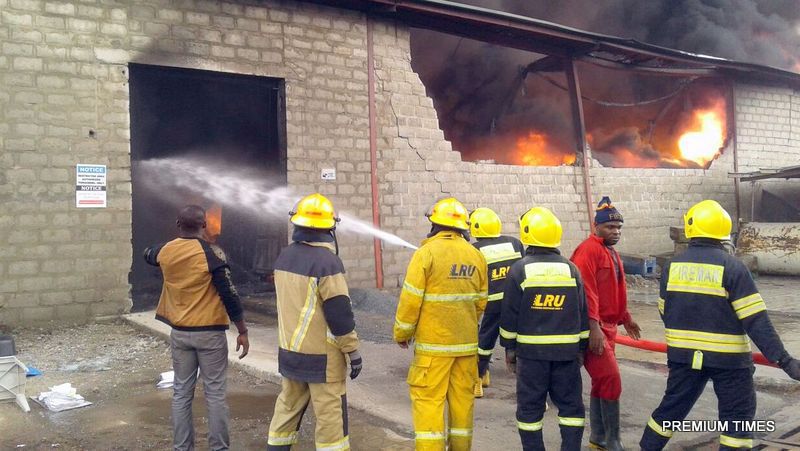 There has been a fire outbreak at Rida plastic industry on the Oshodi-Apapa Expressway, by Barack bus stop, Lagos.

Fire fighters from the Lagos State fire Service and other private and public agencies including the Ikeja military cantonment were on ground to put out the fire.

The fire has been curtailed from spreading to the cantonment and other factories around the area.