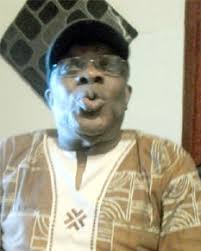 Ray Mike Nwanchukwu is unarguably one of the last of the originals in media communication in Nigeria. Having transverse the whole gamut of communication.

He has over time become a household name in Nigeria ie Television, Radio, Prints, etc. Amongst his contemporaries, you will find the likes of Benson Idonije, Mr Segun Sofowote, Femi Asekun, etc. It came as a rude shock to the entire media world when the sudden passage of his death was announced this morning. Like a train, he moved from radio to television to advertising to music production and even had his stint in daily times.

Ray Mike Nwanchukwu was very intensely passionate about Highlife music genre when he was alive. He frequented the office of his friend Mr Femi Esho the Largest collector of Highlife Music in Africa to exchange notes on highlife music at different times., He was very famous till his passage as the anchor of a popular highlife programme On Classic F.M.

During the programme he serenades his audience with a wide range of highlife music catalogue from different countries across Africa. He also gives key informant information about songs and event about the songs. Ray Mike Nwanchukwu is an embodiment of talent. I remembered my very first encounter with him was in 2015 when some group of music lovers MMIs organized an 80 years celebration for another music encyclopedia in Nigeria Mr Benson Idonije.

At this event which had in attendance an array of respected art and music stars ie Jimi Solanke, Taiwo Ajayi Lycett, Femi Esho, Dele Adetiba, Jones Usien, etc Ray Mike Nwanchukwu was one of the keynote speakers and he gave a lecture on “Highlife Music as a Nigerian Idiom”.

Mr Ray Mike Nwanchukwu started the topic by taking his audience back to the evolution of Highlife music in West Africa. It was clear from his wealth of knowledge on the topic that he was very well grounded in the affairs of his African root especially highlife music., He was one of the very first who started stereo studio in Nigeria. As a staff of one of the leading advertising companies in Nigeria Lintas Communications he hated the trend of companies going abroad to run commercials. In his one room apartment in 1977 he started doing commercials for companies.,

He was a man of many parts who believed so much in Nigerian music and he had a music studio at his surulere house where he encouraged and produced many known Nigeria musicians. In many interviews he encouraged the young upcoming musicians to sing more educative and informative songs for the purpose of posterity., His last public appearance was last year December when he was invited to a music end of year party by some music lovers somewhere in Jibowu Lagos.,

Ray Mike Nwanchukwu finally breathe his last at a Lagos Hospital where he has been on admission in the past few days. It is no doubt that Ray Mike Nwanchukwu has contributed his own quota to the Nigerian entertainment industry like many others who have remained uncelebrated today. Adieu!! Uncle Ray.