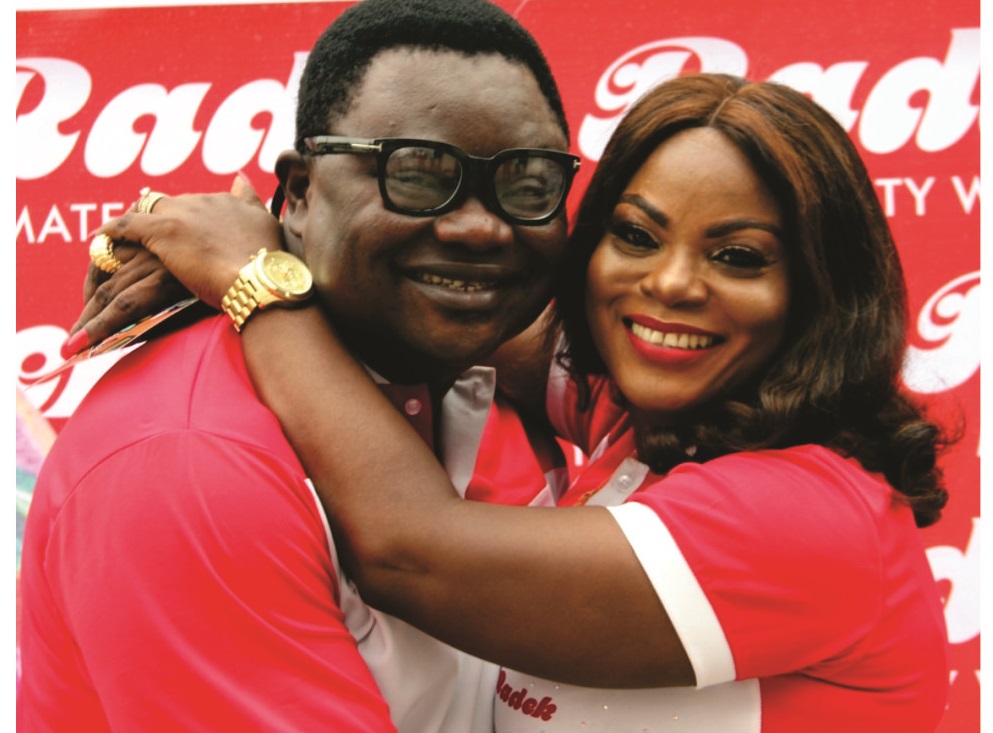 Easter Monday, April 2nd, came with a lot of fun and merriment when Lagos society woman, Radeke Kupoluyi, the popular face behind a popular fashion store, Radek in Ikeja especially in Alade Market opened another flagship store in Lagos precisely on Allen, It was the 3rd in a row and the new outlet, which caters for pregnant women is situated close to her 2nd shop. Her face might not be as popular as the name of the brand, but at the mention of Radek on Allen and in Ikeja area, it has become a recurring decimal in which you will always find someone to tell you about the shop and where it is situated. She is one of the beautiful women, who run big stores in Alade market.

She is very popular at Alade and in Ikeja as a whole. Her shop has become a one-stop-shop for expectant and nursing mothers. She deals majorly in casual wears, dinner wears, maternity wears and corporate wears. She is a regular traveller, pretty wife of popular E-27 magazine and Flip TV Platform publisher, Biodun Kupoluyi. She looked radiant in a black jean with her customized T-shirt for her outfit and was supported by her children, family members and friends, who all came together to celebrate with her on another milestone and achievement especially her darling husband, Biodun, who she thanked endlessly for all his support over the years.

The lovely ambience of the venue, which was decorated in colours of love, Red and white, done by Abinibi Events Cottage led by Tunde Olawuyi set the tone for the opening. At exactly 1pm as officially stated, the shop dedication started with praise and worship and then the opening prayer was delivered by Pastor Lolu Ogunmade. The short sermon and thought-awaking message was presented by Rev mrs Harriet Olubiyo, the wife of the senior pastor of Triumphant Christian Center, TCC, pastor Samuel Olubiyo. In her sermon, she urged the celebrator to continue to be closer to God and always place any of her work in God’s hands. She also always admonished everyone to take everything to God before they established any business. Afterwards, the celebrator was called upon to say a few words on how she started.

She told the guests, about her journey, how she started selling from the booth of her car, and also later she got a loan of 150k and from there, she opened her first shop at Alade and to the glory of God, she just dedicated the 3rd one. Then, it was time for dedication proper, Rev (Mrs) Olubiyo advised the guests with some few biblical words. She cut the tape and declared the shop opened. She was joined by other guests into the shop where she also sanctifies all the wears. Guests were treated to sumptuous delicacies and exotic drinks. At the party were the family members. 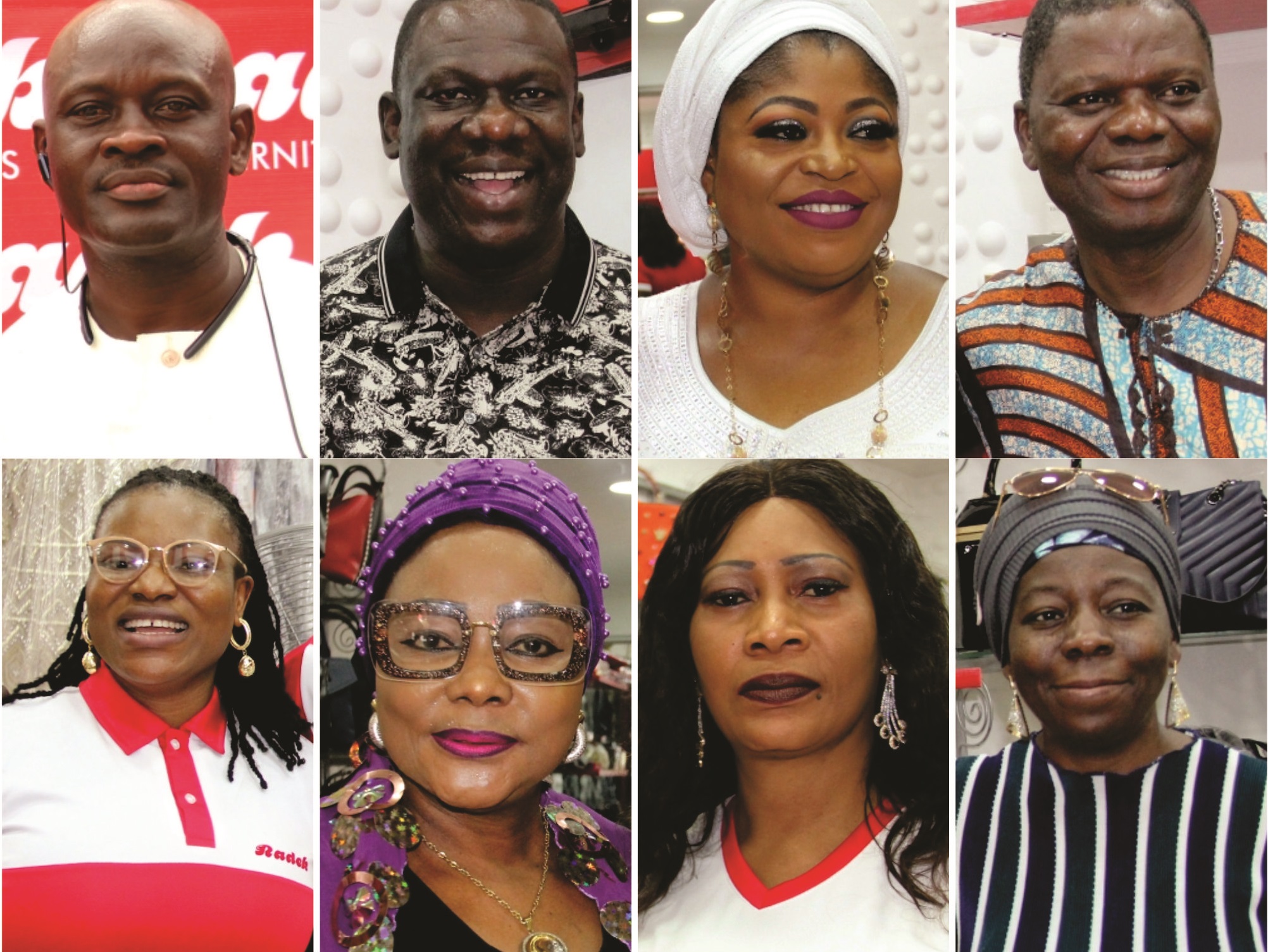 Especially Radeke Kupoluyi inlaws and many other society women who patronized her by doing some huges shoppings at the shop opening. Sighted were Yeni Anikulapo Kuti, who looked ageless in a red jean and flowery red top. Lagos society woman and top fabric merchant, Lara Akinsanya, the CEO of Affordable Shopping mall and Affordable catering was also at the event with her best friend of many years, Ola Aladesuru, who runs a big hospitality business in Lagos. They looked beautiful in their choice of dresses and also did some shoppings before they left. What about Iyalaje of Lagos, the CEO of Fisolak resources and an Ife Princess, Toyin Kolade. She stormed the opening in her usual white colour outfit. She was also not left out in shopping spree at the opening.

Popular society women who has been trading in Ikeja for over 30 years and who deal in best luxury shoes and purses, TOPSHOP Boss, Foluke Adeniyi Jones and Montai stayed for many hours too. Idowu Ogunlesi of Amazing Grace fabrics was there too. Celebrators friend of many years, Jumoke Otitoloju, was more than a friend. She was up and doing all through and we can tell you that her friendship with Radeke Kupoluyi started when they were in their teens and it keeps waxing stronger, infact they have become inseperable duo that practically Jumoke has become part of the Kupoluyi family and vice versa. Jumoke also runs one of the upscale boutique in Ikeja, precisely in Alade Market.