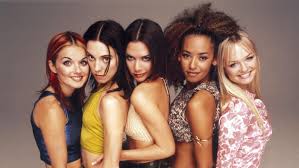 Spice Girls star Mel B has confirmed the group’s reunion will take place this year.

The singer, whose real name is Melanie Brown, said there is one member of the girl group who has been holding up proceedings.

When asked if all the band would be involved, she told ITV’s Loose Women: “There’s one that’s been a bit difficult. But she’s getting roped in.”

Pressed if it will happen this year, she said: “Yes, yes. We are going to start this year and then go on till next year.”

Earlier this year the singers confirmed plans to work together on new projects, sharing a snap of themselves at Geri Horner’s house.

However, Victoria Beckham later denied that the Wannabe and Spice Up Your Life group were going on tour.

Brown previously told the show: “All five of us have signed with Simon Fuller… It’s all very exciting.

“It’s going to be a bit of everything. If it was up to me we’d go on tour immediately. Maybe we will soon… Hopefully.”

The former X Factor judge said: “I’ve always said we’re definitely touring. I think I’ve just been nagging them all a bit too much.

“I stopped nagging and then they all said ‘yes’. I shut my mouth.”

Robin gets dark in the first trailer...