Home Entertainment Daddy Showkey – Singer says there are plans to kill him.
Entertainment 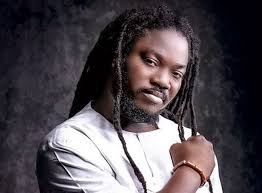 Daddy Showkey isn’t a happy man at the moment as he has revealed that there are plans to kill him.

In a video released by the veteran singer on his Instagram page on Monday, July 16, 2018, he highlighted his frustration with the Federal government who he claims gave an unidentified man the right to park petroleum tankers in Ajegunle.

“Information reaching me is that are planning to kill me I dey I look una, The Tankers and Trailers Parking around our neighborhood should leave now. We are Crying Out Now #showdonshow #daddyshowkey #lionclan #asalamamovement #ajegunletotheworld #ajegunle pls my people #repost to save a life,” he captioned the video.

This kind of allegation Daddy Showkey is leveling on some certain elites is quite huge and can spark up a lot of uproars especially from the people of Ajegunle community. We’ve noticed that lately, Daddy Showkey has been calling out a number of people as we can still remember the incident with the Mamuzee twins.

Daddy Showkey paid a courtessy visist to a couple who finally welcomed a set of quadruplets after seven years of marriage back in February 2018. The veteran musician took to his Instagram page on Monday, February 5, 2018, where he posted a photo of himself and the couple with the babies. Daddy Showkey didn’t mince words as he was excited about the birth of the babies.

“Who say God dey sleep, look at this family after 7 Years of marriage No Child but when God want to show is Power he blessed them with 4 boys , we always thank you God, Lagos State Government Officials to Says because the Children were not delivered in Lagos hospital them will not be celebrated che na una bi God after una go go for Church dey God name Congratulations to this great family #showdonshow #daddyshowkey #lionclan #ajegunletotheworld #ajegunle,” he wrote.

Daddy Showkey isn’t just your everyday musician as he made waves in the 90s and early 2000s with his street style of music. He famously known for the introduction of the dance moves ‘Galala‘ which till date remains one of the most popular Nigerian dance moves.

Daddy Showkey – Singer says there are plans to kill him. was last modified: July 16th, 2018 by Igbokwe John