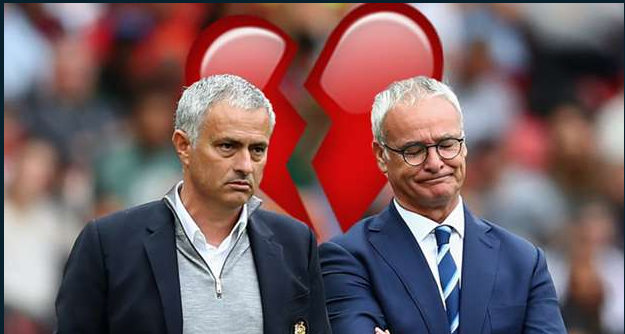 Manchester United manager on Friday treated everyone to the tribute to former Leicester City boss, Claudio Ranieri.
The event meant to be a straightforward press conference ahead of the EFL Cup final was instead hijacked as a piece of high theatre.
“Probably the season started with the typical selfishness of others,” he said in reference to Leicester’s players and their distinct level of under-performance.
“People thinking about new contracts, people thinking about leaving, people thinking about more money, people forgetting who helped them reach a certain level.
“If some of the stories I’m reading are true, or have just a little bit of truth, it’s difficult to find words to justify that.”
Since winning the title, Leicester players have dined out on autobiographies, clothing lines, limited edition runs and even a Hollywood blockbuster in the pipeline.
There have been £100,000+ contracts dished out left, right and centre.
What has not been matched this season is the level of desire from that historic year. Leicester’s players simply could not cope with winning and their manager could not cope with training a winning team.
We will never know for sure to what extent Leicester’s players “downed tools” or if indeed Ranieri “lost the dressing room” but, certainly, Ranieri lost the spark.
His players carried out his instructions to a tee to win the league title but were left bemused by his changes the season after.
There is no doubt though that Mourinho looked at the situation from the outside and deduced that the same thing was happening to Ranieri as what happened to him at Chelsea.
And that speech on Friday was the speech Mourinho wishes he could have made back when he was sacked by Chelsea – pointing fingers at selfish, traitorous players who undermined their title-winning manager through a lack of effort and desire.
It was a speech less about Ranieri and Leicester than it was about Mourinho and his players at Chelsea.