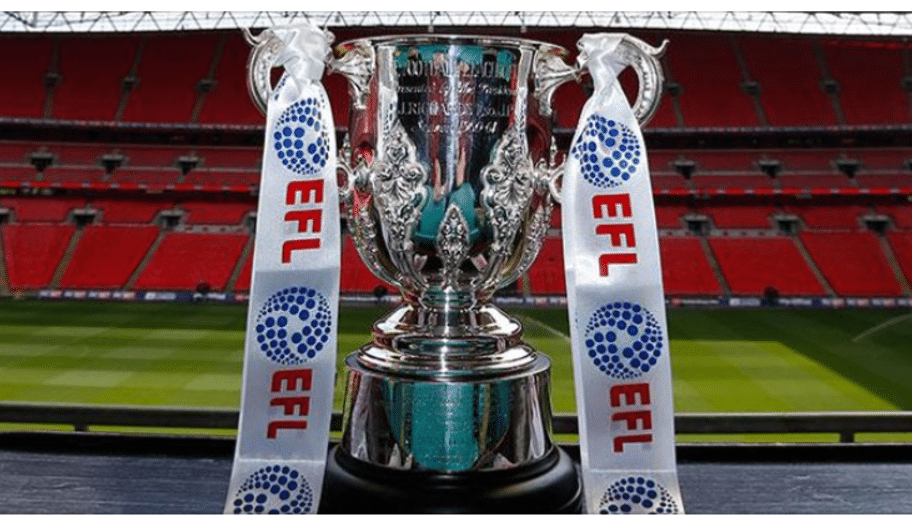 The English football league cup is preparing to draw its final curtain as Manchester United will face Southampton at Wembley on Sunday afternoon
Martin Caceres could make his debut for Southampton as the Saints bid for a first major trophy since 1976.
The 29-year-old former Barcelona and Juventus defender joined the club last week and impressed boss Claude Puel during a training camp in Spain.
United captain Wayne Rooney, who had been linked with a move to China, will be involved, manager Jose Mourinho confirmed.
The special one is looking to add to the three League Cups he won at Chelsea.
Victory in Sunday’s match at Wembley would mean the Portuguese wins a major trophy in his first season as United boss.
“The important thing is the club and obviously the club won a trophy last season,” he said, referencing the Red Devils’ FA Cup success. “Let’s try to win another one this season.
“I am in a period when I am more and more and more a club man.”
Sunday’s game will be Southampton’s first trip to Wembley since winning the Johnstone’s Paint Trophy final against Carlisle in 2010.
The Saints, who lost their previous League Cup final – against Nottingham Forest in 1979, beat United for their only major trophy, the 1976 FA Cup.
“Of course it is a great moment for the fans and I hope we can give them pleasure and joy to see this game,” said manager Claude Puel, who – like Mourinho – was appointed in the summer.
“I know the last time Southampton won a cup was in 1976 against Manchester United. It’s a long time and it will be fantastic to take a good result.
“I think it’s important and I can understand all the good atmosphere around the team and the fans, but it’s important for us to keep focused and with a good concentration about the game and not what happens after the game.”
United attacking midfielder Henrikh Mkhitaryan will miss the game after a hamstring injury during Wednesday’s 1-0 Europa League win at Saint-Etienne.
Midfielder Michael Carrick is fit though he injured his calf in France, while a late decision will be made on defender Phil Jones, who has a foot problem.
Southampton hope playmaker Sofiane Boufal will return from an ankle injury.
Charlie Austin, Virgil van Dijk, Jeremy Pied, Matt Targett and Alex McCarthy all have long-term injuries.

EFL Cup Final – How Manchester United And Southampton Will Battle At Wembley was last modified: February 26th, 2017 by Damilare Salami