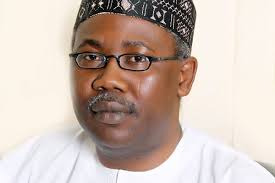 Five days after he was granted bail by a judge, the Economic and Financial Crimes Commission (EFCC) has yet to comply with a court order for the release of Bello Adoke, a former attorney-general, charged with corruption.

As part of a controversial strategy being deployed to keep Mr Adoke in perpetual custody, anti-graft agents and other prosecution officials working on the matter have been stonewalling Mr Adoke’s release since January 30 when the High Court of the Federal Capital Territory approved his release on bail.

Mr Adoke was granted bail on Thursday afternoon by Justice Idris Kutigi. The terms included N50 million and a surety with residential properties in Abuja.

He met all the bail conditions by Thursday evening, a few hours after they were imposed, and the judge subsequently signed a warrant for his release, PREMIUM TIMES learnt from officials familiar with the matter.

Rather than comply with the order to release Mr Adoke, however, EFCC officials instead demanded an enrolment order of the former attorney general’s release warrant, PREMIUM TIMES learnt.

‘Enrolment of order’ is an official summary of a court ruling prepared and issued to parties in a case until the full version is available.

The demand infuriated Mr Adoke legal team as they wondered why the EFCC would impose its own conditions in a manner that undermined the release warrant that had been duly signed by a judge.

Nonetheless, Mr Adoke’s lawyers, led by senior counsel Mike Ozekhome, returned to court on Friday to iron out the additional conditions imposed by the EFCC.

They presented the enrolment order and other necessary release documents signed by Justice Kutigi on Friday. The registrar for Mr Kutigi’s court also followed Mr Adoke’s team to the EFCC on Friday to understand why the former AGF was still being held.

But all the efforts were frustrated. Mr Adoke was never released and his legal team members were simply tossed from one office to another.

For several hours on Friday, the EFCC prosecutor was also said to have disappeared and was unable to advise the commission to comply with the court order, Journalists learnt.

Tony Orilade, a spokesperson for the EFCC, did not return requests for comments about why Mr Adoke was still being held days after a judge signed warrant for his release — a development that has now added to a worsening string of controversial disregard for court orders which critics said has become the hallmark of the Buhari administration.

The former attorney-general was slammed with 42 counts of corruption allegations, including claims of money laundering, economic sabotage and bribery.
He strongly denied all the charges.

The case stemmed from a 2010 sale of OPL 245 between Malabu Oil Limited, Shell and Agip-Eni. The $1.1 billion deal has since become a subject of an international investigation, with several former executives of Shell, Agip-Eni already being charged for alleged crimes in Italy.