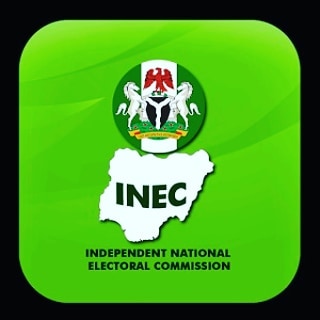 The Independent National Electoral Commission (INEC) has said that it has powers to prosecute allegations of vote buying by both the All Progressives Congress (APC) and the Peoples Democratic Party (PDP) during the recently concluded governorship election in Ekiti State but lacks the powers to arrest and investigate suspects.

INEC said this in response to the open letter by Socio-Economic Rights and Accountability Project (SERAP) to the commission’s Chairman, Mahmood Yakubu, requesting the electoral commission to “promptly, thoroughly and effectively investigate allegations of vote buying, and to collaborate with the Independent Corrupt Practices and Other Related Offences Commission (ICPC) and the Economic and Financial Crimes Commission (EFCC) in any such investigation.”

The organisation also urged INEC to “prosecute anyone suspected to be involved and/or complicit in the alleged vote buying, if there is relevant and sufficient admissible evidence of electoral bribery and abuse of the electoral and democratic process against them.”

The INEC response dated August 20, 2018, but received yesterday by SERAP read in part: “We refer to your letter dated 17th July 2018 wherein you requested that the Commission investigate and prosecute alleged vote-buying in the recently concluded governorship election in Ekiti State.”

“The Commission wishes to inform SERAP of the constraints posed by extant statutory provisions against your well-intended request.”

“You may also wish to note that it is not part of the constitutional duties of the Commission to arrest and investigate suspects found to have contravened provisions of the Electoral Act or any other Law for the time being in force. Section 150(2) of the Electoral Act 2010 (as amended) only confers powers on Legal Officers of the Commission or any other Legal Practitioner appointed by it to undertake the prosecution of offences disclosed under the Act.”

“We wish to assure you that the Commission will continue to partner with relevant security agencies to prosecute electoral offenders.”

Reacting, SERAP said: “We note the response by INEC. We will be in court this Friday to seek orders to compel the commission to work with other agencies to ensure the immediate arrest, investigation, and prosecution of all suspects allegedly involved in vote buying in Ekiti State, Anambra State, Edo State and Ondo State.”

It would be recalled that SERAP had earlier given Mr. Yakubu 14 days to prosecute suspects “failing which SERAP will institute legal proceedings to compel you and the INEC to discharge your constitutional and statutory responsibilities in the public interest.”

SERAP’s letter copied to both the ICPC and the EFCC read in part: “It is the responsibility of INEC as an independent body to take meaningful steps and action to minimise electoral bribery by politicians, ensure political equality and prevent unfair electoral competition. No body politic worthy of being called a democracy entrusts the selection of leaders to a process of auction or barter.”

“Vote buying amounts to undue influence and improper electoral influence. When politicians buy votes, they reinforce social subjugation and do long-term damage to poor voters, as vote buying impairs voters’ already limited political power and participation in governance. Offering and giving poor people money to buy their votes is the hallmark of political disrespect, as it implies that politicians perceive voters as lacking autonomy.”

“Investigating the allegations and prosecuting all those suspected to be involved would indicate your agencies’ willingness to exert your authorities and act as a deterrent against breaches of the electoral process, Nigeria’s anti-corruption legislation, and international standards.”

“SERAP therefore urges you to carry out investigation and prosecution of vote buying in Ekiti election but also in the elections in Anambra State, Edo State and Ondo State, in collaboration with the ICPC and EFCC of the allegations of vote buying, as highlighted above, and to send a strong message to politicians that INEC under your leadership would not tolerate any infringement of the electoral process ahead of the 2019 general elections.”

“Turnout of poor voters may decrease if they view a wealth-driven electoral system increasingly stacked against their interests. It is inconsistent and incompatible with the principles of democracy, the rule of law, transparency and accountability for politicians to use vote buying to perpetuate systems of regular patronage, knowing that such acts would purchase them sympathy and support, especially from socially and economically vulnerable communities.”

“Vote buying amounts to undue interference in the free exercise of the right to vote, as it implicitly aims at influencing or attempting to influence a voter not to vote or to vote in a particular manner. Specifically, the alleged giving of N3,000 or N5,000 to voters during the Ekiti election or payment into the bank accounts of voters is corruptly intended, and clearly aimed to influence their choice of candidates and voting intention. This practice seriously undermines the right of voters to freely vote according to their convictions.”

“Further, vote buying gives wealthy politicians an advantage in election campaigns and outcome greater than what they already possess, and it biases political decisions in favor of the wealthy. Our democracy cannot be sustainable when the electoral system inordinately prioritizes the rights of political parties and their candidates in elections over and above those of the ordinary voter.”

“When politicians buy votes from the poor, political equality will suffer. If voters choose candidates for public office at least in part based on the voters’ economic interests, and these economic interests vary depending upon one’s wealth, candidates chosen in elections where the wealthy buy the votes of the poor more likely will reflect the views of the wealthy. Thus, economic disparities will translate into political disparities in the election of candidates.”

“According to reports, agents of the APC and the PDP allegedly openly engaged in vote buying in some polling units during Ekiti Governorship election. Many voters were videoed moving in numbers to ‘cash collection points’ in lieu of their votes. Others received credit alerts on their mobile phones.”

“We consider allegations of vote buying as political corruption, because it is the promising or giving of value in the form of money, in return for a promise of a vote. We are concerned that the failure of INEC to rein in electoral bribery is illustrated by the fact that the body has failed and/or neglected to investigate and prosecute similar incidents of vote buying in places like Edo State; Anambra State and Ondo State.”

“SERAP is seriously concerned that vote buying undermines the ability of INEC to discharge its responsibilities under Section 153 of the 1999 Constitution (as amended) and paragraph 15(a) of the third schedule of the Constitution, the Electoral Act 2010 (as amended) and under the Convention against Corruption to which Nigeria is a state party.”