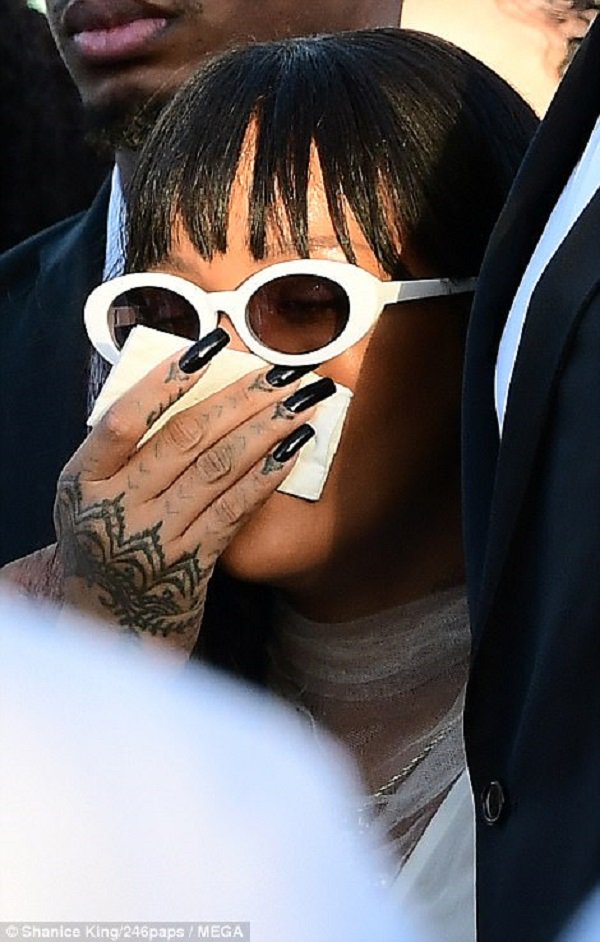 Rihanna, clad in white, was seen wiping away tears at the funeral of her cousin Tavon Kaiseen Alleyne on Wednesday.

The cousin of the Grammy-winning music superstar was killed on Boxing Day. 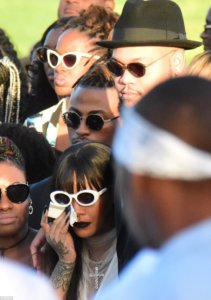 Alleyne, 21, was shot dead while walking through a track around his house in St Michael, Barbados.

The police have reportedly arrested and charged a man named Shawayne Dashawn Williams in connection with the murder.

See pictures of an emotional Rihanna at the funeral. 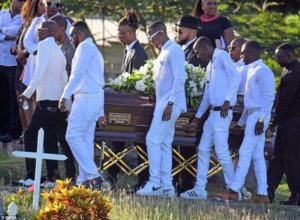