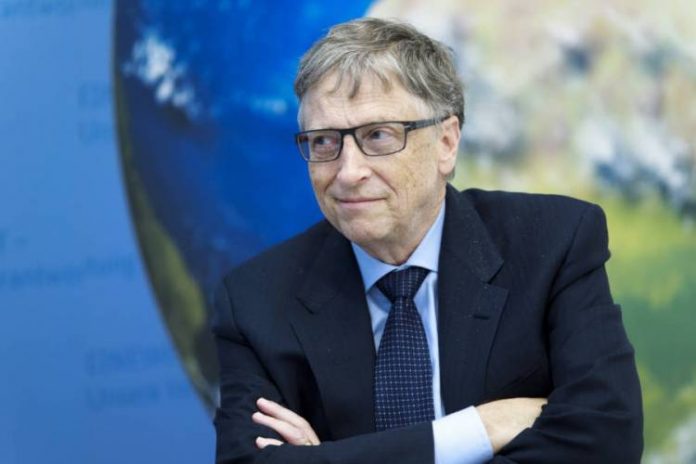 One of the world’s richest men and co-chair of the Bill and Melinda Gates Foundation, Bill Gates, said the execution priorities of the Economic Recovery and Growth Plan, launched by President Muhammadu Buhari in 2017, do not reflect Nigerians’ needs.
Gates while speaking at the Aso Rock Presidential Villa in Abuja on Thursday at the special National Economic Council on Investment in Human Capital, with the theme, “Human Capital Investment in Supporting Pro-poor and Economic Growth Agenda (ERGP)”.
He said though the ERGP identifies investing in people as one of its three strategic objectives, its “execution priorities don’t fully reflect people’s needs, prioritizing physical capital over human capital”.

READ ALSO: #BBNAIJA2018: “I THINK MIRACLE WILL WIN” – SIMI
Gates emphasised that investment in infrastructure and competitiveness must involve investments in people.
“To anchor the economy over the long term, Investments in infrastructure and competitiveness must go hand in hand with investments in people. People without roads, ports and factories can’t flourish. And roads, ports and factories without skilled workers to build and manage them can’t sustain an economy,” he said.
Gates said though Nigeria has unmatched economic potential, what becomes of such potential depends on the choices made by Nigerian leaders.
“The most important choice you can make is to maximize your greatest resource, the Nigerian people. Nigeria will thrive when every Nigerian is able to thrive,” he said.
The chairman, Dangote Foundation, Aliko Dangote, said Nigeria must prioritize investments in health and education alongside other critical areas like infrastructure to be able to compete globally.
Kaduna State Governor Nasir El-Rufai said Gates did not call for a review of the ERGP, but suggested a budgeting system with priorities set out clearly to address human capital development challenges.
Vice President Yemi Osinbajo, who presided over the session, said Nigeria had strong economic growth and development ambitions, encapsulated in the ERGP.

YOU MAY ALSO LIKE: INEC TO RESUME DINO MELAYE’S RECALL