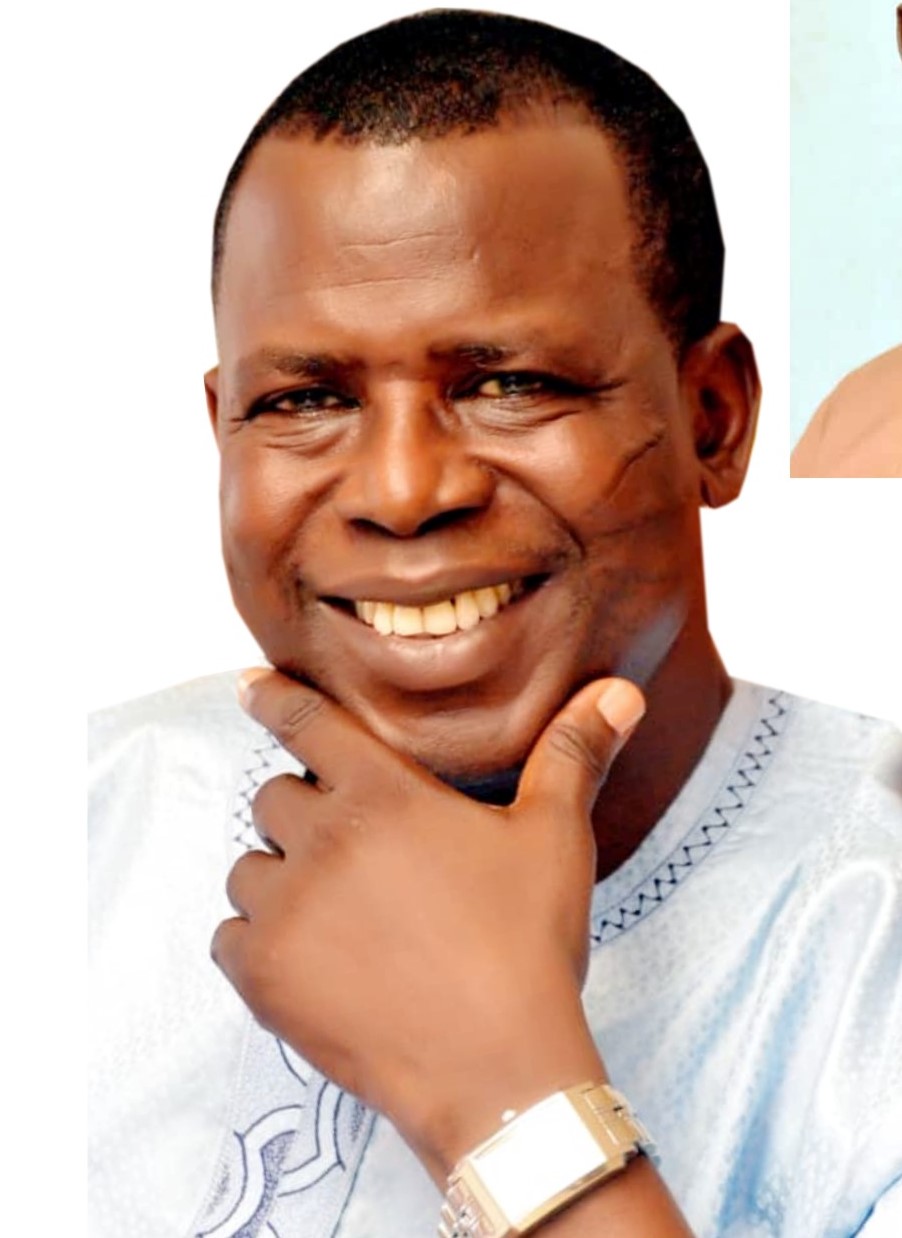 On Saturday 21st September 2019, when Evangelist Jospeh Adelakun Ayewa celebrated his 70th birthday at 10 Degrees Events Centre at Oregun, in Lagos he launched his new album, New Glory (Ogo Titun) which is a masterpiece currently enjoying airplay. It took him months to put together this album at his newly refurbished studio called Divine Glory Covenant Studio at Akute. Audio recording is done at the studio. It is analog & Digital. It is a rehearsal studio, and you can do video recording there. It can also accommodate Live Events and mastering.

Though Pastor Joseph Adebayo Adelakun, popularly known as “Baba Ayewa”, was born in June 11, 1949 to the family of Alhaji & Mrs. Salami Adelakun. Hails from Saki, Oke Ogun, in Oyo State of Nigeria, he decided to celebrate his birthday last September.

In spite of his Muslim background, he became a lover of Christ from his youth. He developed great interest in music from his primary school days and spent most of his time playing drums especially at Baptist Church in Saki.

He was both brilliant and popular as a young school boy as a result of his sporting skills. He won many prizes for himself during the school interhouse sports.

A few months into Modern School, he lost his father. It was then difficult to further his education. So he travelled to Ibadan to live with one of his elder brothers who then was working with the Ministry of Agriculture. He served as an apprentice in Kareem Electrical Engineering Company to learn Electrical Engineering with the help of his elder brother, Magistrate Bayo Adelakun whom he lived with then at Ibadan.

Later, he joined the Nigerian Army in 1968, at the completion of electrical engineering apprenticeship. He was posted to Nigerian Army Barrack – Engineering Construction Regiment (ECR) based in Ede, present day Osun State. In 1975, his sports ability won him Gold Medal in 800m race during the Army Sports Week. He was gifted and had great interest in music and sports while in the Army.

He was among the first eleven that played Army Engineering League Match in 1970. Pastor Ayewa formally called ‘Amusa’ met Jesus Christ at Christ Apostolic Church (CAC}in Ede in 1972 under the ministration of Prophet S. O. Akande (Baba Abiye in Ede). He since then dropped alcohol, cigarette and Indian hemp and became a born again Christian under the burning fire of the Holy Spirit.

Pastor Joseph Adebayo Adelakun (Ayewa) was later transferred in 1976 to Kaduna where he became musically active at C.A.C Kawo, (Kaduna). He was a chorister and the chief music composer of the choir.

His singing ability led him to gather five people with him to form his band popularly known today, as ‘Ayewa International Gospel Singers”. The name of the band was derived from a song titled “Akuku Ye Wa” meaning “It shall be well with us” which was rendered on one of the Sunday services at C.A.C Kawo. He released seven albums while in the army during his service as Orderly to Brigadier General D. O. Ajayi (RTD) his boss and mentor.

He resigned from the Nigerian Army at the Command Staff College Jaji, Zaria, Nigeria in 1982 to pursue his gospel musical career under the instruction of Holy Spirit.

He joined C.AC Olaleye – Shomolu in Lagos and became one of the Church Leader and the Lead Chorister under the leadership of Evangelist O. K. Bankole. He launched one of his record albums at C.AC Olaleye in 1982 where his relationship with Evangelist Ebenezer Obey Fabiyi (Obey Commander) started.

Pastor Ayewa released his first album titled “Emi Yio Kokiki Re” in 1978 with help from Evangelist Bankole who sold his Vespa Motorcycle at a give-away price of #200 naira to support the band in producing the album. He is still an active member of Christ Apostolic Church in which ministry he was ordained as pastor in 1989. He became Assistant General Superintendent (A.G.S.) in 1999. Today he is the planter of C.A.C Mercyland District Headquarters, situated at 1/3 Ayewa Street, off Ishasi Road, Akute in Ogun State with many branches within Nigeria.

Pastor Adelakun (Ayewa) has produced more than 30 powerful evergreen albums to his credit till date. His ninth evergreen album titled “Amona Tete Maa Bo” is the record that brought him to limelight in 1984.

singing ministry and had received so many international & local awards till date. His musical albums were formerly distributed by Ogo-Oluwa Kiitan Group of company led by Pa (Chief) Joseph Ola Afolabi of blessed memory (who took him to London (UK) for the first time in late 1970s}. Now, they are distributed by Ayewa Gospel Music Ministry International. Today, Pastor Ayewa has a big recording label company and music recording studio situated at Akute in Ogun State.

He is available every week for ministration within Nigeria and abroad. Baba Ayewa is a strong advocate of holiness and detest deception because there are no shortcuts in the Kingdom of God.

He is happily married to Lady Evangelist (Mrs}Clara O. Adelakun. Their union is blessed with wonderful children who are doing exploits in their fields of endeavors.

His vision is to take the gospel to the doorstep of peoples of diverse races with the intention of winning their souls for Christ and helping the less privileged with his God-given resources. Many have benefited from his help ministry ranging from scholarship for the young at all levels as well as assistance for orphans and widows. 

How 500 Naija Babes In LONDON Stormed...