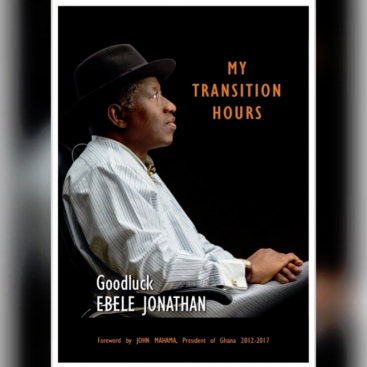 Nigeria has not seen couples coming out the way we did for some time.

GeneralSani Abacha was taken out in bodybag leaving only the wife to do the packing belongings. General Olusegun Obasanjo was left alone to move out his wife. My boss, President Umaru Yar’Adua left that task for HajiaTurai. While I pray for the repose of the souls of these great citizens, mercies for granted. My wife   has been a pillar and my confidant in thick and thin. I doubt if I could have of the things I did without the kind of wife God has blessed me with.“Whatever God wants to do with my son, let it be. It is my prayer that continues to bring peace to Nigeria and the rest of the world. knew were fraudulent, and people advised him to go to court, but he !” ~ Mama President

Isn’t that exactly what a loving mother would say? I suspect with all political families around the world, the public wants to know personal family members, especially the women behind the man. In this that I am taking you on, how could I not share two great women in who supported me unconditionally throughout They are extraordinary women it is my hope that the Nigerian woman will continue to rise to that we are committed to before them.

Let me give you a little background of the Nigerian culture, which may be difficult for the Western world to conceive or even understand. In many parts of Africa, the culture of early marriage inhibits women from rising to the same level as men. Some traditions believe that women should stay at home, wait patiently for the man who works and provides for them. Some Africans think that women should stay confined to the kitchen, and are there to make food for their

But the good news is that women in Africa are starting to come into their own, and steps are being taken to overcome this deep tradition. I appointed many women in my cabinet, and some also held very sensitive positions in the government. I can truthfully say that they did wonderfully well.

My mother’s generation knew no other way, but today’s women of the 21st century are speaking out for Change. My wife will talk about what is happening in Nigeria as she continues to support all woman of Africa, but first I want you to hear from my mother.

“Myson always had a disposition for peace and always remained calm. No other parent ever came up to me to say that my child got involved in anything bad. Even though we were poor, he never complained. In his political biographies, a big deal was always made to him having to attend school without shoe because we were so poor, to set the record straight, the reason was that none of his mates went to school with shoes on, so why would he? He was a good boy, and to my he never stole anything, he always humbly accepted the little things we had to offer him. He always remained focused on school and learning. When he was in boarding school, seniors made him do all the housework, they took advantage of him, and I felt his peers were bullying him. I remember what he told me when I asked if he wanted to leave.

“No, I don’t want to leave my school, it’s proper training, and the kids who think they’re using me, they are teaching me.” “Hearing that, I was so proud of him and got emotional. Even today to believe that my little boy grew up to become President of the Federal Republic of Nigeria gets me emotional. I did not teach my son peace, but his father was a man of peace also. But everything he did in life was smooth and seemed rather effortless. He was never a person to go out to a nightclub because he knew that mama was poor, and we had no money to live that kind of life. My son and I had a great bond when he was growing up, but he’s not the type of person to complain about anything. Nobody could have predicted that my son would one day be President of Nigeria.

“I was aware of the problems the President faced because I lived with him in Abuja. I saw and felt his daily stress, and the challenges son had lost the election and conceded defeat, I was happy and felt relieved, because now he could leave this stressful life and come home alive. Once again he demonstrated his commitment to peace, and if there was one person who could do this, it was my son . . . I believe my boy is predestined to fight for peace, all the way from conception!”

The First Lady speaks “The President started a discussion with the women of Bayelsa State, he awarded them positions of work and gave me the platform and privilege to promote women. He came out and said that he was the lover of women and wanted women to get more involved.”- Mama Peace

My wife over the years has earned the title of Mama Peace for her tireless and selfless support of women. The women of Nigeria gave her this nickname, and it has stuck! You will read in my Coming Home chapter all about the exciting, colorful, enthusiastic reception that we were given by so many people .Women lined the streets; they waited for hours, and now reading about her efforts and commitment you will understand why the First Lady earned this title!

Here are her words: “I think today, Nigerian women are beginning to feel more and believe differently, they want to do the same thing men can do, but our traditions have held them back. When I first entered into politics with my husband, I saw our women maltreated, and I worried about them and wanted to be of assistance. Due to our strong tradition, I went to the men and begged, yes begged, them to allow women to do outside work. “ When Jonathan became governor, I felt it was the right time for me to plead, yes plead, with my husband to help the woman find their voices. But at the same time I had to make sure that the women remained obedient to their husbands, no matter their position, and no matter how tired they may be, their job was always to prepare and cook dinner for their men.

“I worked with the women of Nigeria to empower them on this journey. I encouraged them to approach their husbands in a soft, respectful manner to succeed. We started with the beautification of Bayelsa, and more than 5000 women came out to plant trees throughout the state. They also began to sweep the streets, and my husband encouraged them to seek the employment we offered. I used my foundation to raise funds, and many people donated a lot of money to help our projects. In Nigeria, it is very common for women always to work on farms, so we helped them increase their production by purchasing farming implements, anything from tractors to seeds, motorized boats and even fishing nets—for those who wanted to be fisherwomen.

As we grew, we knew women required education for change, so I started a free education program for girls; my husband was in full support of this. My office was soon set up as a counseling center for girls, and the women who had been working with me encouraged young girls to attend school. When Jonathan became Vice-President, we moved to the center in Abuja, and with the help of my foundation, we started the Sweet Kitchen Program to provide food for the needy.

Then when he became President, the men were convinced seeing what was happening and knew Mama Peace was real. They jumped on board and gradually started supporting our work. After witnessing how I helped my husband, they encouraged their wives to see me as a role model. So I decided to form a new foundation called,

“Women for Change” I went to the men in high places and spoke about handing over a percentage of their power to women. With my platform as First Lady, I often went to the traditional rulers and encouraged them to set an example by allowing their daughters to enter jobs where they had to compete with men for political Positions The President is a peaceful man, a gentle man. Nobody can be around him and have any issues, but because of his kindness, many took advantage of him. I agreed when he conceded, and I felt a sense of relief. It was the best thing that could have

happened to Nigeria, and you all know by now had he not conceded defeat, more than 80% of Christians in the northern part of the country would have died. God did it for us. We had been in government for sixteen years, and now we are glad to be home in peace, and our children will have the chance to live a peace-filled life

in this united country, thanks to the actions of their father. We will continue our mission as peacemakers, and through the President’s foundation, we look to the future for all of Africa in the crucial years ahead.” I will continue to cherish these women for the rest of my life.