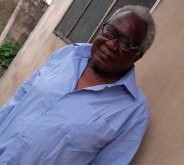 Legendary Yoruba writer, Oloye Oladejo Okediji, is dead. Okediji, 89, whose details of death is yet to be known as at the time of filing this report lived in his home town, Oyo town, until his death.

The astute Yoruba crime and political writer, who worked as a school teacher at Ile-Ife, Osun State for many years was said to have died on Monday, April 8, 2019.

According to an investigation, Okediji’s greatest fear in life is the possibility of the Yoruba Language going into extinction because of the negative attitude of the speakers.

His family, friends and writers have taken to social media to celebrate the deceased. They described his death as a loss to the nation.