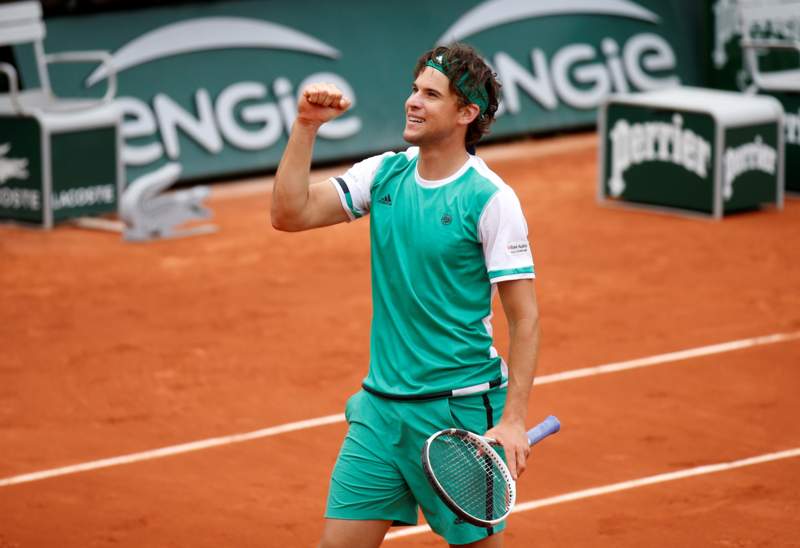 Thiem defeated Djokovic in an amazing 4 sets cracker 7-6, 7-5, 6-3, 6-0 to set up another breath grasping cracker with Rafael Nadal in the semi-final

Thiem after beating Novak Djokovic in straight sets says “It is amazing for me because before I had a 5-0 record to him after losing in the Rome semi-final. It was a great atmosphere and great fun to play here.
“It was tricky because of the wind and colder so it was important to move well and hit the ball clean.”
On facing Rafael Nadal in Friday’s semi-final he reiterated: “It is amazing how difficult it is to go deep in a Grand Slam because you have to play the best guys round after round. And it is not getting easier on Friday.”

Djokovic on his semi-final defeat expressed: “The third set, obviously, nothing was going my way and everything his way. It was a pretty bad set.
“I think it was decided in the first set, I tried but I lost a crucial break at the start of second set.
“He deserved to win, he was definitely the better player on the court.
“He made it difficult, he has really heavy spin and can play quick. He has an all-round game and on clay is a tough player to play against.
“It was easy to lose rhythm and there was no way back from there.”

SEE ALSO: RUSSIA STEP UP SECURITY AHEAD OF CONFEDERATIONS CUP

The result might not come as a huge surprise, to tennis followers at least, but the manner of it was shocking.
For all Thiem’s brilliance, the tame capitulation of the champion in the third set could not be further removed from the player we saw here last year.
Twelve months on from completing the career Grand Slam, Djokovic walks off Lenglen having let all four majors slip from his grasp.

Thiem had never beaten Djokovic. He will now play Rafael Nadal in the French Open semi-finals.
Djokovic crumbled but Thiem played the match of his life.

Congratulations @ThiemDomi on a well executed match and a big win over the defending #RolandGarros champ #Djokovic.