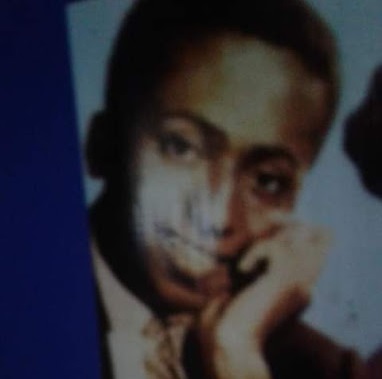 Fifty years ago, in a ghastly car accident, my father the first Son and Child to Chief Obafemi Awolowo died.

This was at a difficult time in my grandparents’ life as my grandfather was in prison facing the treason trial. Papa’s response was stoic as he said like David when he lost the child by Uriah and I quote “Segun’s is dead, there is nothing we can do but to continue…

In fact those who wanted to weep saw clearly that the sage was not interested in a pity party, but was rather interested in keeping the living alive. Stoicism I must say is not insensitivity but a transference or a position of casting ones burden totally on Jesus.  At this point you just trust in God’s mercies.  This is not ordinary as I have people say they are trusting God whilst at the same time they are tearing their hair out and are totally distraught.  Especially when one considers the volume of the calamity and that’s why I realise that even this is God given.  No man can adopt this without grace from above. So the appreciation must go to my God in Heaven. For this I say thank you.  The sage was more concerned about the comfort of Mama, HID Awolowo. I know from third party recollections here and there that she was devastated.   God’s intervention brought her through causing her to overcome every woman’s night mare. I was only eight months old and my brother Segun was to be born two months later in the month of September.

This write up is about my Dad, so am going to do a short summary of his life. My father Olusegun Awolowo was born 20th January 1939 to chief Obafemi Jeremiah Awolowo and Hannah Idowu Dideolu Awolowo nee Delano. They had really waited on God before my Dad was finally born, hence the name Olusegun.  Giving credence to God who gave them victory over barrenness.

The meaning translated into English means Godwin.  My father turned out to be a goodly child with an excellent spirit inspiring so much love from both parents. My grandfather often boasted of his retentive and photographic memory. As he forged well ahead his mates making him an outstanding reflection of Papa.  It’s been said that certain attributes happen once in a lifetime.  A repertoire of such displayed in Segun can only be divinely orchestrated and my grandad in his spirituality understood and appreciated that. He wondered from time to time, if this good thing could last forever. I once heard him say during a visit by a group from The Apostolic Church. That three things were a check on him in terms of achievement, a recognition of his humanity, The gift of God of a good wife, the death of his first son and quite frankly I forget the third because I was too young to understand most of what was discussed.

The greatness was so much and at different stages as human beings we are jostled back to observe that we are but flesh.

My father after prep School, attended Igbobi College, naturally left with distinction and went to Cambridge University.  Most rich kids will need much prodding to accomplish this, he being a responsible and dutiful personality saw the need to replicate and where possible out do his father. By the age of 24 he was already an International Lawyer. Now who would not cherish such a son. God made everything, human beings, plants and animals to relive its specie and birth its kind according to genealogy.  Dysfunctions however are rife and most of the time you see the degenerate specie, based on wrong choices, displaced personality and character making replication almost impossible.  A fruit falling far from its roots and tree is so common place these days. My father according to my mother, Adeola Fasanya was such a gentleman, extremely generous also so much fun to be with as she gleefully describes him. He was so eligible with many women craving for his attention. She continues in a shaky emotional voice he taught me a lot even how to dance as he was such a lovely dancer.

Recently Mr Kunle Olasope gave us an extensive description of his life. How he played the sax, the fact that he loved his beer though not excessively.  His reserved nature. Such vivid memoirs at fifty five years suggest the vacuum and impact has not been relegated to oblivion speaking volumes about his person. Thank you, for being a good friend to my father.

I recall someone telling me that he loved Law so much and many of his jokes were legally motivated. It’s therefore not surprising that he died doing what he loves.

On that fateful day the 10th of July a man with an appointment with destiny to family and nation lost his life at Aba nla the outskirts of Ibadan on his way to Lagos to join the legal team as his father faced treasonable felony trial. Today your name is written in gold boldly and indelible,  Papa remained besotted till he died.  I know as he rigidly remained dedicated to Segun and myself in spite of opposition.  Such parental dedication you displayed stands completely unbeatable. You came daddy and you truly conquered.  In conclusion quite frankly it is not how long but how well.

My father, you are irreplaceable and unforgettable, I have told my sons Boluwajide and Ayodeji so much about you. Segun’s first Son got married this year.  Bola, Yimika and Segun the third all cherish you with fondness.  Sleep on, you fought the good fight. Till we all meet in many many years at the feet of Jesus, Ojo a jina sira lagbara Olorun loruko Jesu mi.  May the good Lord grant you eternal rest.