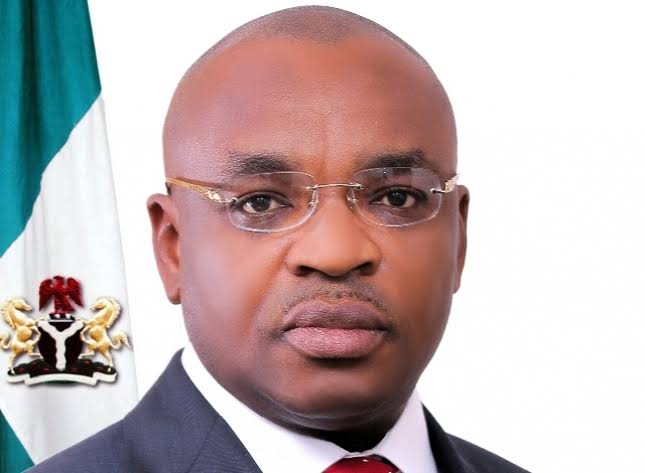 A bank official in Nigeria has been remanded in prison for allegedly publishing “damaging and annoying” articles on Facebook against a state governor.

The bank official, Michael Itok, was on Tuesday arraigned before a magistrate court in Uyo, by the State Security Service, SSS. He was accused of writing numerous articles against the Akwa Ibom governor, Udom Emmanuel, and other officials of the state government.

Mr Itok, 21, is a marketer with Prudential Microfinance Bank, Uyo.

The charge against the bank marketer reads, “That you, Mr Michael Itok and another now at large, sometimes in October, 2019 at 1000 Units Housing Estate, Idu Uruan, Uruan Local Government Area, within the Uyo Magisterial District did constitute yourself into a nuisance by publishing damaging and annoying articles on your Facebook page with the aim of harassing, blackmailing and bringing to disrepute His Excellency Deacon Udom Gabriel Emmanuel and other staff of the Akwa Ibom State Government House, and thereby commits and offence punishable under Section 6(1) (f) of the Akwa Ibom State Internal Security and Enforcement Law, 2009.”

Mr Itok is said to have been remanded in the Uyo prison.

It is unclear, for now, if he took his plea or not. It is also unclear if he was represented by a lawyer during his arraignment.

An official of Prudential Microfinance Bank told PREMIUM TIMES, on Tuesday evening, Mr Itok was picked up in the bank on October 8, around 7:30 a.m, by some unidentified men.

The official said she was not there when Mr Itok was picked up, but that she saw a note he left for her on the office desk.

“I might not be able to get his message word for word, but he said, ‘Please madam, any day I don’t return to work or you don’t see me, know that Udom’s boys have picked me!”

From the account of the bank official, it is apparent that Mr Itok has been detained by the SSS for over 40 days before he was eventually arraigned.

The bank official said Mr Itok’s family was aware of his arrest.

Mr Itok, according to his Facebook profile, claimed he has worked as a steward to Governor Emmanuel.

Newsmen could not immediately reach Akwa Ibom State Government at the time of filing this report.

Uwemedimo Nwoko and Charles Udoh, the state attorney general and commissioner for information respectively, did not respond to calls and text messages from Journalists.