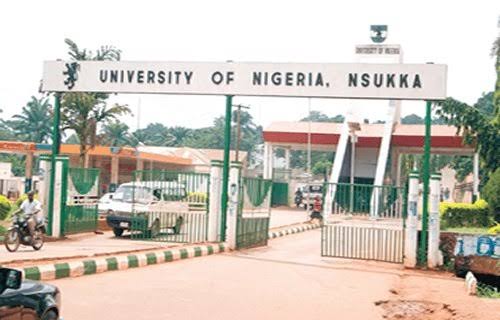 A Catholic priest, Innocent Enweh, said the opening prayer at the University of Nigeria, Nsukka (UNN) conference on witchcraft.

The two-day conference, being organised by Professor B.I.C Ijomah Centre for Policy and Research in UNN, began on Monday after intense opposition.

TheCable had reported how various groups, including the Christian Association of Nigeria (CAN) and the Pentecostal Fellowship of Nigeria, kicked against the conference.

It started with reading of Bible passages alongside the prayer after which the choir of Christ Church chapel, a church located in the university, rendered the opening hymn.

The conference tagged, “Witchcraft: Meaning, factors and practices”, was later renamed to “Dimensions of Human Behaviour”, following a directive from Charles Igwe, the university vice-chancellor (VC).

In the directive, a copy of which was seen by TheCable, Okwun Omeaku, the school public relations officer, said the VC directed that the topic be changed “in response to the yearnings of the public that have erroneously misconstrued the ideas behind the choice of the topic.”

TheCable observed that despite the change of name, the sub-themes of the conference were retained while the deliberations centred on witchcraft.

The vice-chancellor, who was billed to speak at the programme, failed to show up and did not send any representative.