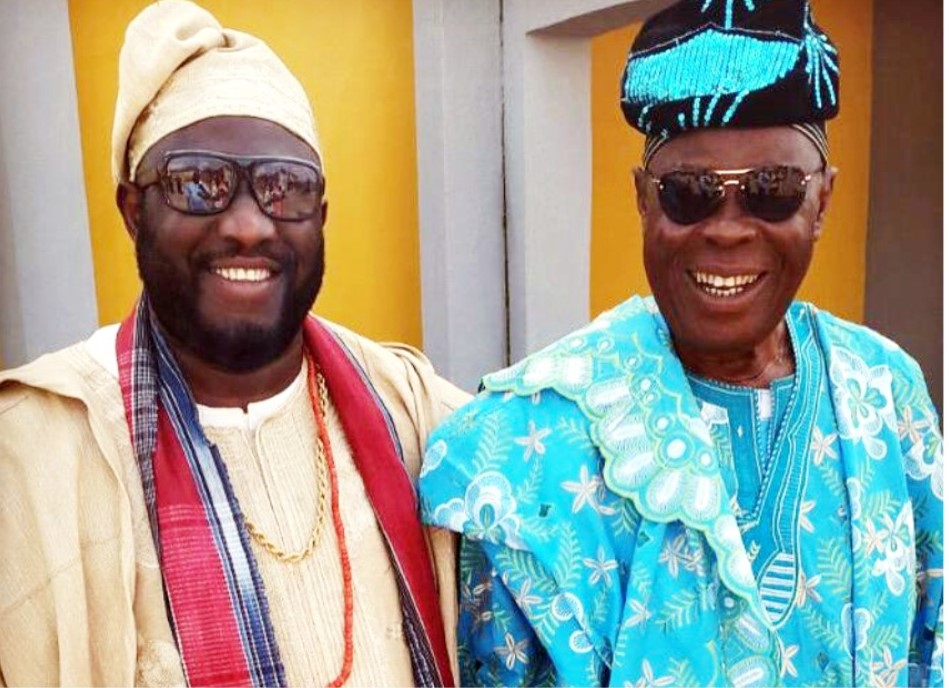 Veteran hip hop act and crooner of the then love rhythm, Love Me Jeje, Love Me Tender, Seyi Sodimu alongside his siblings is set to host a grand burial for his dad Chief Rasheed Ayoola Sodimu, who died on the 30th of March, 2019. The burial with two dates is said to hold in America, and his home town, Abeokuta Ogun state Nigeria.

The first celebration of life on the 18th of May will be held at RCCG Victory Temple Bowie, America, with a reception at the RCCG Restoration Centre. The final burial service which is dated for 25th of June  will be held in Abeokuta and will kick start with a service at Alleluia Christian Chapel, Tabernacle of David, Kuto area of Abeokuta, while guest will be treated to a special hosting at The Marquee, Olusegun Obasanjo presidential library, with Chief Ebenezer Obey on bandstand.

Though their hometown is Abeokuta Ogun State, but they both lived in Agege for more than 70 years.

In 1950 he was admitted into the Yaba College of Technology to study Mechanical Engineering, leading to City and Guild certificates.  Later in that year the college discontinued a full-time course and opted for evening classes. He later gained employment in the Federal Ministry of Works and housing (main stores, Ijora, Lagos) and admitted into the departmental School of Purchasing and Supplies in the same ministry.

In 1953, he passed the first prescribed examination of the school and got promoted to the post of a storekeeper. He passed another prescribed examination in 1956 and also got promoted to senior store examiner.   In 1957  he has appointed the FIRST Assistant Store Officer in the history of Nigerian Federal Civil  Service on secondment a grade that was designed to take over from our colonial masters in 1960 (year of independence). In 1960 he was promoted to the post of stores officer (senior service status) a position hitherto monopolised by only expatriates and colonial masters before independence.

1972 Federal Government of Nigeria gave him the scholarship to study material management in Worthing South of London, Crown Agent School of Purchasing and Supplies in London. Having passed all prescribed examinations, he obtained a certificate and membership of the London Institute of Purchasing and Supplies.  He was appointed a member of probe panel that investigated a loss of a substantial amount of Money in Nigeria Airways. The assignment enabled him to travel with many airlines all over the world in 1976. Among the countries where investigations were carried out were Britain British airways in Heathrow and Gatwick; West Germany, Lufthansa airways. Forker 27 and 28 aircraft manufactures in Amsterdam –Holland, reputable aircraft spare parts suppliers in New Jersey U.S.A. and Ghana Airways to mention a few.

In 1982, the Federal Government of Nigeria again awarded him a scholarship to study advanced Techniques in Purchasing and Supplies at the world trade centre in New York U.S.A. and he obtained certification of distinction in that course. The award of the certificate resulted in his being promoted Head of the directorate of Purchasing and Supplies, the highest position in his department until January 30, 1986. He retired in 1986 after 36 years of meritorious services (1950-1986) and certificate of service issued by the federal government described his performance throughout my career as EXCELLENT.

Why We Partnered With LSDPC On Our New Project – LAGOS Property Player, ADEOTORO BANK-OMOTOYE

Political Parties In Nigeria Are Failures –...