How DAVIDO’s Father Shuts Down ABU DHABI For His Son’s Wedding, ADEWALE ADELEKE 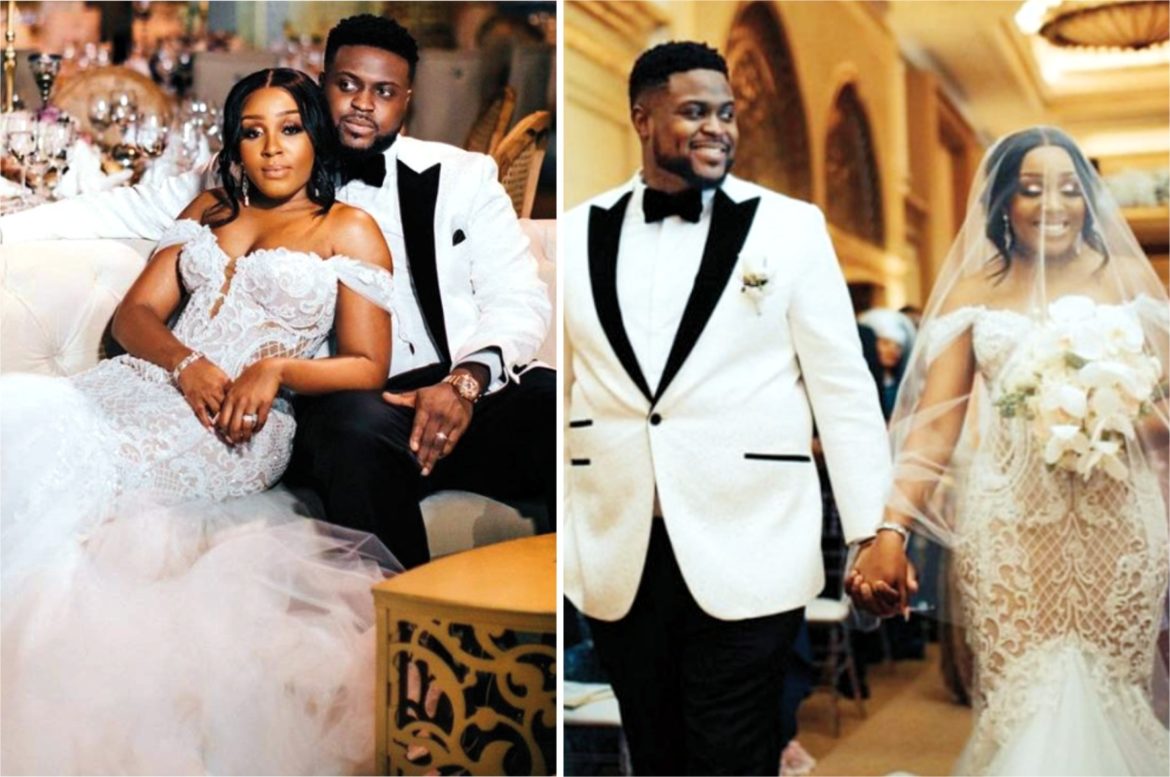 •Flies Over 500 Guests In Private Jets

Abu Dhabi, the capital city of United Arab Emirates, was shut down a few days back when the billionaire father of hip hop star, Davido shut down the city for his son, Adewale’s wedding. It was a wedding that trended on all social media as one of the most expensive destination weddings in recent times. The beautiful nuptials between Adewale Adeleke and Ekanem I book may have come and gone but the memory still lingers on in the minds of all the important guests that flew to the Arab city for 2 days and it can be termed the classiest and most expensive wedding by any Nigerian in Dubai, in the last one year.

Everyone and everywhere was abuzz of the prep of the wedding and both families did not do less as they spared no cost to give their children a superlative wedding. Many of those who got invited and were able to have access to the venue have had only one thing to say, that this is ‘’the society wedding of the decade’. They are even insinuating that there has been no wedding even in recent times that could match this particular one in terms of sheer extravagance & opulence. The money spent, which is in Dollars: Is in Millions of Dollars. The estimated money of about over 200million naira must have been spent. That’s not even up to the money coming in from the thriving steel company and oil company own by the groom’s father daily. Dubai, especially the venues used would not forget, and would never forget in a hurry as Nigeria and Nigerians were put on the map for another reason entirely. As those who have the money in torrents or like a flood and are not afraid to spend it to enjoy the very best of life. Over 500 guests flew to the city to honour both parents and it lived up to expectation as up to 100 super-rich and powerful Nigerians who are the groom’s father, close friends and associates, flew in their private jets. The wedding took place at the expensive Emirate International Palace, where many of the floors were taken over by Adeleke’s guests. Also, the tallest building in the world and the most expensive 5 Star Hotel, Burj Al Arab in Dubai was also fully booked. Several other guests were lodged at other neighbouring hotels at the city.

Adewale is the son of Prince Adedeji Adeleke, a billionaire, business magnate, founder and president of Adeleke University. He is also the CEO of Pacific Holdings Limited. He was married to Dr Vero Adeleke who died on 3 March 2003. Prince Adeleke has been described by many quarters as amongst some of the not too talked about ‘’Richest Nigerians’’. On the other hand, the bride’s parent too are some of the rich Calabar families who are doing well.

So obviously they are no pushovers themselves as they also match the feat. Dubai was on a lock-down the weekend of 1st through 2nd of February, 2020. The first leg of the wedding started in Nigeria precisely in Calabar where the Adeleke went for the family introduction and a few weeks later, it was followed by a colourful traditional wedding at Calabar as well. The wedding proper was on Sunday, 02,02,2020 at the Emirate Palace… Let’s quote the description of the Emirate Palace for you- The Emirates Palace is a luxury five-star hotel in Abu Dhabi, United Arab Emirates – located on the shores of the Arabian Gulf, overlooking its own private natural bay, Emirates Palace, Abu Dhabi is located on 0.8 mi stretch of private beach. The silver, gold and glass mosaics décor is evocative of Arabia’s rich history of hospitality. It has 394 rooms and built with over 3 billion dollars by world-renowned architects. So just imagine something connected to world-class architects of the world, known for sheer opulence. Emirate Palace was on a total lock-down, it was totally taken over by the Adelekes and their guests. All the biggest and best brands of liquors in the house and Best Quisine were at everyone’s beck and call. The wedding was a first-class wedding which made a big statement within the Nigeria social establishment.

Getting inside the wedding venue on the D-day even with your IV was like a camel passing through the eye of the needle. Security was 7-stars. IV’s were cross-checked with a list, so if you weren’t on the list, you weren’t going to enter, those inside couldn’t take anyone in, it was strictly an all invite party. Coming from Nigeria to the wedding, the couple’s families took the whole shine, especially the couple’s siblings, they had a dedicated private jet and which was filled to capacity, those who couldn’t get on the jets had to go by commercial flights and other private jets provided by the grooms father as gathered. The lavish wedding gulped a lot of money starting from the couple’s attires to all what went down at the Arab city.

It seems the Adeleke’s had a tie with the United States and we can tell you authoritative they most of the Adeleke families were born in the US. No wonder, the beautiful journey of the newest couple started with a proposal at Surrey Hotel on July 7th 2019 in New York. All their wedding outfits were strictly from award-winning American designers. The couple rode in customized white Rolls Royce for their wedding. Part of the fanfare of the wedding was a stay at the Vittaveli Jumeirah Resort and monarch beach resort where some pre-wedding photoshoots were taken by an American photographer, Duke Images. There was also an after-party for all guests at Dubai Marina Yacht Club where they were treated to another lovely evening. The bride flew in Nigeria’s queen of makeup, Banke Meshida, behind the popular Bmpro brand to beat her face. She was dressed in a Bella dress by Leah da Gloria, an American Brila designer in New York City from her exclusives in Vainglorious Fashion Boutique in Atlanta. Her second outfit was another expensive dress from a Beverly Hills designer, Ryan and Walter.

Her lovely accessories, custom design handcrafted headpiece was by Diana Jewels, a jeweller in New Jersey, NY city. International event planner and set designer, Alibakhtiar Designs was in charge of all the venue designs and they wowed guests with out of this world designs. Other vendors who also cashed out form the wedding were international award-winning Nigeria designer, Deola Sagoe who designed all her traditional outfits, her hair was handled by Hairbyehis, gele by Taiwos touch, make up by Layefabeauty, wedding pictures by badge pictures, Tope Faniran designed for the groom sisters, Rona and Sharon, the groom also wore a tuxedo suit from international bespoke designer with matching shoes. Their outfits must have run into several millions of Naira. The groom’s brother and most popular, Davido was at the wedding with his baby mama, Chioma. He also performed at his brother’s wedding. The groom’s father pulled a big one, as many of his league of billionaires showed up in Dubai. He is not a man that makes noise, but when he wants to stage a party, he does so without sparing any costs, his other 2 daughters who are married also had a destination wedding which was huge.

READ ALSO: WHY SOME OF MY FELLOW ACTORS DON’T LIKE ME – VETERAN ACTOR, YEMI SOLADE 60TH BIRTHDAY INTERVIEW