Home News How Evangelist OLUMILUA Was Buried In IKERE-EKITI
News 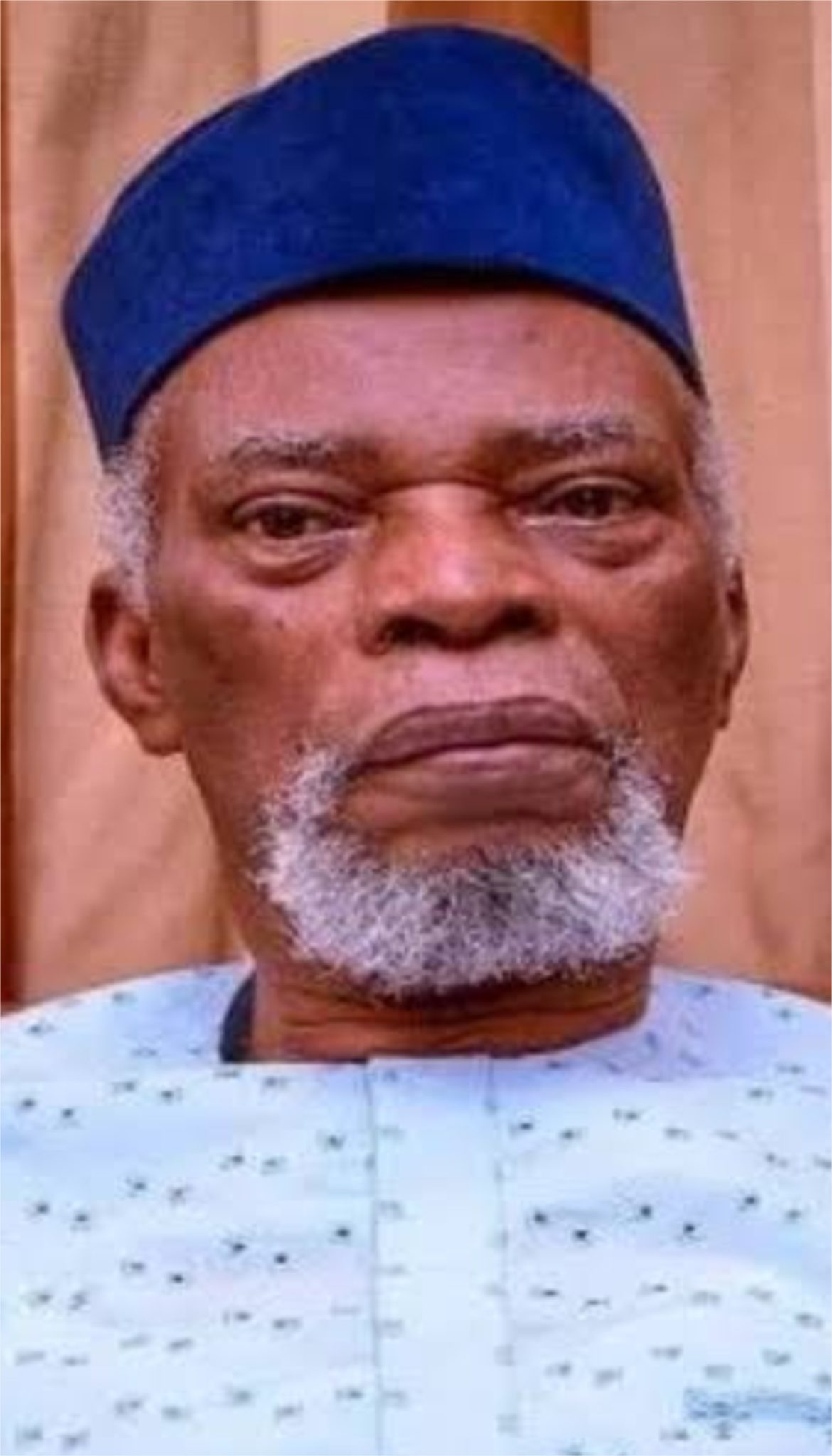 •Details Of The 3-Day Event

+As TOYIN OLUMILUA Stood Out With Her Friends

One of the events that will not be forgotten in a hurry in Ondo and Ekiti States, was the final burial ceremony of a former governor of old Ondo State, His Excellency, Evangelist Bamidele Ishola Olumilua, who was recently laid to rest in his home town, Ikere-Ekiti, Ekiti State. All the road networks that lead to Ekiti State on Friday, 26th, 27th and 28th of August bubbled, as Eminent Nigerians, dignitaries and top government functionaries, including Vice President, Yemi Osibajo, Governor Kayode Fayemi, ex-Governor Ayodele Fayose, ex-Governor Segun Oni and others stormed the beautiful town, to pay their last respect to a man who many described as a man of honour even to his last days on earth.

Olumilua, who died on June 4, 2020, at age 80 during a brief illness, was the governor of the old Ondo State between 1992 and 1993, on the platform of the Social Democratic Party (SDP). Recall, the old Ondo State comprised the present Ondo and Ekiti States. The latter was carved out by the military regime of Gen. Sani Abacha in 1996.

The Funeral rites for His Excellency, Evangelist Bamidele Ishola Olomilua, in Ekiti, commenced with his lying in state in his residence on 26th, while the wake was also held in his residence on the 27th. The funeral service was held on Friday, 28th, at a chapel built within the premises of Great Expectations Hotel owned by the deceased along Ado-Akure highway in Ikere Ekiti, the headquarters of Ikere Local Government Area of Ekiti State. The reception followed immediately after the funeral service on two different school fields. One was used to play host to politicians and many dignitaries and the other was for the Olumilua family members and relations.

City People Tv Crew, led by the Head of the team, SUNDAY ADIGUN, was at Ikere-Ekiti to serve you all the gist. Enjoy.

MAMA BOLA ARE AT THE WAKE

In her usual beautiful regalia, the veteran and renowned gospel artiste, Mama Bola Are, as she is fondly called dazzled everyone with her performance. The ace gospel musician, Evangelist Bola Are, rendered songs to thrill the congregation and positively changed the atmosphere.

Speaking at the venue, the Governor of Ekiti State, Kayode Fayemi, who was present with his amiable wife described the Ondo State ex-Governor, Evang. Bamidele Olumilua, as a leader who valued self-respect, saying he was never a contract-seeking individual in quest of material acquisition. The governor said the late Olumilua never wavered from telling the truth to power that be, owing to the fact that he was not materialistic or compromised his integrity through unnecessary drives for contracts and other enjoyments. His remark that stood out came when he called himself the first born of the family of Olumilua, probably based on the relationship he shared with the deceased.

Fayemi, in his tribute, applauded Olumilua for his love and compassion for Ekiti, saying he had left an indelible footprint on Ekiti’s socio-political sand.”Baba Olumilua embraced all the governors of Ekiti regardless of party affiliation. He scolded, chastised us when needed. He was a governor for fewer than two years in Ondo, but he was able to transform the state. His singular action led to the admission of Ondo into the comity of oil-producing states. All the governors from Ekiti always went to him to drink from his wealth of experience. He always spoke the minds of the people by speaking the truth to power. When he called you, he was not calling for a contract or any money, he always discussed developmental issues. We all benefited from his generosity of spirit. The greatest legacy we learned about his life and time is that, a good name is better than gold and silver and that the best service one could render is service to the people. We admired and thank him for his life of selfless service to the people of Ekiti and Ondo States.”

Pastor T.O. Falade of the Gospel Faith Mission International, in his sermon, entitled: “Inevitability of Death” described death as a debt everyone, rich or poor will pay to either gain eternity or hellfire. He said: “Some are living their lives as if they will be here forever, this is not possible. I want to encourage you to bear your minds towards that day when death would come to knock on your door. Baba Olumilua was a governor of a state at a time and this did not deprive him of serving God. He was prayerful because he knew that one day, he would be called to judgment. Quoting from the books of Revelation 20 vs 11, the cleric reminded attendees that men are mere mortals, who shouldn’t perceive themselves as important or be found in corrupt acts that could make them lose eternity. Any man, any governor, President, Bishop whose name is not found in the book of life will be cast into the lake of fire, but change your ways, don’t wait until this becomes your portion, because it is not easy to stand the judgment of God. At a time, Evang. Olumilua was a governor. That was his season and he spent it for God. Try and spend your season for God, don’t spend it foolishly or anyhow. We can’t cheat death, it is inevitable. You will account for all your deeds. Some are going to God, attending churches, but still engaging in occultism, if this is what you believe in, you are going to hellfire”, he warned.

WHAT THE FIRST DAUGHTER, YETUNDE, SAID ABOUT HER LATE FATHER

In her eulogies, the deceased’s first daughter, Mrs. Yetunde Banjo, described her father as a stickler for rules, whose erudition and love for scholarship knew no bounds. “My father was a thoroughly educated person. He could speak on any topic under the sun. He believed that hard work and prayer could take you to wherever you want. As a governor, he told one of his children not to think he had any special entitlement. He told the son right away that he was the governor and not the son and should forget about thinking that he should enjoy special benefit as a governor’s son.”

As usual, the wave-making funeral expert, LTJ Funeral International, did their best. They made sure everything was in order. Trust their undertakers; they surely know how to impress people with their charismatic, energetic and high-class delivery. Remember, their CEO, Bolanle Okusanya Feyita is one of the leading funeral directors in Nigeria, who knows her onion. She is the daughter of the famous MIC boss, Tunji Okusanya who died years back in a plane crash. She started her funeral business after the death of her father and called it LTJ Funeral International.

“Daddy, your life was a blessing, your memory a treasure. You are loved beyond words and missed beyond measure. Orun jina bi ule Ahurebe li jaa wa o loooooo, Omo Afonhinhun goke”. This was the tribute penned by one of the daughters of His Excellency Bamidele Olumilua, Erelu Toyin Olumilua Mark.

The amiable wife of Senator David Mark, Erelu Toyin Olumilua, played a big host at the event. She made sure that each of her guests was taken care of with varieties of foods and assorted drinks.

How Evangelist OLUMILUA Was Buried In IKERE-EKITI was last modified: September 9th, 2020 by Sunday Adigun

Why I Want To Be The Next LAGOS East Senator – LAGOS PDP Aspirant, BABATUNDE GBADAMOSI