Home News How I Got My Nick Name, BOLAJI MAMA KOFOSHI
News

How I Got My Nick Name, BOLAJI MAMA KOFOSHI 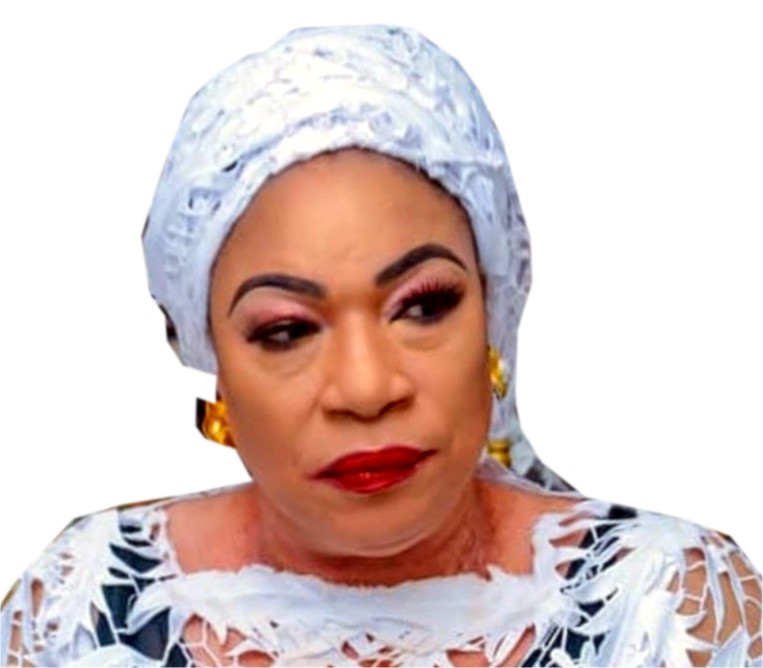 Pretty and Fair-skinned Socialite, Bolaji Amoke Oyedepo’s name may not ring a bell but her nickname “Bolaji Mama Kofoshi (no-nonsense woman) will surely do. She is one of the foremost socialites who have been dominating Lagos social scene for over 30 years and still counting.

If you are ever constant with the Nigerian music scene in the 90s and early 20s, you would have come across songs, in which Nigerian musicians sang praises of a popular socialite, Bode D Way. Permit us to tell you that Bode De Way is Bolaji Mama Kofoshi’s husband.

Bode De Way, who was born Olabode Oyedepo was the king of the social circle in Nigeria back then. With his wife, Bolaji otherwise known as Mama Kofoshi, they rode the Lagos parties like a colossus. A big social party without these two are incomplete. They were simply the light of parties held by the people in their social circle.

Though Bode De Way has since relocated abroad but ever-gorgeous Bolaji Mama Kofoshi shuttles between Naija, America and Canada and she is very relevant in Nigeria social circle.

Though she stays far away in the United States and Canada, but her name is synonymous to American Dollars. She is closer to many Nigerian rich celebs who always want her to grace their events. No matter how expensive Aso-Ebi is,  Mama Kofoshi always comes all out to support all her friends and acquaintances whenever they have a party. Though selective of parties she attends, Mama Kofoshi has graced over 20 big Naija Owambes in the last few months. Mama Kofoshi is popular on Lagos social scene.

Those who have entered her mansion in GRA Ikeja stated that it boasts of best interior decors from the bedrooms through the living rooms that you could find anywhere around the world. They used her house as their movie location. In his garage were exotic cars that you can ever think of. Few days ago, Boalji Mama Kofoshi elder sister turned 60 and she threw a big party to celebrates her at her GRA mansion. Looking pretty as ever, we asked her how she got her Nickname Bolaji Mama Kofoshi? Who gave her name?

In an exclusive interview with City People Magazine, Mama Kofoshi revealed that she lived abroad for over 30 years. Speaking on the journey of her life. “I grew up in my Home town Efon Alaye in Ekiti. I grew in Efon Alaye before I came to Lagos. I got married in Lagos before I went abroad to Newyork in United-States. It was from New York that I moved to Canada. Now I have my kids in United States and Canada” she revealed.

How is it like training kids abroad? “I have to be sincere with you, it is not easy training kids abroad. For you to reap the fruit of your labour, you must be upright as a mother if you want to train your kids abroad. When my kids were much younger my husband didn’t allow me to work. I was strictly a housewife taking care of my children. Now to the glory of God, I have kids who can stand upright and be on their own. One of the major mistakes many Nigerian parents make abroad is that they leave the children at the mercy of careers. You must be available for your kids abroad. Nobody looks after other people’s children abroad. You must be available for your kids. It is a must if you want them to be kids you will be proud of in the future. Now my kids take care of themselves. My last child is 19 years. I have a medical doctor who is staying in the United States and another in Canada. I have been in Nigeria for over 6 months and I only talk to them on phone. You saw them when they wished their big mummy happy birthday. So I want to advise young mothers abroad to please make sure they are available for their kids” she said

Speaking on how she got her name Bolaji Mama Kofoshi, she revealed that she got the name in 1992. Her words “ It is a long story but I will cut it short. I was in the United Kingdom and I heard music playing that “Mon re le Mama Kofoshi Bolaji”. He praised me with my husband, and I was like, who is Obesere referring to as “Mama Kofoshi”? I was angry because I felt it was a negative name(laughs). How can he give me Mama Kofoshi (no-nonsense woman) when I am not a fighter. I was so worried but I saw him later and I asked him why he gave me such a name, he then revealed that he doesn’t mean I am a bad person. He explained that I should listen to the full album and I did. He explained that I am a good housewife in it but it was only the name that I had my worries over. Look at it now, some people can’t even call me Bolaji without adding Mama Kofoshi, She laughed.

Staying abroad she has also made her impact felt on Nigeria’s social scene. What does she like about Naija? “I love everything about Nigeria, most especially Lagos. Back in the day, I spent all my life abroad. It’s cold abroad so the weather is friendly in Nigeria. It is peaceful here in Lagos. Best parties are thrown here. You can do your business and enjoy yourself at the same time. Like I said, I have been around for over 6 months and I have been honouring my people by attending their Owambe. There is nowhere like home”.

Who are your friends? “I have lots of friends and few people I am close to. My best friend is my elder sister whose birthday is today and my children.

Who is her best musician? She revealed that her best musician is King Wasiu Ayinde Marshal. Don’t forget that K1 is one of the Nigerian musicians who have praised her and her husband to high heavens. Even an album was dedicated to them in “Big deal”, one of K1s Album

How I Got My Nick Name, BOLAJI MAMA KOFOSHI was last modified: October 27th, 2020 by Abiola Orisile