Home Entertainment How I Have Stayed Relevant As An Actor For Over 35 Yrs – Veteran Actor, KEPPY BASSEY EKPEYONG
Entertainment 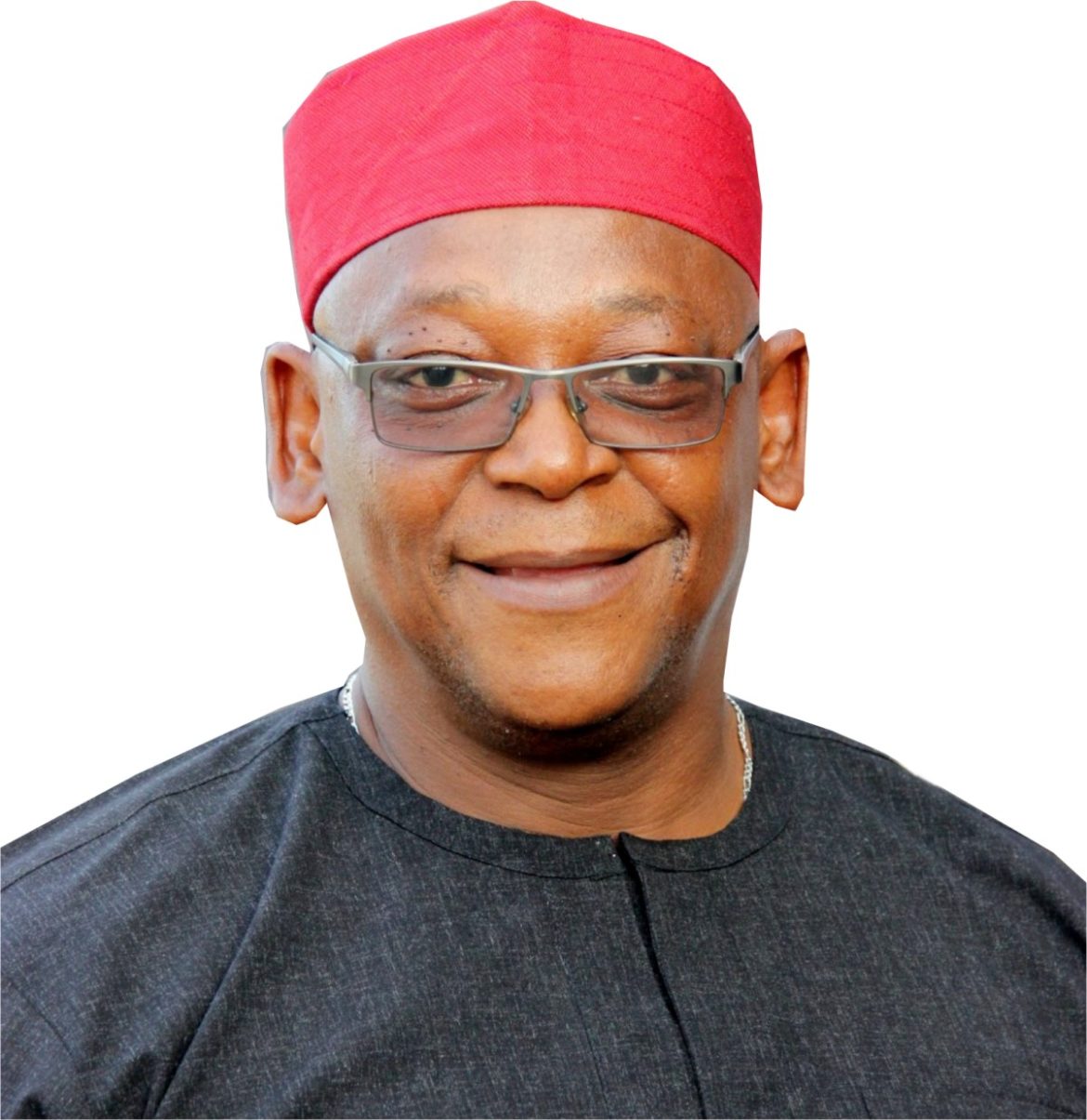 You couldn’t possibly like him when you meet him for the first time. He is an absolutely warm and friendly personality who effortlessly shows respect for the next person in his interaction with everyone he meets. No airs, no chips on his shoulder, yet, he is one of Nollywood’s biggest export today. Keppy Ekpeyong Bassey, without a doubt, is regarded as one of Nigeria’s finest and most consistent actors as well as a fantastic producer. Having spent close to four decades plying his trade as an actor, Keppy and a few of his contemporaries can lay claim, if they so desire, to have been responsible for the birth of Nigeria’s movie industry, Nollywood, as we know it today. They have put in every ounce of their blood and sweat into the profession producing top-notch movies and television dramas whose enduring successes and worldwide acclaim have become the benchmark for the Nigerian movie practitioners to follow. He, like his very good friend, Fred Amata, an equally accomplished actor, is internationally recognised and fiercely loved by avid movie watchers. Still, when you meet Keppy, he carries himself like he has no idea he is any of these. But make no mistake about it, the man has had remarkable exploits in the movie industry and he’s not even slowing down yet. Only very few actors can hold a candle close to Keppy in the business and those who matter know this. This is why the entire hall inside the 10 Degrees Event Center in Oregun, Ikeja, erupted with excitement weeks ago when Keppy’s name was announced as one of the award winners of the night. He was given a Lifetime Achievement Award at the 2019 City People Movie Awards. Shortly after he picked up his award, City People’s team of Senior Editor, WALE LAWAL (08037209290) and Society Editor, TAYO FAJORIN-OYEDIJI engaged this extremely articulate actor and got him to share with us his feelings about the recognition and how he has sustained his career spanning through four decades and still counting.

Tell us, sir, how do you feel being honoured here today?

You know, yesterday I was in a seminar in Uyo, had to leave this morning because of this event, and at some point, when I was making my presentation, I said, sometimes, when we film in little quarters like this, we never realize how much it imparts the world over. And because it imparts that much, we’re not too sure how many people see it but the fact that you get recognition, meaning that maybe, somewhere, somehow, it did good. It’s rewarding, refreshing, it’s encouraging that, by God’s grace, within the creative community, we are getting this sort of recognition and acknowledgement. And I think because you started with the older generation, you can feel the warmth, you can feel the non-pretence coming out of each and every one of the actors present here. It’s like a homecoming for us. I feel so excited and honoured to be a part of an event like this. So, the industry has grown and at every turn, you get to, you notice the acknowledgement. Actors have evolved and they’ve become mentors and role models. You see a lot of us as Ambassadors, a lot of us have enjoyed political appointments and we’re having breakthroughs. Outside our careers on set and stage, we still tend to integrate and perform competitively in the real world. This means that, for those of us who are actors, we are actively in touch with more reality than people will ever realize. Gone are the days when the profession was seen as a place for dropouts only. When I got into the industry in the 80s, I already had a Masters degree. So, we have totally erased the notion that the industry is totally populated by people who are dropouts. We are in touch with reality. We have become political commentators. I can’t find the adequate word to capture our thrust. For instance, the fact that City People is acknowledging us, I’ve received calls from all over the world. You know, I was first set of Government College, Uyo, 1974 to 79, my classmates are here because of this recognition, and I didn’t tell them. I’m just coming into Lagos, I’ve been out of Lagos for like three weeks. I haven’t spoken to any of them, I was in Kaduna shooting a film for the Nigerian Army. One of my juniors from that school is the commandant of the Academy. As soon as he heard I was in Kaduna, I didn’t call him, he made available two cars with escorts for everybody and hosted us. And that’s because of what the industry has made us. And we appreciate all of these. It’s really exciting to be here and I’m really grateful.

Looking back, how would you describe the journey so far?

Nobody said it was going to be easy. My Masters is in Law if you’re coming to work in a field that is totally different from your academic background, there’s every rationale to reason that it’s impossible for it to be easy, especially when you’re crossing over. And fortunately, I am part of the pioneers of this industry. I produced the second film in this industry and we managed to run through that process easily because we are friends. We didn’t think about the cash, we didn’t think about the fame, all we thought about was the Arts. We were totally invested in the Arts. My friends like Fred Amata, Dede Mabiakwu and others, we all used to work in the NTA.

That’s where we were backgrounded in professionalism. And for us, despite the challenges we faced, whether there was money, whether there was rain, the show had to go on. That’s how were groomed and that’s how we still function in the industry. Yes, we’ve had hiccups here, a few setbacks there, we’ve had accidental participants in the industry who have given us a negative reputation, but the show has gone on. Every day we evolve and every day we’ll keep evolving. Our tomorrow will always be better than our yesterday. Right now, we have a very friendly competitive environment where the younger ones want to outdo the older ones like us. So, it’s really fun for us, every day we know that the next day will be better.

If you can put a figure to it, sir, like how many years altogether would you say you have been in the industry?

Say from 1984. I don’t want to add it up, I don’t want to find an excuse why I’m balding and my hair is not grey (general laughter).  My very first attempt at the television was while I was an undergrad and I did that job with Tade Ogidan. I was very close to his younger brother, I still am. So, I can say professionally, that’s when it started.

If I’m not mistaken, we see more of you in soap operas these days, is it deliberate?

I don’t think that’s true. This year, I actually felt I was embarrassing myself because I’ve done like almost one movie every week, though the movies don’t come out quickly like that. Movies take two years, three years. In between, I’ve done a soap opera for Agatha Amata, Fred’s ex-wife. And I also did one for somebody I call my son, Jimi, a web series, that’s all this year.

You have quite a lot of blockbuster movies under your belt, which one would you say stands out for you?

In 1998, I did a movie with my mentor, Tade Ogidan, titled Raging Storm, that was really challenging for me because of the way the director wanted it. You know, sometimes we’re so difficult as actors, because sometimes when you speak with the director he wants you to do a role in a particular way. People like us who are slightly older, and sometimes older than the director, we bully our way. We go to our comfort zone. But that job with Tade Ogidan, I couldn’t go to ‘Jack comfort zone.’ I had to do things exactly the way he wanted it. First and foremost, the lines were like pages long and he wanted every word of his script in it, he wanted it verbally articulated. Then, I was supposed to be the head of this cult, so to speak, and he wanted me to deliver my lines exactly as he had structured them. And he didn’t want me to react at all, so my face had to be blank. They locked me up in a room to make sure that first and foremost I registered my lines perfectly and secondly, to make sure that I wear the mien of the character in the role I was playing. I always remember it because it was exceedingly tasking and because it was most fulfilling and it took me away from my comfort zone. I was really excited about it, as an actor, it gives you great joy when you’re able to achieve that sense of not being the actor but to be the character.

You are someone that actors can come around to study and possibly make an institution of because of the longevity and successes you have enjoyed and there’s so much to learn from you, what would you say has been your staying power?

I need you to imagine that everybody has asked me that question and I have sat back several times to think of all the whys – why am I like who I am? Why am I positioned the way I am and all the whys? And I can tell you sincerely that it’s God because I do not have any deliberate input. I know people think I am playful, I am playful. And the same people who know I am playful know that I have a bit of a temper too. I know that I have thresholds but somehow, everybody tolerates me and understands me, I don’t get it. Yes, I work hard and I take my job seriously, but still, it has to be God.

How I Have Stayed Relevant As An Actor For Over 35 Yrs – Veteran Actor, KEPPY BASSEY EKPEYONG was last modified: October 28th, 2019 by City People

Why MOUKA Foam Still Dominates The Market 60 Years After