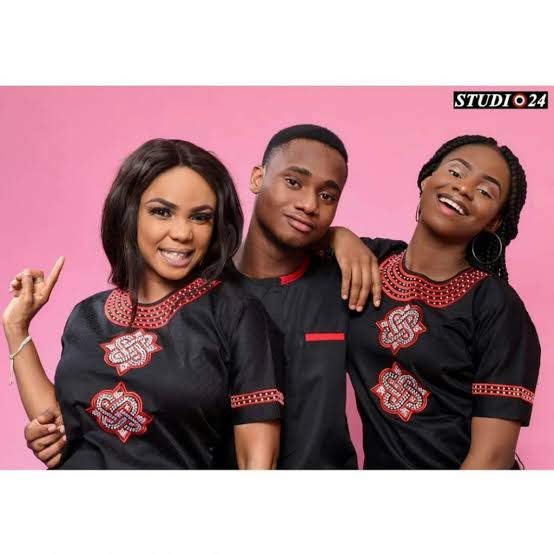 Iyabo Ojo is one of the most successful actresses in the movie industry today. Besides being an actress, she is a Producer and an Entrepreneur. She is the CEO of Fespris Limited, a collection of enterprises, which consists of Abula Spot, Lounge, Bar and other subsidiaries like Fespris Production, which caters for film production and also trains aspiring young movie actors.

For Iyabo, acting has always been a part of her life right from her teens. She was involved in drama right from her childhood in secondary school. She was also a member of the drama group until she officially joined the entertainment industry. She joined the movie industry in 1998 through the help of star actress, Bimbo Akintola whom up till date, she still respects and refers to as her mentor in the industry. The same year, she made her debut in English movie, Satanic. Then a few years later, she started featuring in Yoruba movies. She is presently rated one of the best in the industry, starring in both Yoruba and English movies back to back.

When we mention top 10 most stylish movie stars in the industry, Iyabo’s name will surely make the list. Through hard work, determination and persistence, she has been able to make a huge success out of her career. Another thing lots of people like about this ageless beauty is that, she is very humble and down to earth unlike some of her other colleagues.

Like they usually say, you can’t have it all. She got married in 1999 at the age of 21 and had 2 kids from the marriage but unfortunately, the marriage crashed in 2001, but she didn’t allow that to kill her dreams. She has been able to manage being a single mum successfully despite the stigma society attaches to women of this sort. She raises her head up high in the society. Gone are the days when actresses hide the fact that they are single parents and also hide their kids for fear of what the society will say or think of them. Iyabo changed the narrative. She was among the very first movie Stars who started flaunting their kids on social media and others embraced it and even turned it into a competition amongst themselves. She managed to break out of the norm and survived even better than most who are still with their husbands. Lots of other women even look up to her in society. Despite all the task that comes with being a celebrity, she still manages to scale through it all with her kids by her side. Ordinarily, a single lady who is successful is tagged promiscuous and all that, but Iyabo doesn’t care, what gives her happiness in life is her kids. Every other thing in life in secondary. In one of her IG posts a few years ago, she explained how she became a single mom “I remember when I got married and on my wedding day, I discovered my husband did not love me. On my wedding night, he said I did not love you, I only married you because you are pregnant….” She still stuck to the marriage hoping things will get better and love will develop. After having two kids things got worst.

Also, in another post, she shared to encourage single mothers a few years ago. She explained her ordeal according to her “I blame no one for my mistakes. I took out my pain and frustration on no one. I refused to be lazy. I refused to allow my mistakes and situation rule and take the better part of me. Yes, sometimes I break down most especially when my babies fell ill and I know that there’s no money. Hmm, the tears were so uncontrollable but I never gave up. I got a job weekend as a salesgirl for a while, sent myself to school doing per time, later got a better job and worked as a secretary. I was so hardworking that in few months I was promoted to a site manager, until one day I lost my job because they felt a male was better, and I was paid 3 months salary upfront. still, I was very unhappy. I had 2 babies. I remembered crying all the way home that I missed my bus stop again. I blame no one and I never lost hope. That was how I went into business. I started with 30k. I wasn’t born poor, love made my journey down that lane but now I am glad, I did because I understand what it takes to be poor and I appreciate every little thing I have achieved. Thank you Lord, I am telling you part of my story to help encourage a poor mother who feels she can’t make it because she had kids….never give up on yourself, start anyhow, even if you have to sell pure water or do odd jobs”.

Iyabo Ojo single-handedly raised her 2 children Festus and Priscilla and she nurtured them that they are both celebrities on their own. She sacrificed herself to raise them and provided their with the best of education. Her first son is studying abroad while her daughter who just clocked 19 has done so much for herself. She found her voice in modelling after featuring in a few movies. Though, she hopes to be bigger than her mum in the entertainment industry. She is currently a Brand Ambassador to a list of brands such as  Cassie Hair, Sunglasses and others. She is also the CEO of Priscy Closet. She has close to 1 million followers on IG. She and her brother Festus are brand influencers and they represent different companies. Iyabo Ojo is one of the most talked-about celebrities on social media lately, aside from her unique way of acting. She has become a woman of affluence that lots of people want to associate with. She also showcases her other side that people barely know through her Tiktok videos lately. She is so good that she is called the Queen of Tiktok with over 2.8 million followers on IG. Iyabo Ojo’s kids are the most popular celebrity kids on IG and she’s leaving no stone unturned to even make them even bigger.

How IYABO OJO & Her Kids Became Popular On Social Media was last modified: May 18th, 2020 by Biodun Alao