How My Late Grandma Prepared Me To Be Iyaloja 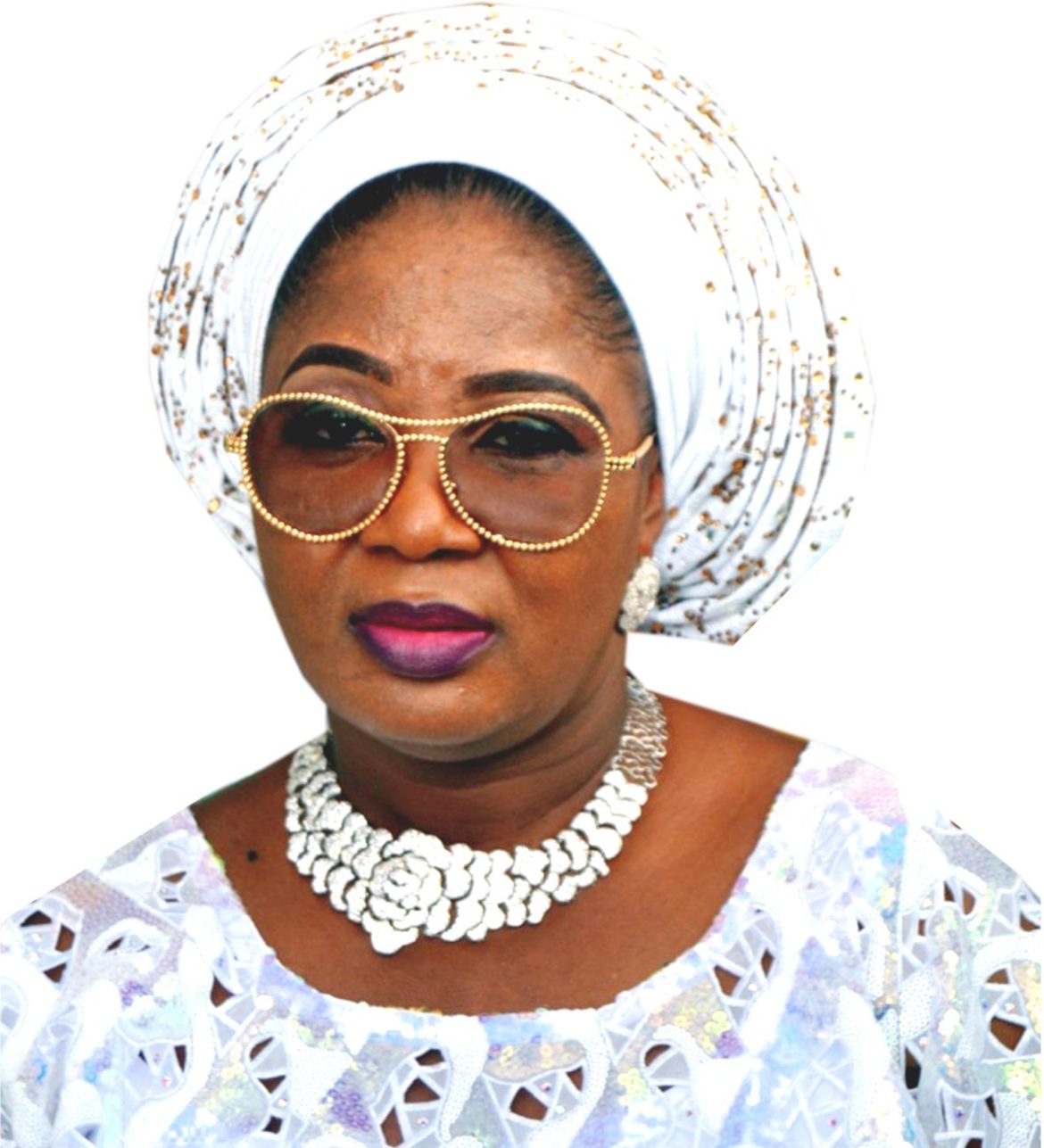 On Sunday, 7th of July 2019, Tafawa Balewa Square in Victoria Island, Lagos  witnessed an array of prominent Nigerians, from all walks of Life, who came out in large numbers to show love and support for Mrs. Folasade Tinubu Ojo, the Iyaloja General of Nigeria as she celebrated a 3-in-1 party.

Mrs. FolasadeTinubu-Ojo is  the first daughter of Nigeria politcian of note,  Asiwaju Bola Ahmed Tinubu. The event was made up of one, her birthday, 7 years as  Iyaloja General of Nigeria and also a Special Fidau Prayer for her late grandmother, Alhaja Abibat Mogaji.

Did you just ask if it is 7 years already that she became Iyaloja General? Yes, its is going to be 7years, come October 29th.  She was decorated by Oba Rilwan Akiolu of Lagos as the new Iyaloja-General of Nigeria in 2013.

How has she being able to cope with this big title bestowed on her by Oba RilwanAkiolu 7years ago? What are the challenges?

This was part of the many questions our Assistant Society Editor, ABIOLA ORISILE asked her when she visited her office at Sunday Adigun Street in Ikeja, Lagos.  This is the same which was the former office of her late grandmother.

It may amaze you that despite her busy schedule, she attends to all her guests by herself. When many women kept prasing her motherly role, she beammed with smile, attending to many of her visitors.

Mrs. Folasade Tinubu Ojo whose tittle means  the King of market women, is highly respectful.  She resumes by 10am and closes by 10pm. Sometimes, she has to stay till wee hours. She doesn’t joke with making sure all her guests see her, even if you may have to come back and see her later. Just like her father, she operates an open door policy.

How does she feel adding another year? “ I feel happy. It’s being a hectic day for me but never the less, I am celebrating an icon, and that is my grandmother. I am super excited to add a year to my age. It is out of this excited that I am throwing a big party to celebrate myself and my late grandmother. My Grandmother is a special being. I missed her greatly. I missed her motherly love. I missed her touch, the way she calls my name and praises me. She will say “Omoonikoyi Esho“. My grandma is “Alomalegbabge”. I discuss her every day. The market women missed her. I have being able to learn alot from her because we were so close. I call her Mama. Mama is too special.  She died a night before my birthday and this is part of the reasons why I am celebrating her and having a Special Fidau for her before my birthday. Mama was a cheerful giver. There is no way you will cry into Sunday Adigun, Mamas Abode and leave the same way. Mami Asabi Okin. All the market women miss her. We will continue to celebrate her even in exit.

What will she say prepared her for such huge responsibility of over-seeing all the markets in Nigeria?

“It is God and the tutelage that I had under Mama, my late grandmother, Abibat Ashabi Mogaji.“ she revealed

What was growing up for her? What shaped her; Life?  Iyaloja general also spoke about this in an earlier interview with Encomium Weekly a few years ago.

“I spent a lot of time with Mama more than my real parents. Whenever I was on holidays, I was always with her. Even after my MBA programme, I was still with her.

Where did she do her MBA?

“At America Intercontinental University, an American University. I did my first degree programme at Middlesex University in London”

Didn’t she attend any school in Nigeria?

“I did. I was at Federal College of Education, Oyo (Special), where I studied Home Economics (Double Major).

What exactly is her title, Iyaloja-General of Nigeria or Lagos?

It is Iyaloja-General of Nigeria.

That means her responsibility covers all markets in Nigeria?

“Yes, of course. That was why some market women and men came from other states to attend the coronation that day.”

What will she say prepared her for such huge responsibility of over-seeing all the markets in Nigeria?

“It is God and the tutelage that I had under Mama, my late grandmother, Abibat Ashabi Mogaji.

What about her secondary education?

“I did part of my secondary school education here in Nigeria before moving to London to complete it. I was at College of North East in London, where I studied English Studies for business people and my ICT”.

With this level of education, how easy has it been coping with the market women and men majority of whom are not lettered?

“Some things are natural to some people. I happen to be someone who finds it easy to blend with people, irrespective of their educational or social background. Moreso, they were always around Mama (late Abibat Mogaji) and I was also around Mama and I saw the way and manner Mama related with them. It is therefore not in any way challenging to me.”

“Mama always said something. She said, ‘anybody that can manage market people can manage mad people.’ That has been my guiding principle too. As a leader, you must be very patient to listen to them and allow them to open their minds or say whatever they want to say before you say yours.

Since she took over from her late grandmother, how will she describe the experience?

It’s been hectic, I can’t lie. When Mama was alive, I would come around and after sometime escape to have my peace of mind. But since her death, that has not been possible. There has been no day that I have for myself. I am a television person, who likes to cuddle up on the settee and watch all the soap operas. But since I took over I could only manage to listen to news on television”.

I must provide the avenue for them to get what they want from the government to help them in their commerce and at the same time make them realize their responsibilities to the government too.

I have to be a role model to them and be there for them. I must give them motherly support all the time.

But a lot of people believe  she is too young to play that role of a mother to many of them who are old enough to be her grandmother?

“The one that has just left now is on first name basis with my late grandmother but did you see the way she related with me? God has put me in a position to play the role of a mother to them.

A lot of people also believe that to be an Iyaloja-General, you must belong to a powerful secret cult?

Did it ever at anytime cross her mind that she was going to take over from your grandmother?

“I never dreamt of it. If anyone had told me in May, a month before Mama died, I would have dismissed it as a joke. Even when someone suggested that I should put on Mama’s official pendant the day she was to be buried, I warned the person sternly.

Who now told her that she was going to be the next Iyaloja-General?

“When the person told me, I didn’t first believe it.”

“That’s Kabiyesi. He said that was what Mama said. I was dumb founded. I didn’t know what to say. He said it to me and was looking at Mama’s picture”.

As Iyaloja-General, does she have your own cabinet?

No, we just have committees.

Who is her deputy now?

Her stepmother, Senator Oluremi Tinubu said a hundred and one good things about her on the day of your installation. Did she ever live with her?

Of course, and she is my mom, she knows me.

For how long did they live together?

Most times, when I was on holidays and I am around. If I was not with her I am with Mama. But most times I was with Mama. OmoAgbani mi.

Who is her own biological mother?

Her dad was not there on the day of her coronation, what happened?

He has his own political interest that he was pursuing. That is his life and this is my own life.

Has he ever called her since she was appointed the new Iyaloja-General to advice you?

My dad is always there when it comes to that. But we have our private moments together sometimes.

How My Late Grandma Prepared Me To Be Iyaloja was last modified: July 15th, 2019 by Abiola Orisile