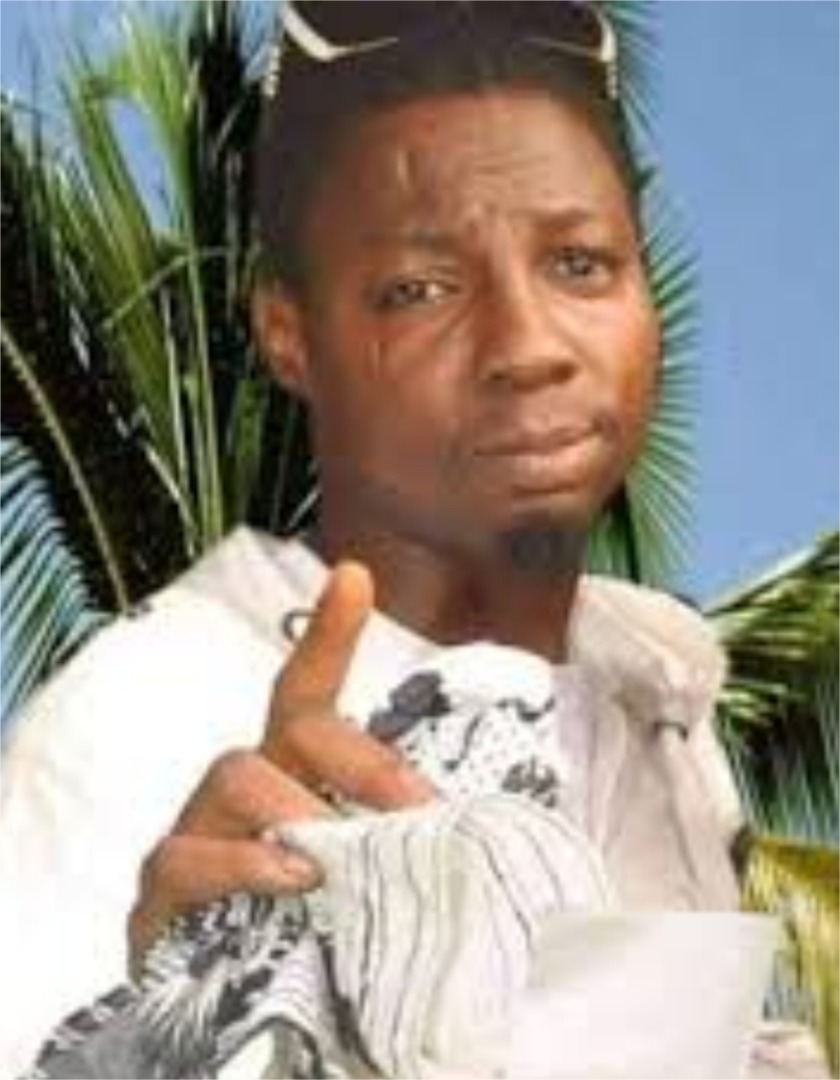 It is no longer news that the leader of an Ibadan dreaded cult group, Moshood Ekugbemi is dead. It was also well-reported news that Ekugbemi was allegedly killed by the leader of a rival cult group called one million boys, Biola Ebila. His death occurred at last week at Olunde/Olomi area of Ibadan, as a result of clash that broke out between the two cult groups. He has since been buried on Sunday 12th April 2020, according to Islamic rites.

What however remains interesting is the mix-reactions that have greeted his death. To the communities that the slain cult leader tormented for many years, it was nemesis that finally caught up with him and they have since breathed some sigh of relief.

But for Ekugbemi’s group, they are still in shock and couldn’t term with the evil that has just befallen them. Especially how their powerful leader was killed like a chicken by Ebila who is said to be much younger than he was. They have since been threatening fire and brimstone and vowed to avenge the death of the leader.

According to a source, Ekugbemi’s boys are pained because his death came at the time when he had decided to repent from hooliganism. He was said to have even disposed some of his boys and encouraged them to go and learn one handwork or the other. They also couldn’t believe cutlass or axe could have penetrated his body due to the kind of powers he possessed.

Ekugbemi, prior to his death, had been in the custody of the Oyo State Police Command for about two years now. The circumstances surrounding his freedom remains a mystery till today. Till the time he was killed, he was still wanted by the police. But how and where did a 28-year-old boy get such mysterious power from?

Ekugbemi, we gathered, was a product of masquerade shrine. His real name was Moshood Oladokun. He was given the Ekugbemi name after he was born and in order to appreciate the spirits of masquerade through which he was born.

The story was that when Ekugbemi’s father was in serious need of a male child, he contacted the man in charge of the shrine. One thing led to the other and Ekugbemi was born but with a condition. That immediately he clocks 10 they must sow masquerade garment for him and must be going out whenever there is egungun festival. According to the source, that was why late Ekugbemi who had been working as a motor boy in Lagos at a very tender age, had to come back to Ibadan around the year 2000, to fulfil their promises. Interestingly, Ekugbemi remained the only son of his father. Three other children born after him were all females. That perhaps was why he was fortified with so many local powers. He later became a terror.

The incident that led to Ekugbemi’s death on Saturday 11th April 2020, was not the first one to have happened. It has become a common phenomenon in the downtown areas of Ibadan and other populated areas for hooligans to be harassing powerless individuals who are developing their properties in the name of “owo omo onile” (land royalty).

According to a report, that fateful day the Ebila’s group was said to have gone to Odinjo/Olomi area where late Ekugbemi has his house, to perpetuate their normal act. They were there to collect their “title”, as it is called in their trade, from one Babatunde Oladapo who was roofing his building under construction. That Ekugbemi who was living just beside the house the rival group had come to raid came to intervene and it led to a big clash between the two groups.

He was said to have attacked and machetes so badly that he later died of loss of blood. His boys were reported to have also sustained different degrees of injuries.

There was another report that he was rushed to his family shrine at Born Photo area of Ibadan, where he was said to have resurrected after some sacrifices were performed but eventually died. According to those who know him, Ekugbemi was survived by five children and four wives. Meanwhile, Biola Ebila who is said to have masterminded the killing of Ekugbemi is presently on the run. He has since been declared wanted by the Police while some arrests have also been made

How Slain IBADAN Cult Leader Got His Mysterious Powers – The Story Of EKUGBEMI was last modified: April 20th, 2020 by Dare Adeniran