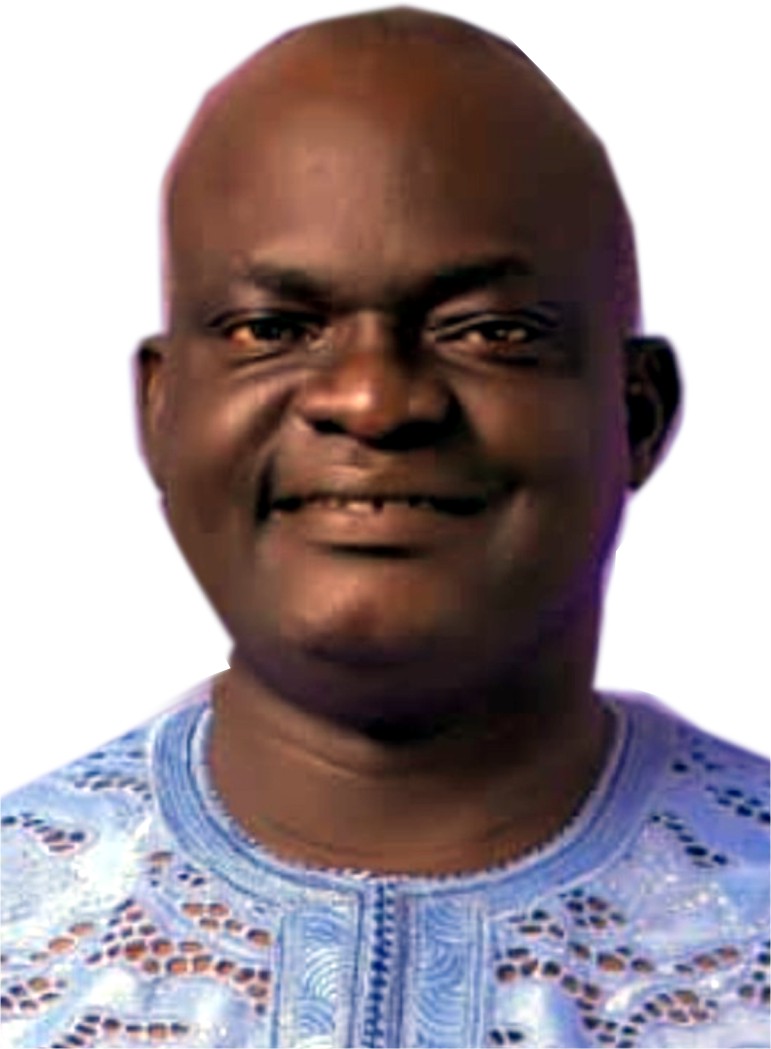 Olusegun Ariyo holds National Diploma in Urban Planning at the Polytechnic Ibadan, Oyo State, Higher National Diploma and Professional Diploma in the same field both in Yaba College of Technology in Nigeria, Bachelor of Science degree in Geography And Regional Planning, Lagos State University, Write on Crime & Beyond on www. urbanexpresslive.com, even though can report many beat.

He is an Editorial Member of Urban Express-News, an online news platform. Before now, he was initially on the Environmental Desk of Thisday Newspaper, a contributing columnist with Commoner Newspaper, and a Reporter with PM News.

He is an award-winning journalist whose love for the good of our environment and security is exceptional. Country Director, Environmental safety and Awareness Initiative (ESAI), a Non-Government Organisation that has trained Nigeria Police, Rural Dwellers in various geographical locations across the country on Disaster Management, safety regulations, Response, Mitigation, Pro-activeness, and coordination in the cause of managing Disaster issues with security concern in Nigeria. Olusegun Ariyo spoke to City People Online Editor SEUN JOSEPH on the security crisis in Lagos state and Nigeria, and how government machinery can deploy modalities to keep the state safe from kidnappers and wanderers from the north. He also gave tips on how Lagosian can avoid being a victim of kidnappers. Read excerpts…

How can you score the methodical approach of security modality in the country?

Well, let’s say we are getting there bit by bit, you can see. If you want to say a mid-term assessment of the approach that has been used, I think it is working gradually. People are not dying as rampant as a couple of months ago, and report on kidnapping and abduction has reduced. They are still there but not as much as before. So far so good.

As far as Lagos State is concerned, should we be worried about the influx of wanderers from the north?

Now, Lagos, Kano, and Rivers State are where there is higher population concentrations in density and migration wise. According to the report, Lagos State has the highest migration pace from the other states of the federation in statistics.

The report shows that from other states, about 1.5 million people come into Lagos state to do different types of businesses. So with all these indices, the government must realize that there should be a special status for Lagos state for security, and development, because all those populations, not only pose a security threat, they are going to mount pressure on the infrastructure, and everywhere there is a high population, they should know that there must be a crime. So, the understanding of the whole factor is the ability to create crime response agencies, to manage the surge. This should now become one of the priorities. Once a government of a country fails to understand that the level of crime is relative in terms of which state has a larger population; which state has more migration records on daily basis. But once a government can realize that, it will be able to understand that the need to bring in more security apparatus into the state.

As we speak now, there is a lack of manpower in the Lagos state police command, and I can assure you of that. There is a lack of manpower in area P for instance, you can recall about two weeks ago when the northern okada riders stormed the police station in Ipaja carrying a dangerous weapon in a rampage to take over the estate gate. Up till now, the state government has not deployed any punitive measures to deal with the situation and the okada riders are still at the gate as we speak. You can agree with me that this is anarchy looming. We hear of similar threats in Isolo and its environs. So we have a big problem here.

We have a high migration level of people coming from Ota, coming from Sagamu, coming from Ibadan and different axis of the state into Alimisho alone, let alone, other metropolitan hubs in Ikeja, Ogba, and the rest of the Island. But the fact of the matter is that manpower is needed to manage the influx of regional migration into the state.

Training and retraining of the police are key. Many of them when they see you, will assess your car, when they see you in big car, they will use the vehicle ahead of you to stop and park you. Not for anything, but because of corruption. They want to collect money because they see that you are driving a big car. So that has distracted them from doing the real job of policing operation and administration of security leadership and had been reduced to working for their pockets only.

So there is a need for training and retraining of the Nigerian police for Nigerians to have a feeling that there is quality policing.

The United Nations has placed security resident pace at a ratio of 4:1 as a standard is another key factor. So the federal government must key into the united Nations statistics demand, that state that every state must have ration 4:1 resident and policemen arrangement respectively. So, Lagos state population is about 19 million, which means we should have at least 2 million policemen in Lagos, or 1.5 million, but I can assure you that Lagos State Police manpower is less than 200 thousand. So all those things are the reason the crime rate is on the increase.

Then on the northerners’ wonderers coming into Lagos, when we have sufficient police officers, one of the methodologies we expect from the police is profiling these people. When we profile them from the division to the area command, the people will be able to know the purpose of their coming to the state. In Ipaja for instance, they are almost more than the residents’ population-wise. They sleep on the road, they sleep in front of people’s shops, and under the trees. They have literally taken over the nightlife. Once anybody is migrating because of food factor to another state, and no other purpose, he becomes a wanderer, and a wonder has the tendency to do things tantamount to stealing, raping, and kidnapping because he hitherto has no good reason to come in the first place.

So it is important for police to give awareness on how to manage them. These are the people who eventually turned to one-chance Okada riders. They will collect bags and phones from unsuspecting workers.

I will commend Lagos state for restricting them from some major areas, but what they need to do is based on enforcement, which still brings us back to police efficiency in the area of manpower, it is very important for a mega city like Lagos. Logos should have larger proportional manpower so they can be at various places at the same time.

What is the Place of NURTW in the area of the one-chance robbery in Lagos?

NURTW’s role is to manage drivers in yellow buses. What we need is policing. Do you know that NURTW works only during the day? The uniformed staff of NURTW would have left his post by 6 pm and the bus stops and junctions becomes free for kind of drivers to pick just any unsuspecting commuter. So what we need is manpower in the Nigerian police.

But Lagos state is still better in the area of security manpower despite the manpower deficit, I must commend CP Hakeem Odumosu. He is really pulling stunts to ensure the few available police in Lagos are working.

Has the media also done enough to report the rate of insecurity?

The media is not doing enough but the media is fair. While I will say the media is not doing enough is because of the system of government. The government suffers integrity deficit so information retrieved from legal agencies is sometimes faulty. The media has to do more legwork and eventually get contradictory information. The government is not encouraging investigative journalism. Barack Obama, former president of America, said for any society to thrive, the media are key ends for that national development. When the state is not doing the right thing, it threatens the media not to project it, and whichever platform challenges the other, it becomes the enemy of the state. A journalist must be encouraged instead of intimidated.

As a security and environment expert, how do you advise Nigerians against One-chance robbery?

Yes. It is important that commuters don’t follow shortcuts, in the bid to get to their destinations. A shortcut may be in terms of reduced fares, or traffic or populated bus stops. These are the major reasons people fall victim to one chance. It is important that you board bus in the state-designated parks. Do not say because the fare is too high and you want to consider buses that are driving along. Buses in the part and traceable and as such will not indulge in robbery.

Some will say it’s because a lot of people are at the designated bus stop or ark and they do not stand the chance of getting in the bus on time, so they move far ahead to see if they can catch any bus along the way. It’s also dangerous. Don’t board buses that are not painted Yellow and black Lagos colour; that is not an option. When you hire a cab, use the approved car-hailing platforms.

It is also important you turn on your location from your android phoned whenever you are travelling or going somewhere. When your Google location is turned on. It makes it easy for friends to get a glimpse of your whereabouts.

Observe the sitting arrangements of people on the bus you intend to enter. Do not board Vehicles with tinted glasses or Curtains. Then do not board buses at wee hours. Where you know you may be leaving your location late. Make arrangement for your trip before its gets too dark for usual. Scrutinize the driver and conductors closely and don’t lose guard. Over your instincts. And try to have the contact of the police in your area command. Very important.