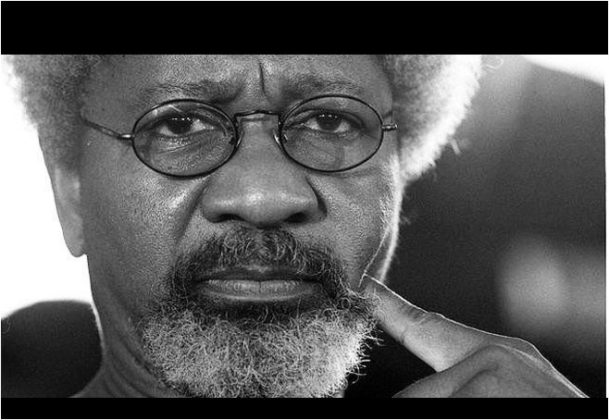 Not Many people know that Professor Wole Soyinka and Bola Ahmed Tinubu are close friends. In fact, these two Iconic figures were together during the Abacha regime and they jointly fought his government.

As a statement of fact, after the results of the 12 June 1993 presidential elections were annulled, Tinubu became a founding member of the pro-democracy National Democratic Coalition, a group that mobilized support for the restoration of democracy and recognition of Moshood Abiola as the winner of the 12 June election. Following the seizure of power as military head of state of General Sani Abacha, he went into exile in 1994 and returned to the country in 1998 after the death of the military dictator, which ushered in the transition to the Fourth Nigerian Republic.

During his exile, he and Wole Soyinka amongst others were together planning on how to battle the Abacha government. One of the things they succeeded doing then was to raise funds for revolution against the Abacha government. During Bola Ahmed Tinubu 5th Colloquium, Prof Wole Soyinka went back memory lane on their relationship and friendship of over 2 decades. During the regime of General Sani Abacha (1993–98), Soyinka escaped from Nigeria on a motorcycle via the “NADECO Route.” Abacha later proclaimed a death sentence against him “in absentia.”With civilian rule restored to Nigeria in 1999, Soyinka returned to his nation.

Prof Wole Soyinka spoke at the 5th Bola Tinubu Colloquium and he said many things about Bola Tinubu. “As you know he was a fugitive offender like many of us here. Former governor of Lagos State and also a businessman. Some of us in the anti-Abacha movement won’t have survived if not for him. During our period or exile resistance, we looked for all kinds of means to raise funds, including trying to print redeemable bonds. I think we did print redeemable bonds. We were so confident of victory and we say let’s print bonds and sell those bonds. We designed those bonds… The symbol that we were supposed to use as at that time which was to be symbolic of growth because it was a shrub, apparently that shrub looked like marijuana. We didn’t know this until someone pointed it out

But finally, Bola Tinubu said what do we have to do? We have to find funds. I said what can you do; you are the businessman, and he (Bola) said I heard there’s a rice line between Taiwan and other places. I think I can get a contract to sell rice between Taiwan and Africa. I said go ahead and sell rice. He said they would require letter of recommendation and Bola said I have to write one but I replied him, I don’t know anything about rice and Bola told me that I should write that we are trading in Rice and give the letter to me and I will give the government of Taiwan and they would supply the rice to me and I sell the rice and use the money for revolution.

So when I came back from exile, my house has been made inhabitable, I took a place in Lagos while my house was being fixed. I found out the work was slow while I was in Lagos. So I got this reasonably cheap house. We moved in there. It was an unfinished house. But suddenly, a vehicle rode up and I thought the vehicle contained bags of rice from Taiwan but it was pots and pans. What more do you require if you are moving to an unfinished building? You need to cook. His wife, Remi Tinubu had thought that I would need those items for me and my wife to survive before our house is repaired in Ogun State”.

READ ALSO: WHY I AM SETTING UP A THEATRE SCHOOL IN CANADA – VETERAN ACTRESS, IYA ALAKARA

Ogun State Agog for the Celebration of...

Why More & More Women Are Going...