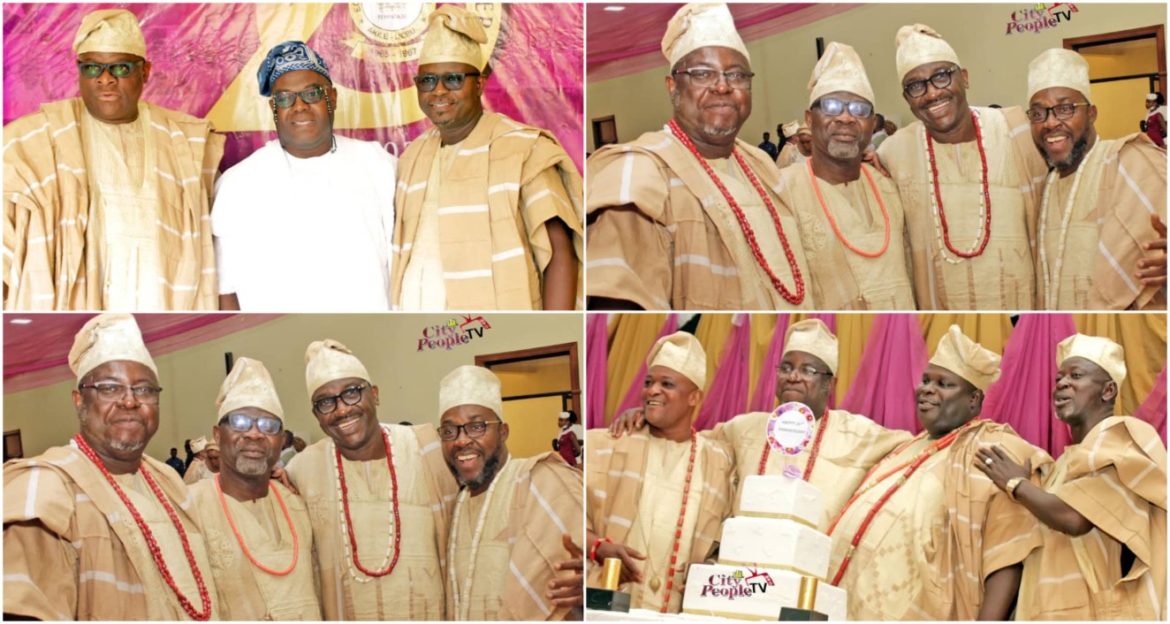 Otunba (Giwa) Olatunbosun Opeyemi Oreagba is the President of the egbe BOBADEGA, a vibrant and development-oriented group of men born between 1983 to 1985. The Ìj¹Ìbú based businessman is the CEO of TBS Lounge and Bar. He also owns BOSOP International Ltd. Otunba Oreagba came from a very popular and highly influential family Ìr¹ Agba family; The Balogun family in Ìjebú. He is also the Otunba Fehintade for the Erunwon Kingdom. The youngest Otunba as far as Ìjebú Kingdom is concerned.

In a chat with City People’s JAMIU ABUBAKAR, he explained why the esteemed age-grade group was set up amidst their goals and aspirations.

Tell us about your group, the Regberegbe Ìkùnrin Akile Ijebu?

The group is all about promoting the Ìj¹Ìbú culture and giving back to the society from which we came from.

How long has the group been existing?

This is our 3rd year of existing as a group.

Why did you form the group?

The idea the Regberegbe group has been in place since the time of our grandpas. It was created by Ìba Sikiru Adetona. It’s a set of age groups. Like our own age group is 83, 84 and 85. I mean those who were born around 83, 84 and 85. So we formed that group together. Our senior brother is 80,81, 82 and upward like that. So 86 to 88 are also established. So they are also together. It’s a 3 years interval. That’s how the group is.

Is there a female version of the group?

We have both males and females.

What’s the female version of the group called?

It’s still the same name. We do the same thing, promoting Ìj¹Ìbú culture. It is like that because you know we are all married men and they are married women too. It would be uncalled for both genders to have a joint group. That’s why the Awujale separated it into the male version and the female version.

What are the goals and aspirations of the group and how have you been fairing right inception?

Well, it’s been the grace of God from the start. The Regberegbe of a thing is not an easy task but by the grace of God, we were able to achieve a lot. During the COVID-19 lockdown, we did a lot of packages for the indigenes of Ijebu. We went to the motherless homes, gave back to them and later in the future, we are looking at our general hospital in Ijebu Ode to check the building and do a further renovation. At the same time in due course within us we helping each other. You know the fingers are not equal. We have quite a number of artisans among us. So we benefit from one another. We have people from all works of life as members. Every member benefits a lot from the group.

What is that thing that makes your group different from other age-grade groups in ÌjeÌbú?

We do things in our own special way. Our ability to cooperate and reason together is key. No that we don’t fight but when we have issues in the group, we quickly resolved them. We thank God we have a lot of quality members which others don’t have. We have members here in Ijebu, and other parts of Nigeria not leaving those in the diaspora. During the Ileya festival, some of them would come home so that we can celebrate together. Our group is all-encompassing. It brings all and sundry together. We don’t discriminate. Anybody can join us.

Where do you see yourself in the next 10 years?

We pray to achieve more. Let me give you a clue out of our objectives, we intend to contribute a lot to the development of Ijebu. We will provide clinics in areas where they are needed. We will donate to our general hospitals and schools needed to be renovated would be attended to. Though we are still using the title Regberegbe, we should have a name. We plan to achieve that in the next couple of years. All Regberegbe has a name like Mayegun, Tobaláse. We also have a name. Our name should be Ègbé BOBADEGA Okùnrin Akile Ìjebú. But we can’t use that name presently until when the Kabiyesi finally approved it. So that’s why we are using Regberegbe Okùnrin Akile Ìjebú.

Recently your group made Yeye Olayinka Sanni as your patron. Why did you choose her as a leader?

Actually, in every society, you would have a patron. So Yeye Olayinka stands as our patron. We are still young, we have Baba Ègbé (Male patron), and we have Iya Ègbé (female patron) but why we choose YEYE is because we have studied her for years. Out of our list of prospective candidates, she is kind of different. Her lifestyle speaks a lot. She is a sociable person and a caring mother. She’s the kind of woman that wants the younger groups to develop to greatness. She belongs to the popular Ègbé Arobayo Obìnrin Akile Ìjebú. I think they should be in the range of those born in the years 63,64,65 I guess. That should be their year. She is just a different woman.

Aside from being born between 1983 and 85, what other requirements make someone a member?

Due to how the Awujale structured it, if you fall into that age group, no matter what you do as a profession apart from stealing, automatically you can join us. This is because joining us makes a lot achievable. Since you fall in the age group, you can join it. If you are not an indigene but you married from Ìj¹Ìbú you are also qualified or probably you are born and raised in Ìjebú and you have stayed let me say for a period of 15 years above, you are also qualified to join us. Since you are from Ìjebú, you marry from Ijebu or born in Ìjebu for a period of time then you are qualified to join.

READ ALSO: I DIDN’T KNOW I WILL BE ALIVE TO CELEBRATE MY 50TH – LAGOS CELEBRITY WOMAN, OLORI SANDRA THOMAS REVEALS

I Didn’t Know I Will Be Alive To Celebrate My 50th – LAGOS Celebrity Woman, Olori SANDRA THOMAS Reveals

Gov. WIKE Reveals How His Successor Will Emerge