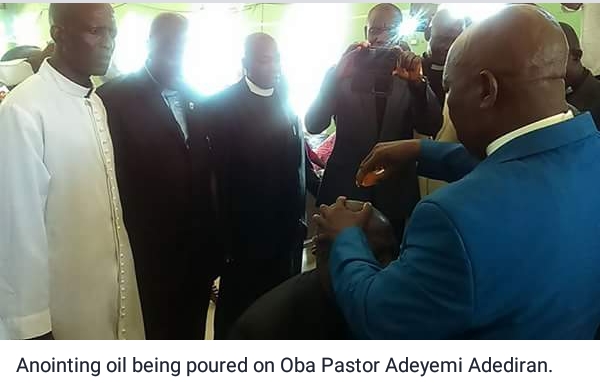 HRM Oba Adeyemi Adediran Akanbi was yesterday ordained as a Pastor by the Acts of Apostles Int. Church Akure in conjunction with Christian Association of Nigeria (CAN) Esa-Oke Chapter.

According to the Oba, God first appeared to him in a dream that he would be ordained a Pastor. While still pondering on this, the general overseer of The Acts of Apostles Int. Church Akure, Apostle/Prophet (Dr.) Z.B. Adeboriota also revealed, without being told, that Kabiyesi has a call on his head. 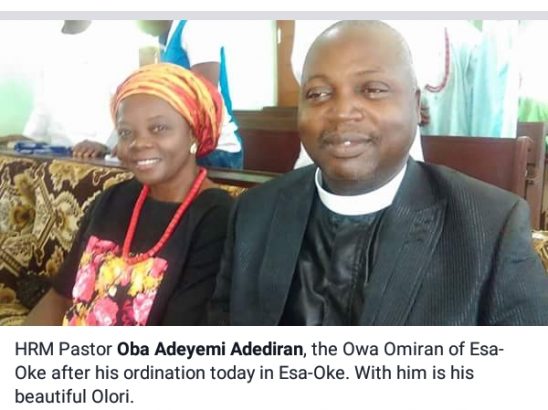 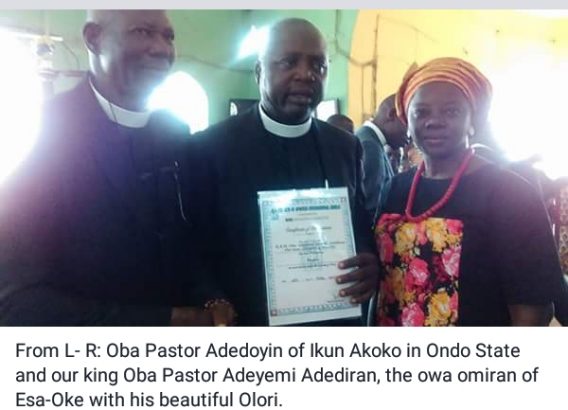