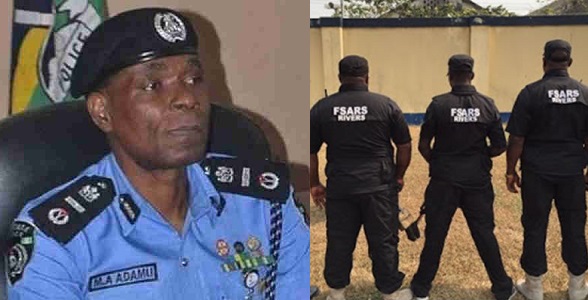 Mohammed Adamu, Nigeria’s Inspector General of Police, has dissolved the Special Anti-Robbery Squad after citizens called for the unit to be scrapped over rights violations.

Adamu in a Facebook Live broadcast to Nigerians on Sunday afternoon said, “The Special Anti-Robbery Squad of the Nigeria Police is hereby dissolved and all officers serving within the unit are to be redeployed with immediate effect.

“A new policing arrangement for tackling the offences of armed robbery and other violent crimes to be unveiled to the public soon.

“A citizen and strategic stakeholder forum will be launched to provide an avenue for citizens to regularly interface and advise the police authority on issues touching on the general public.

“To deal with report of crimes committed against citizens, an investigative team will be constituted which will include civil society organisations and culprits will be punished.”

How To Download City People Digital Edition For The Week