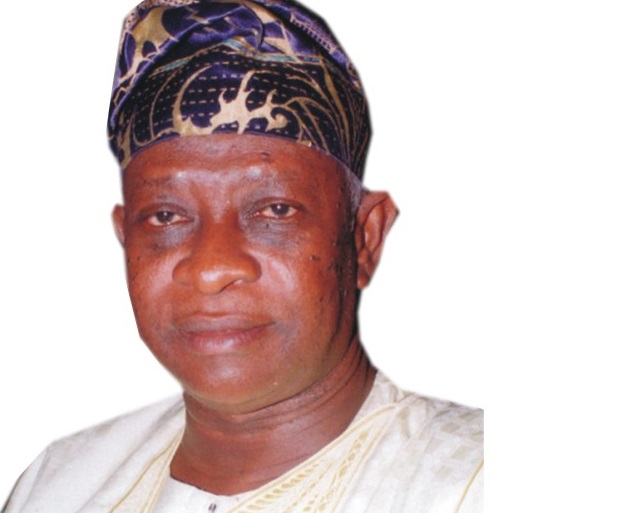 Within the Ogun State APC there is a formidable group of elders called The Ijebu Agenda, led by Chief (Dr.) Gbolade Osinowo, a former Special Adviser on Political Matters to ex-President Olusegun Obasanjo. The group is rooting for an Ijebu person to take over from the incumbent governor, Senator Ibikunle Amosun and it has found a worthy candidate in one of Gov. Amosun’s commissioners, Otunba Bimbo Ashiru, the Ogun State Commerce & Industry Commissioner.
Members of the Ijebu Agenda say they are speaking for all the people of Ijebu and Remo division that it is their turn to produce the next governor since, Gov. Amosun has used up the slot of the Egba/Egbado division. It says instead of Gov. Amosun’s stand that the people from Ogun West should produce a candidate that he can support to enable them fulfil their agelong dream of ruling Ogun State for once, the Governor should base the governorship race on the 2 old divisions which the state was divided into decades back. It says it prefers Divisions as opposed to Senatorial Zones. This has added a new twist to the race for Ogun governorship.
A few days back in the comfort of his house in Ijebu-Igbo in Ogun State, the Chairman of Ijebu Agenda, Chief (Dr.) Gbolade Osinowo spoke to City People Publisher, SEYE KEHINDE about the Ijebu agenda for 2019 governorship in Ogun State. Below are excerpts of the interview.

There is so much talk about Ijebu Agenda. Is it a formal group, a movement or an idea?

Actually, it is a belief among many people in Ijebu political space. And many of them align with that political belief. And it has crystalised into a political position of the Elders of IJEBU and REMO. It was a spontaneous reaction to the expressed position of Mr. Governor, who is the leader of the party APC in the state that the next candidate for governorship should come from OGUN West, which is one of the 3 senatorial districts, on the ground that they have never been governor in the 42 years of Ogun State as a political entity.

When he first mooted the idea, I pointed out to him that this would run counter to the way politics has been played in Ogun State which has always been Bi-polar. The Egba & Egbado belong to one group belonging to the older Abeokuta Province and the IJEBUS & REMO belonging to another group, even though their political identities are also separate because they are also divisions. And to introduce what he is talking about won’t be politically correct.

But he stuck to his guns. On May 31st, 2017 whilst swearing in the Chairman, of the Consultative Assembly Committees, he made a statement, (ex-cathedral so to speak) when he spoke to them. He was speaking to the stakeholders of the party. And we sought an audience with him, that is the leaders of APC in Ijebu and Remo. We didn’t get that opportunity until July, after he had repeated his position at a stakeholders meeting at the party secretariat. We made him realise that this would be a disservice to the Ijebus and Remo people. We reviewed the history of Ogun State, how the 2 former provinces came together, and that the Old Ijebu province was already at a disadvantage because, of all the 24 provinces in colonial Nigeria, only Ijebu has not become a state.

Others have become a state some 2, some 3. Take Sokoto province. It has 4 states now. By virtue of the fact that Abeokuta is the state capital, Ijebus already have a disadvantage. And actually the way projects and programmes and personnel have been handled under him has also been titled. And anybody that has travelled round the state will see what we are talking about. So we told him all these. But he said we should not look at all these. That we should look at equity we should consider things for God sake and that how will he explain to God. That for 42 years, a section of the state, Ogun West, has never been allowed to rule the state.

And we also pointed out that actually that lopsidedness was not the fault of Ijebu and Remo. At several points in time, the Yewa people who used to be the Egbado people had attempted to be Governor but they had not succeeded because the Egba had not treated them too fairly. There are 2 majority groups and 2 minority groups. And what we have done in Ijebu, after the turn of late Gov. Onabanjo, and it came our way again, we told the Ijebus not to participate, that we should allow Remo participate. That was how Otunba Gbenga Daniel emerged.

We told Mr. Governor that what the Egba needed to do was to give the Yewa that opportunity but at every point they had to struggle with the Egba majority and they couldn’t get it and the best example was 2015 when no Ijebu person of note participated in the election, but the Governor himself participated and because me of that he robbed Yewa of that opportunity. You see.

The governor said we should go and talk to our people. We said ok. We would try. So, we left. We came back home, we went round and we found out that it was a very unpopular decision, because if you notice in 2015, our senatorial district did very poorly in terms of APCs ascendance to authority. We lost the senatorial district to PDP, and the reason was many people felt alienated. They felt marginalised. They felt APC was not being fair to this zone. They felt more comfortable with PDP. We kept pointing that out that for us, who call ourselves leaders, in APC in this senatorial district our position gets increasingly untenable, because all our people say to us is don’t you see the developments going on in Abeokuta, and Ifo and so on? What are you people bringing back here? And to some extent, politics has to do with that: Getting the authority and the allocation of resources.

So if nothing is really allocated to places like Ogun East, that they can point to, then they will point at us, we the leaders, as having failed them. So, that is what is responsible for this attitude. Across all the local governments, the response was a resounding No. That No, it is the turn of the Ijebus-Ijebu lo kan. And then, we went back to the governor that our people are not yielding.

We sent words back to the party leadership that look ooo, we are in great danger of losing this thing because our people feel alienated and to now add this to it would be suicidal. If we go ahead with this plan, we can as well forget Ijebus at the election. The party leaders called us and talked to us. They explained that what the Governor said was an attempt on his part to try and redress a long standing embarrassment.

The party leadership then said, really, what the Governor said was his personal opinion and the party position was that there should be no zoning and anybody can aspire and was free to put his hat into the ring and join the race. That was good news. We came back and took the good news to our people. There was joy. By then, we could see we had achieved our objectives. Because our plea and our prayer was answered: Give everybody a level playing field. Let the aspirants from Ijebu and Remo also be allowed to participate.