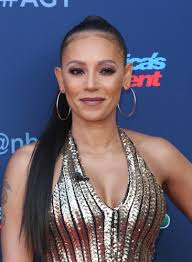 Mel B is preparing to check into rehab after being diagnosed with PTSD and reaching what she calls ‘crisis point’.

The former Spice Girl and mother of three is planning to enter a British facility in the next few weeks to get help after being diagnosed with Post-Traumatic Stress Disorder (PTSD) and admitting to drinking heavily following a turbulent period in her life, including the death of her father Martin Brown and her split and subsequent messy divorce battle from Stephen Belafonte, who she accused of being abusive.

‘The past six months have been incredibly difficult for me. I’ve been working with a writer on my book, Brutally Honest, and it has been unbelievably traumatic reliving an emotionally abusive relationship and confronting so many massive issues in my life from the death of my dad to my relationship with men.

I’ve also been through more than a year of court battles which have left me financially battered and at the mercy of the legal system, which is completely weighted against emotionally abused women because it’s very hard to prove how someone took away all your self-respect and self-worth.’ she said.

Restaurateur Rusty Updegraff, claims Mel is “sex-crazed” and slept with three men in one day and has bedded a string of hunks including ex-teen pop star, Aaron Carter.

She told The Sun newspaper that:

‘I am being very honest in my book about drinking to numb my pain but that is just a way a lot of people mask what is really going on. Sometimes it is too hard to cope with all the emotions I feel. But the problem has never been about sex or alcohol it is underneath all that. I am fully aware I am at a crisis point. No-one knows myself better than I do.

But I am dealing with it. I love my three girls more than life itself. I have also made the decision to go into a proper therapy programme in the next few weeks, but it has to be in the UK because I am very, very British and I know that will work best for me. I am still struggling,’ she continued, ‘but if I can shine a light on the issue of pain, PTSD and the things men and women do to mask it, I will do.

I am speaking about this because this is a huge issue for so many people. I’m not perfect, and I have never pretended to be. But I am working on being a better version of myself for my kids, for my family and for all the people who have supported me in my life.’

‘I’m at a crisis point’ – Mel B reveals she is heading to rehab to tackle PTSD and ‘sex addiction’ was last modified: August 27th, 2018 by Igbokwe John