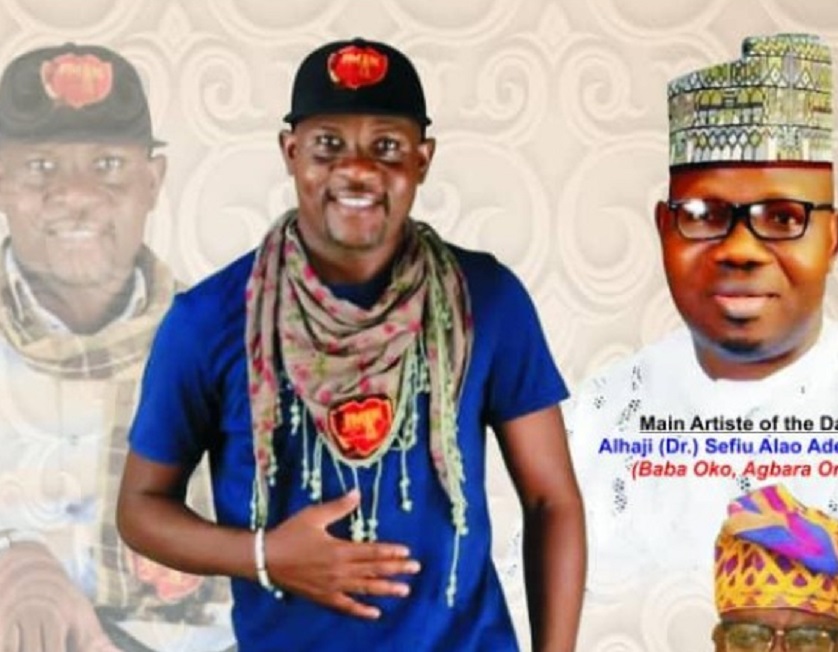 Different Stroke Media, the organisers of the only award event designed majorly for the Islamic industry in Nigeria, Islamic Music and Associated Nominees (IMAN) Awards, have released nominations for the 2020 edition of the awards. Tagged: IMAN Awards 2020 (The Post-Lockdown Edition), the award project for this year would be cbe holding as a 2-in-1 event on Sunday, 29th November, 2020.

According to the organisers, the event which is scheduled to hold at Maridom Palace Hotel, 1/3 Maridom Close, Off Ilo-Awela Road, Toll Gate Area, Sango-Ota, Ogun State, will also be witnessing the postponed 40th birthday bash of the initiator of the awards and Chief Executive Officer (C.E.O.) of Different Stroke Media, Saheed Ojubanire, which makes it a 2-in-1 event. Reportedly, the 40th birthday celebration now aptly tagged: “The Reloaded Party”, was supposed to have taken place on Sunday, April 19th, 5 days after the actual date, April 14th, that Ojubanire clocked 40, since the actual day was a Tuesday, but had to be postponed due to the Covid-19 imposed lockdown.

Hence, according to the new plan for the 2-in-1 event, the award part would take place first as Red Carpet would start by 12 noon prompt. And by 1 p.m., the award presentation to winners would begin in earnest with the official Master of Ceremonies for IMAN Awards and member of IMAN Awards Hall of Fame, Chief Musiliu Sanni, a consumate broadcaster popularly known as Mr. Bebe or Bebe Musiliu, would be anchoring that part with his inimitable sense of humour. The awards presentation and intermittent performances by Islamic artistes are expected to last from 1 to 4 p.m. after which the birthday bash would kick-off.

The birthday part of the event which requires Ankara Aso-Ebi chosen for the birthday shindig that comes with an Access Card to attend the party, would be anchored by highly talented thespian and Global President of Theatre and Motion Pictures Practioners Association of Nigeria (TAMPAN), Otunba Bolaji Amusan (JP), popularly known as Mr. Latin. And Fuji music star, Alhaji (Dr.) Sefiu Alao Adekunle, Baba Oko, whose Media and Publicity is incidentally being managed by Different Stroke Media, would be the main artiste on the bandstand for the birthday party which promises to drag late into the night.

The Chairman of the birthday party is no other person than Chief Adewale Adesina, better known as Wale Saranda, the Babalaje of Ilaro, and C.E.O. Western Quarry Limited. The Royal Father of the Event is HRM Oba (Dr.) Fakayode Faluade Anikinnikun Ilufemiloye 1, the Olu of Ibogun Owu Kingdom. Father of the Day is Dr. Seye Kehinde, Publisher/Editor-in-Chief, City People Magazine who is also an inducted member of IMAN Awards Hall of Fame, and Mother of the Day would be Mrs. Kehinde Ademoye. And Chief Host would be the Olori Ebi of the entire Ojubanire Family, Alhaji (Chief) Mukaila Ajao Ojubanire, the Giwa Musulumi of Ibarapa Muslim, Abeokuta and Baba Adeen of Darul Maaruf Arabic/Islamic School, Lagos.

Meanwhile, to vote for their favourite nominees for IMAN Awards 2020, members of the public are expected to send as a text message, “IMAN”, leave a space, followed by the serial number of the award category on the nomination list, leave a space, and followed it by the name of the nominee as written on the list to: 09065483066. For example: “ IMAN 1 Whizkid” and send to the number. Or: “IMAN 2 Tiwa Savage” and send to same number. Only one vote from a phone number is allowed. And voting which starts from the time of this publication would end on Sunday, 22nd November, 2020. For sponsorship or brand participation, call: 07034570500, or Email to: dsmedia1@yahoo.com