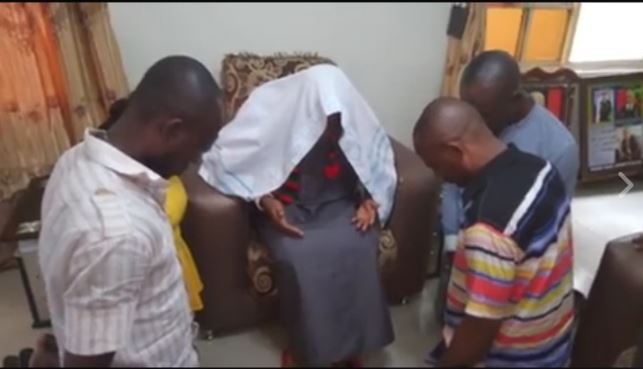 Despite his tribulations in the last one year, leader of the pro-Biafra secessionist movement, Nnamdi Kanu has not derailed in his spirituality and faith.

The leader of the Indigenous People of Biafra IPOB, Nnamdi Kanu was spotted praying with some guests who paid him a visit at his abode in Abia state.
The IPOB leader who covered his head with a “Jewish” cloth prayed for his guests who knelt down to receive his blessing.
Kanu, the son of a traditional ruler has been teased about toeing the pastoral line as he soars in popularity following his release from incarceration after 18 months behind bars
IPOB Leader, Nnamdi Kanu Goes Spiritual Amidst Legal Tussle with Federal Government was last modified: May 24th, 2017 by Arinze Ago

A Reckless Driver Almost Killed Me __...