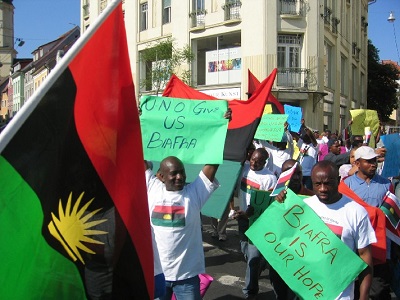 Aggrieved members of the Indigenous People of Biafra IPOB in the United States have reportedly stormed United Nations office in New York today, to protest against President Buhari who is currently attending the 72nd Session of the UN General Assembly and also speaking today.

The secessionist group members claimed they are protesting against the killings and destruction of properties during the military invasion in Abia state.