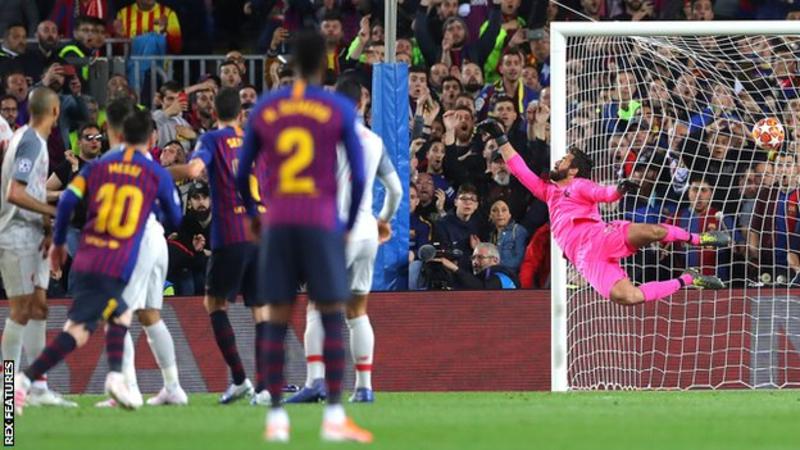 Teenage Liverpool striker Rhian Brewster is “ready” to play in their Champions League tie with Barcelona, according to manager Jurgen Klopp.

The Reds are without injured forwards Mohamed Salah and Roberto Firmino, which may mean Brewster starts.

“The situations are always like this. In an ideal world, in a season you always have much more players than you can involve in a squad.

“When you’re on the bench, you are an option to play.”

Brewster will be named in the matchday squad for only the second time, having been an unused substitute against Crystal Palace in April 2017.

The highly-rated youngster has struggled with injuries this season but Klopp claims he has regained his sharpness.

He added: “Rhian has been in just outstanding shape for the last three or four weeks, but the other players were there as well.

“It’s just good so now it’s really nice in a difficult situation that we can give him that spot in the squad and have him there to bring on as a striker.”

Despite a 3-0 deficit Klopp retains hope of Liverpool progressing to back-to-back Champions League finals, and if they do lose they will “fail in the most beautiful way”.

“We are far away from giving up,” said Klopp. “There is hope.

“If there is an opportunity to go to the next round, we have to try.”

The German added: “We want to celebrate the Champions League campaign, either with a proper finish or another goal.

“If we can do it, wonderful, and if not then fail in the most beautiful way, if you want, with a close result.”

Barcelona threw away a three-goal lead to lose at Roma in last season’s quarter-finals – but at the weekend the already-crowned Spanish champions had the luxury of resting all 11 players who played last Wednesday for the defeat to Celta Vigo on Saturday.

Liverpool are looking to become only the third team in the history of the European Cup or Champions League to come from three goals down after the first leg of a semi-final and progress to the final, after Panathinaikos in 1970-71 and Barcelona themselves in 1985-86.

“Tuesday night will be the third game in six days and Barcelona changed 11 positions on Saturday, so that is a massive difference as well, of course,” Klopp said.

“Together with our supporters it was a long season and there is at least a little chance to make it even longer.

“If not, these are the last two home games of an incredible season.