Lagos transport problems will be solved with Inter-modal Transportation – Hamzat 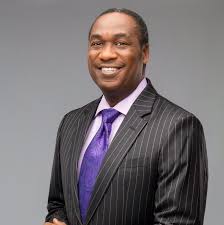 Former Lagos State Commissioner for Works and Infrastructure and Lagos Deputy Governor hopeful, Dr. Obafemi Hamzat has said that the All Progressives Congress, APC, government will tackle the problem of transportation in the state with inter-modal system of transportation if voted into power next month.

Hamzat, who is the running mate of the APC Lagos governorship candidate, Babajide Sanwo-Olu in next month’s governorship election in the state, spoke at an interactive session with newsmen in Ikeja, Lagos, Southwest Nigeria on the agenda of the party.

According to Hamzat, the plan of the Sanwo-Olu administration, if voted in, would be to explore road, rail and water transportation system to solve transportation problem in Lagos with a burgeoning population.

“Our plan is to integrate road, rail and water transportation in Lagos to solve the problem of commuting within the metropolis. We will fix all bad roads and expand our road infrastructure. We will complete existing road projects and fix inner city roads. We will improve navigation on our waterways to facilitate water transportation and promote private investment. Part of our plan is to complete the ongoing Blue Line rail project from Okokomaiko-Marina and kick-start the Red line from Agbado to Marina,” he said.

On traffic management, Hamzat said the APC team had identified over 60 gridlock points as the major causes of traffic around Lagos, saying that “we are going to work with the federal government to complete the Lagos-Apapa road, build a 5000-capacity trailer park and also work with the Nigerian Port Authority for a strict on-call system that notifies trailers when to pick-up containers to avoid the indefinite waiting period. This is a very important part of our plan. We have a comprehensive strategy for achieving set goals.”

On health and environment, the former commissioner said their proposed healthcare would be anchored on comprehensive health insurance scheme for Lagosians to improve access and affordability, as the the APC government would improve on primary health care system and complete many secondary health facilities.

“We will work with private investors as well to ensure that Lagos is the health care destination for Nigerians. I am meeting with different health care stakeholders, and was a guest at the Pharmaceutical Society of Nigeria end of the year event, where we discussed ways to improve health care delivery in Lagos,” he said.

On environment, he said to keep the environment clean and healthy, the APC government would rejig the waste management system by getting LAWMA to deliver better on its mandate as the regulator, while the PSP model would be made to respond better in collection of waste in Lagos, adding that “we cannot make the mistake of subjugating LAWMA.”

Speaking on education, Hamzat stated that, the plan of the APC government would be to increase access to public education in Lagos, especially public primary and secondary schools, as the government would immediately embark on renovation of schools and make them conducive for learning.

Teachers will be trained for capacity enhancement in modern teaching methodology. We want to make teaching a more lucrative field of interest and attract the best of teachers to Lagos schools. We want to work with our educational institutions to improve curriculum and include entrepreneurial studies in our educational programmes,” he said.

He said cases of where a teacher would live in Ikorodu and teach in Mushin would be eradicated as such teacher would never be effective, saying that proximity would be considered when deploying teachers to work in schools for maximum effectiveness.

Hamzat added that the APC government would pursue aggressively the free school feeding meal and would also ensure that the Parents Teachers Association, PTA, was involve in the management and running of education in Lagos State.

On technology, he said “we also want to create a smart economy on the back of technology. We will create incubation hubs in Lagos for technology startups to flourish, while also ensuring that we introduce coding into our public school curriculum.

“Technology will improve the rule of law, education, ease of doing business and government processes. Technology will reduce approval process circle in public-private sector dealings. It will improve government efficiency. Giving Entrepreneurs and SMEs the opportunity to thrive will lead to more jobs and more public-private sector partnerships,” he said.