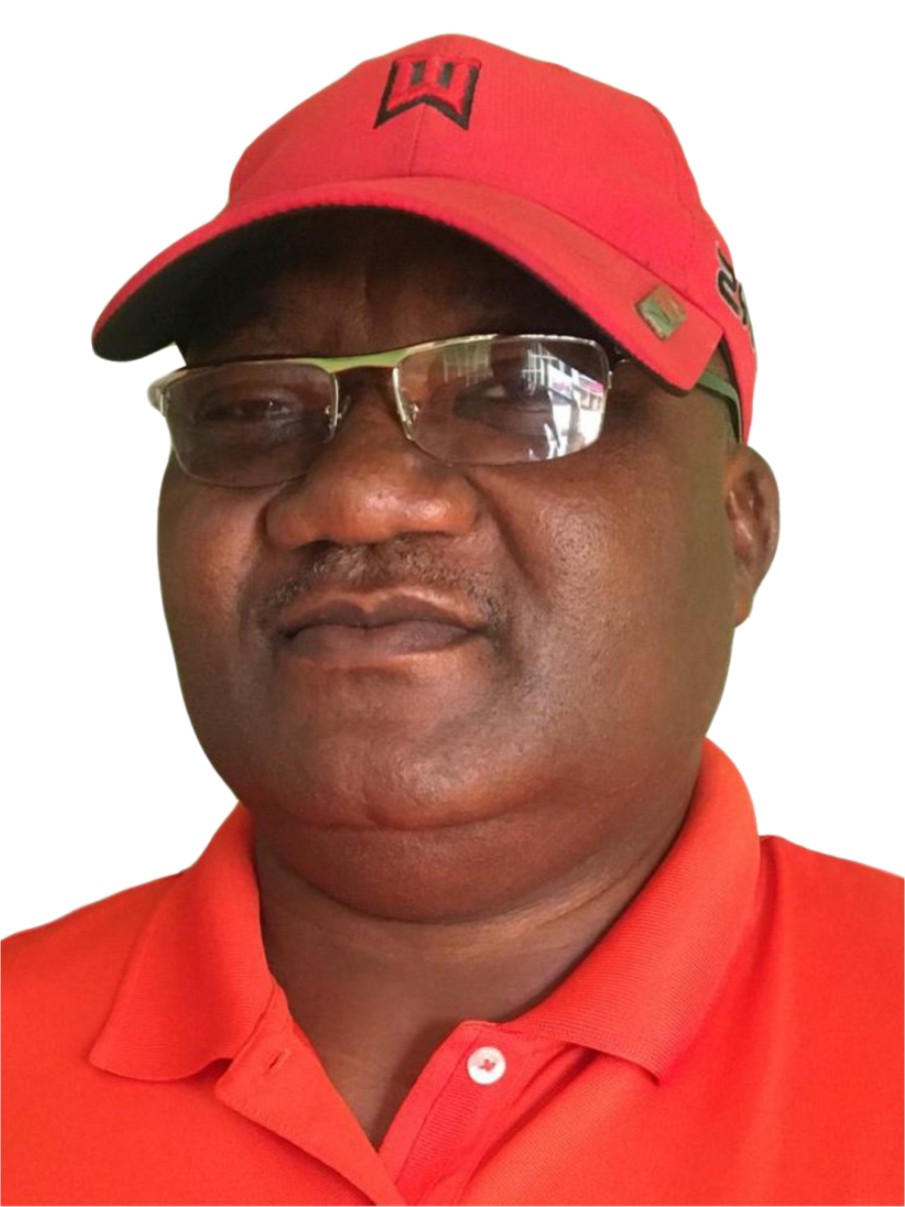 Ola Ibironke is a big name in the entertainment world. He is popularly called ‘Dudu Heritage’’, by many. He is not your everyday celebrity. Though quite popular and sociable, yet he is reserved and detests unnecessary noise around himself. Despite the publicity that his job as a music promoter has exposed him to, he still loves to keep it real and simple. That is why he rarely grants interviews. But like a golden fish which has no hiding place, Ola Ibironke is now the Captain of the prestigious Ibadan Golf Club (IGC). And for the first time ever, he spoke about his very private life, family and many other things people don’t know about him. It was a no-holds-barred interview last week, as City People Magazine’s Correspondent, DARE ADENIRAN engaged this suave, cool and amiable man called Ola Ibironke. The interview, held at IGC, was indeed an explosive one as ‘Dudu Heritage’, as he is popularly known, opened up on many interesting issues. What informed the name Dudu Heritage? Why did he relocate back to Nigeria from America some years back? He also talked about his marriage to the popular actress, Bimbo Oshin and his vision for Ibadan Golf Club, as well as several other things. Ola Ibironke was able to also shed more light on his involvement with popular Fuji artist, Abass Akande Obesere’s ‘Omorapala Overthrow’ album.  Enjoy it.

Let me first of all congratulate you on your emergence as the new Captain of the Ibadan Golf Club. How would you describe the experience so far?

Yes, its been worth it. You know I have served in about two or three excos. So I am not new when it comes to the administration of the club. I Have garnered my experience from various captains under whom I have served. I was the second vice-captain before becoming the captain.

But due to the Coronavirus pandemic, we had so many challenges because when we came in there had been the directives from both Federal and the state governments, that you can’t open.

But simply because golf is a sport you play in the open, we were able to maneuver. At least, to exercise the body.

Tell us about your efforts in fighting the pandemic?

We have put a lot of measures in place. Initially, before you could enter here, there is a washing hand basin outside. You have to follow all the rules. They take your temperature, which we are still doing anyways. We also restricted attenders to members only so that in case of anything there could be easy contact tracing. Also, we have continued lending our voices together with other groups and individuals in making sure that the general public are well sensitised about the deadly virus.

But to God be the glory, we haven’t had any issue so far. So we have been able to get around it and we still play golf.

Having been around for a while and served as an exco member, you must have noticed some challenges facing this prestigious club. What are the challenges and how do you plan to address them?

The beauty of any golf club is the course. The clubhouse is just an aesthetics aspect of it. So the challenge of any golf club are the equipment, which we still face in this part of the world. Because most of these equipment are not easily accessible; they are very expensive.

So we always look unto the well to do among us, cooperate bodies and government to support us. You will see that we levy ourselves all the time, to make available some of these equipment. The kind-hearted individuals among us, we have been able to survive over the years. If not, and like you know, the course is not what you can just put an ordinary caterpillar on. There are special treatments to cut the course. Those are the major challenge in any golf course. The equipment to maintain the course, to be at the required standard all the time.

What are your projections for the club?

I always say in this life you do your best and leave the rest. The founding fathers that started here, they started with a little cubicle. Over the years, captains coming have been adding to it and they will leave. Another person will add and go. In my own case, however, I am projecting that, at least, by the time I leave office, Ibadan golf club would rank among the best, if not the best, in the country. Because our terrain is natural. It is a course constructed on natural terrain. That is the uniqueness of the Ibadan Golf Club. So I could see in the future, even other states governors in the country coming here to play because of the natural ambience we have around us.

Until recently that you emerged as the captain of the Ibadan Golf Club, many of our readers may not know that you play golf. How did it all start?

It is very funny I tell you because years back I was twice my size. My friend that brought me to the golf club is Prince Bayo Adeleke of BANIK. When I was in Lagos, he would come with his friends asking to come and play in Ikoyi. He would leave Ibadan as early as 4 am because he has a game at 7 o’clock, and they need to beat the traffic. So I was always telling them, it’s like you are not all right. Because if you are all right you won’t be leaving your family 4 am just to come and play one tiny ball in Ikoyi Golf Club. They even say it’s not a strenuous game, if you want to exercise why don’t you go and play soccer or play long tennis?

But an incident now happened. I came visiting in Ibadan so we traveled to Ilorin, they had a game. He said I would be right back but I was stuck in my hotel room from morning till 8 pm before they came back. I was like wait a minute, if this is how it is going to be, don’t invite me to any of your golf activities again.

Then he said, come and join. So it was like he forced me to join, he bought the bag and the kit I needed to start playing, and he paid for a professional to teach me. I could not believe it when I started, I always thought it was just walking and all. The exercise I got, the mental alert it gave me. How fast it dropped my weight, and my blood pressure was so bad then. I couldn’t believe it, it was like magic. That was what attracted me to the golf game, and since then I have been addicted to the game.

Apart from the health benefits, you have mentioned, what are the significances of golf to society and its development?

If you want to know what life is, play golf because golf is life. Why? Golf takes worries away from you. When you get on that course, it is not like football whereby when you kick and your target is the goalkeeper. It is not long tennis whereby you are facing an opponent.

When you play golf you can see two or three people play together, you are not opponents. All of you are playing against that course.

It is the only sport you play with about fourteen instruments, whereby they want you to gage how far you can go. And it is the only game they give you room for your mistakes. The more you know how to play, the lower your mistakes. When you start, they will give you 28 handicap, that is called 28 mistakes. So if you stay within your 28 mistakes, if you are better than me and they only give you three mistakes, if you are on your three mistakes and I am on my twenty-eight mistakes, we play the same thing. We are going to return the same score because they know I don’t know how to play. That is life.

They give you chances. And if you get on the course with anybody, aside of what is your name, what do you do for a living and the rest of it, nobody would ask about your handicap.

Before you play from here to the next two or three holes, you can tell the kind of person the other person is. If he is the temperamental type, you see them when they miss a shot or play badly, they start sweating, swearing, cursing, shouting, putting the blame on their cadre. They played the ball but they will put the blame on others.

If they are the cheating type, they expect you to play from here to that place in three times. Maybe by way of not knowing how to play or whatever, you play seven times. They now say how many times did you play? You said I played five times, he is a cheat. They will say that man is a cheat. They won’t tell you, it is like assessing your personality. That is why I said golf is life, and by the time we get on that course, if you go with any trouble you have you can’t play well. So you have to leave whatever troubles you have behind you and concentrate. Because when you play a shot, you want to plan how you want to hit your next shot.

There was this man, a rich billionaire in the United States America and a golfer. He lost all his wealth due to the crash of stocks. A lot of people thought he was going to commit suicide. So the next day people started contacting him, he switched his phone off. They thought he was in for another trouble, he was divorced, he was the only one staying in the house. So they went to his house, the door was locked, they couldn’t see him. They left a note on his doorsteps that, oh boy, we have gone to the golf club, meet us there. By the time they got to the golf club the man was on the golf course already playing. He said to them, “you know I made those money I lost, if I let it weigh me down, I won’t make another one. So to get it off my mind, I have to come and play golf.” That is why I said sometimes, golf is life.

Our club is now 30 years so we are planning an event, hopefully towards the end of the year. Tentatively, it would be last week in November or the first week in December. We were 30 on the first of May this year. So something is coming which I know we are going to partner with City People on.