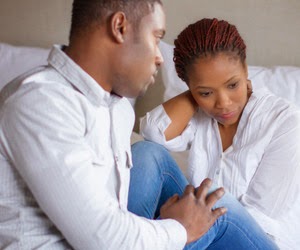 A man in his late 30s, identified as Peter Ibekwe was found dead inside a hotel room in Aba, Abia state, at the weekend.

Ibekwe was said to have told his wife he was going on a business trip to Umuahia, the Abia State capital.

It was learnt that the deceased who resided in the Ogbor Hill area of the city, instead of travelling to Umuahia, went and lodged in a hotel located on Club 25 road, Abayi Aba in Osisioma Local Government Area of the State.

Ibekwe, who was said to have entered the hotel at about 7:30pm the previous night, was however, found dead in his room the following morning when cleaners in the hotel went to tidy his room and initial attempts to open the door proved abortive.

“It was after initial efforts failed that some workers at the hotel forced the door open only to see the lifeless body of Mr. Ibekwe.

“The hotel management informed the police about the incident. The man’s relations were equally contacted before his body was taken from the hotel to the mortuary”, a source told Sun

The source who would not want to be mentioned, equally said that the sum of N200, 000 was found on the man when police from Abayi Division conducted a search on the corpse.

The cause of the man’s death is not known yet though a source close to the police disclosed ‎that autopsy would soon be carried out to ascertain what happened.

But a senior police officer who confirmed the incident assured that investigation into the matter had already commenced.

Man dies in Aba hotel after telling wife he was on business trip to Umuahia was last modified: February 12th, 2017 by Reporter