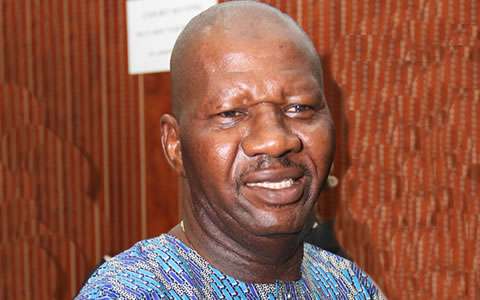 Popular actor, Babatunde Omidina, aka, Baba Suwe, has stated that women love rich men but ignore the struggling ones.

Not much has been heard or seen from the comic actor since his face-off with the National Drug Law Enforcement Agency (NDLEA), over allegation of drug smuggling.

Putting the saga behind him, Baba who lost his wife, Monsurat Omidina aka Omoladun Kenkelewu, some years back has disclosed his plan to re-marry.

In a chat with Sunday Scoop, Baba Suwe expressed his pain over the loss of his heartthrob.

“It has been hard for me to cope since the death of my wife because I don’t have any woman with me. I really loved and trusted my former wife.

“But I will marry again, and it may be soon. However, it also has to do with money, because women will not love you if you don’t have money.”

On the N25m the court ordered the anti-drug agency to pay him, Baba Suwe replied: “The NDLEA did not give me the money the court ordered, and I have forgotten about it. I’m not interested in pursuing any case against them again; I don’t have money to hire another lawyer.

“The former lawyer (Mr. Bamidele Aturu) who was pursuing the case for me is dead. He really wanted us to see the case to a logical conclusion because I’m not a cocaine pusher.

“I was really embarrassed and that incident affected my career and health. During the time, people did not call me for movies. However, I just finished working on my own movie.

‘The death of my lawyer dragged my case with NDLEA’- Baba Suwe was last modified: February 12th, 2017 by Reporter

My relationship with Buhari beyond politics – Amosun